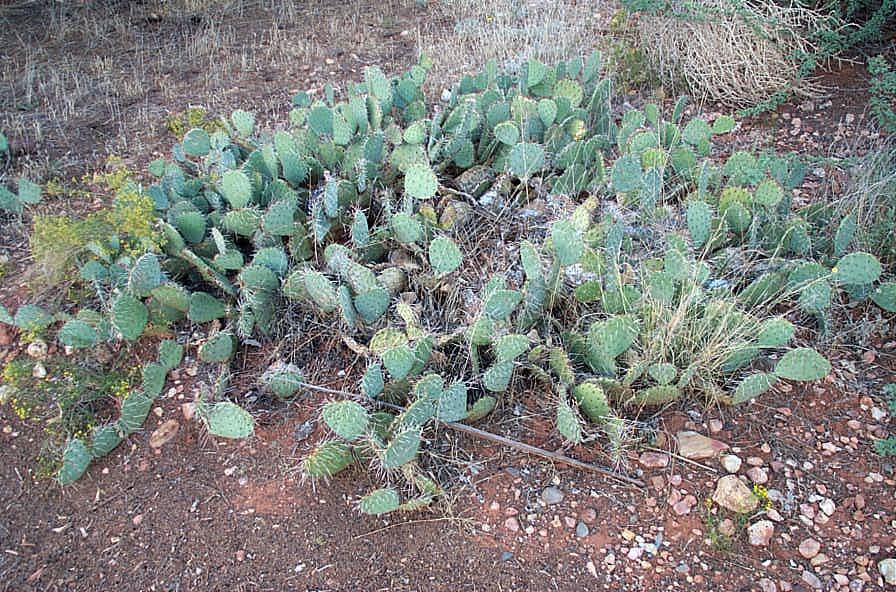 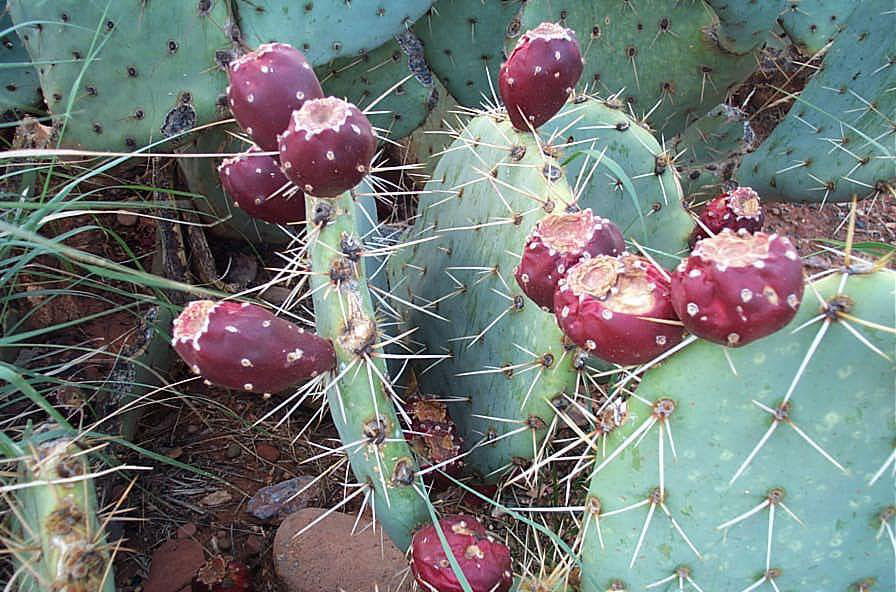 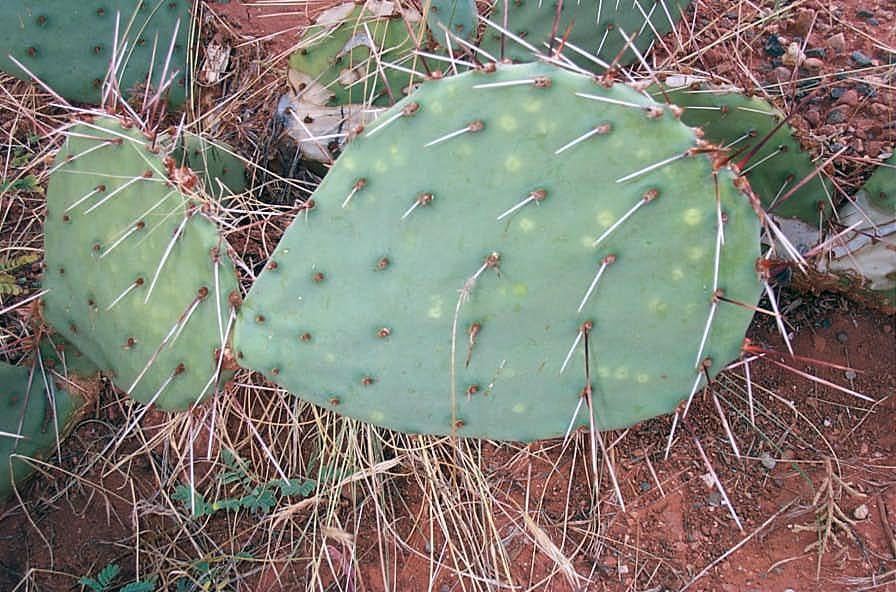 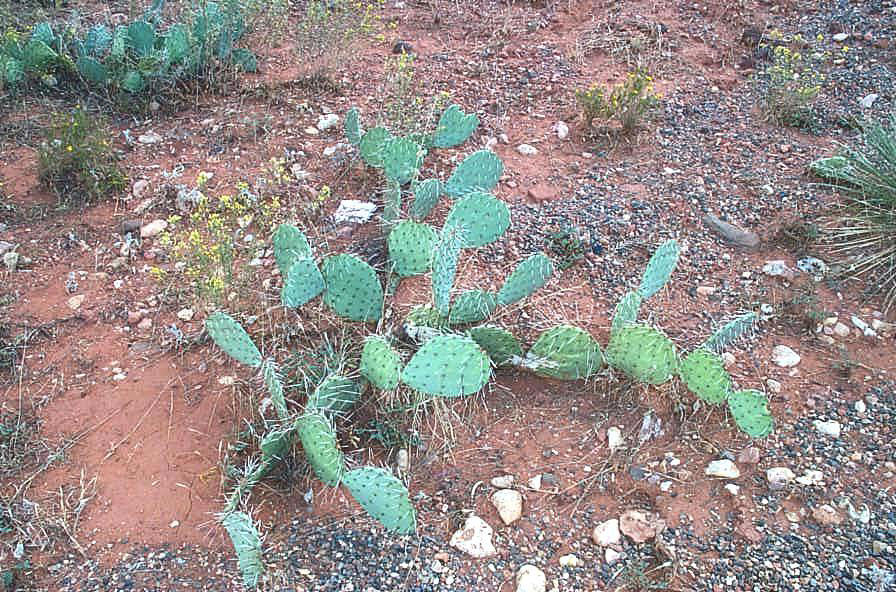 Native to the southwest United States and northern Mexico, and found from California east to Texas, Kansas, and South Dakota in arid environments.

A perennial cactus that reproduces from seeds that may be spread by birds or mammals that feed on the fruits, or by plant parts that may be relocated by attaching to a passing animal. Plants are slow growing, but in time can create dense, widespread stands that prohibit use of the land for other purposes. They also are a valuable food and habitat resource for many small native animals.

Typical of the Opuntia cactus, the stems are thick, fleshy, wide pads up to 1 foot in length and elongate oval, with a succession of the pads growing from the terminal end of the one before it. The leaves are the spines, which arise in small clusters from many points over the surface of the pads, and the spines of this species are extremely long and stiff. The fruits grow singly along the margins of the pads, and when mature are dark red, egg-shaped, and also with short spines on their surface.

Physical removal and destruction by burning can be effective for small infestations. A herbicide can be effective in killing the plants, but dead plants will persist for many years as a physical problem, and will still need to be removed to allow other uses of the ground.