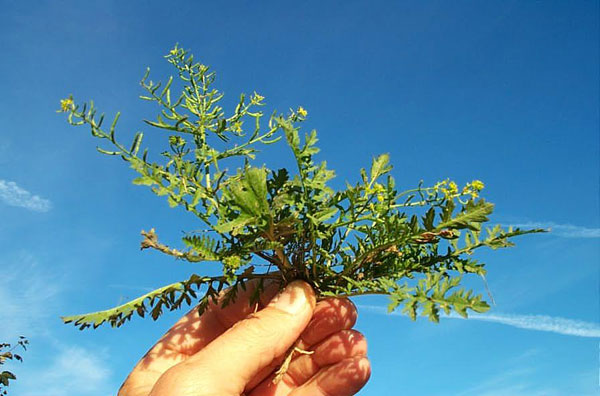 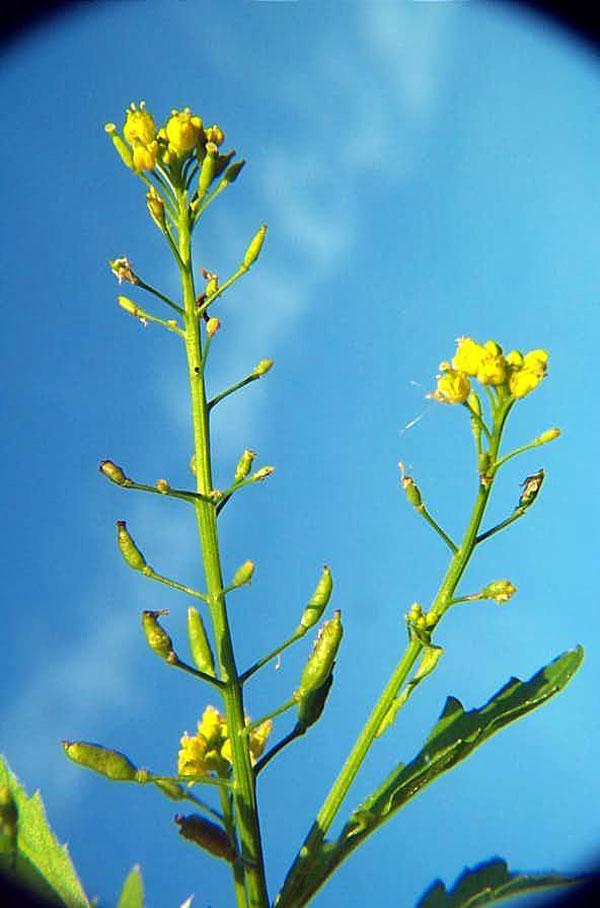 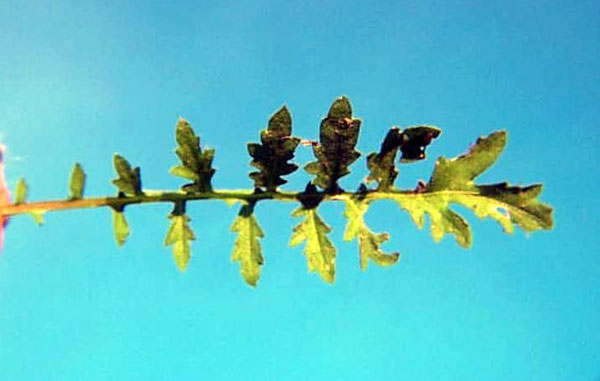 Native to North America, and widely distributed throughout the continent up to Alaska.

Usually an annual weed, but under favorable conditions it may act as a biennial or short-lived perennial. Begins as a basal rosette of leaves and then produces ascending, erect flowering stems. Mature plants become heavily branched. Reproduction is from seeds that may be produced several times each year. Plants also may spread by shoots that eminate from the roots or the crown of the plant.

Mature plants grow as high as 3 feet, with a single primary stem from the base and numerous smaller branches off the stem, particularly in the upper area. Leaves are deeply lobed on the lower part of the plant and the basal rosette, forming up to 7 leaflets on the stalk. Upper leaves are only shallowly lobed and are smaller. Flowers are light yellow and produced in small clusters on the terminal ends of the stems, or on stalks coming from the leaf axils. The seed pod (silique) is short and curves upward, and is on a stalk as long as the silique.

A severe pest weed in many agricultural settings as well as landscape, where heavy wet soils are particularly favorable to this weed. It also occurs commonly in meadows or poorly drained pastures, and in irrigation ditches.