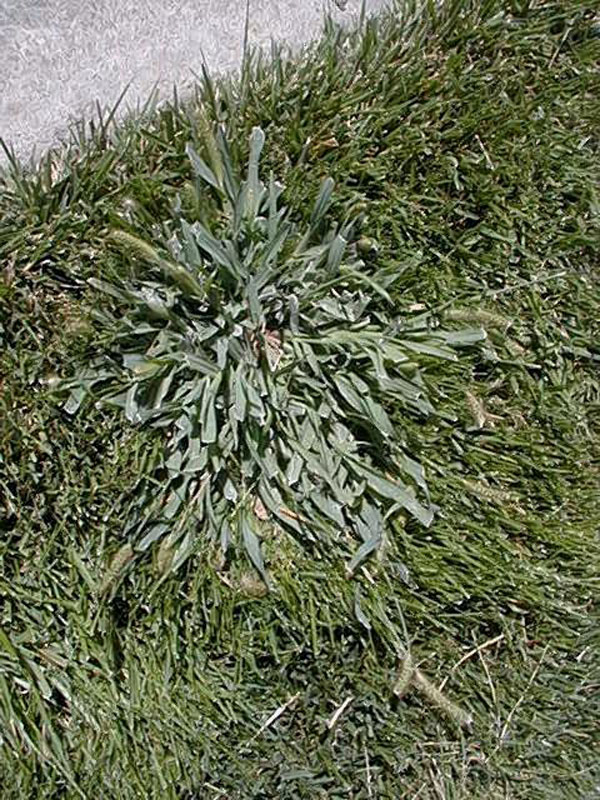 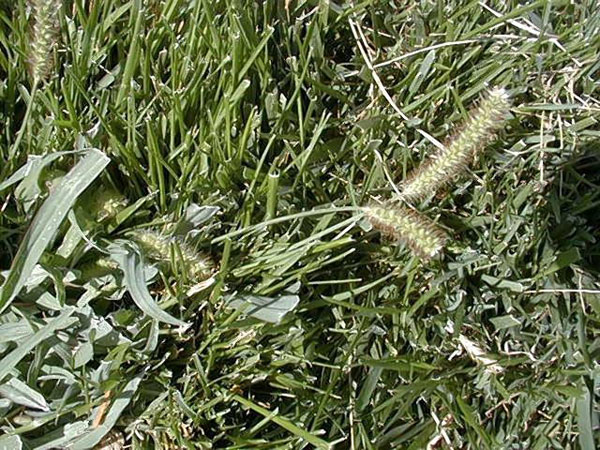 Native to Europe, Asia, and Africa, introduced to the United States from Europe.

An annual grass weed. A problem in many crops including alfalfa and hay fields, due to its seed heads that have downward pointing barbs, causing them to cling to clothing and animal fur. Also grows in turf and along roadsides and ditch banks. Seeds germinate from early to late spring, and plants mature throughout the summer.

Mature plant grows up to 2 feet tall, but adapts in turf to produce seedheads almost prostrate, due to frequent mowing. Relatively few leaves, and the plant tends to spread and branch frequently. Leaf blades grow to 10 inches long, to ½ inch wide, with margins that have a row of short spines that give it a rough texture. The collar area, where the leaf base wraps around the stem, has a fringe of short, white hairs. Flower head is up to 3 inches long, and has the appearance of a rough, bristly spike that forms as a single spike at the end of the stem. The flower “groups” are crowded on the spike, giving it the compact appearance. Distinguished from the similar Green Foxtail by the bristles, which are much longer and more feathery on Green Foxtail seedheads, and which all tend to point upward.