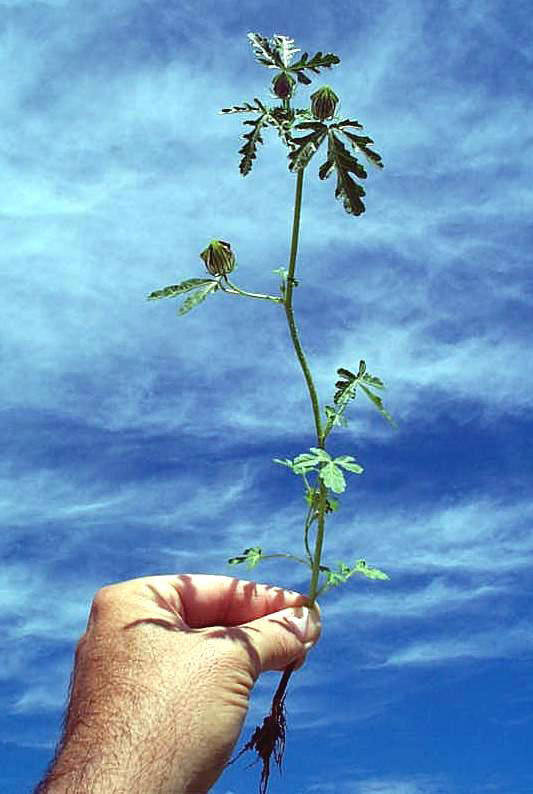 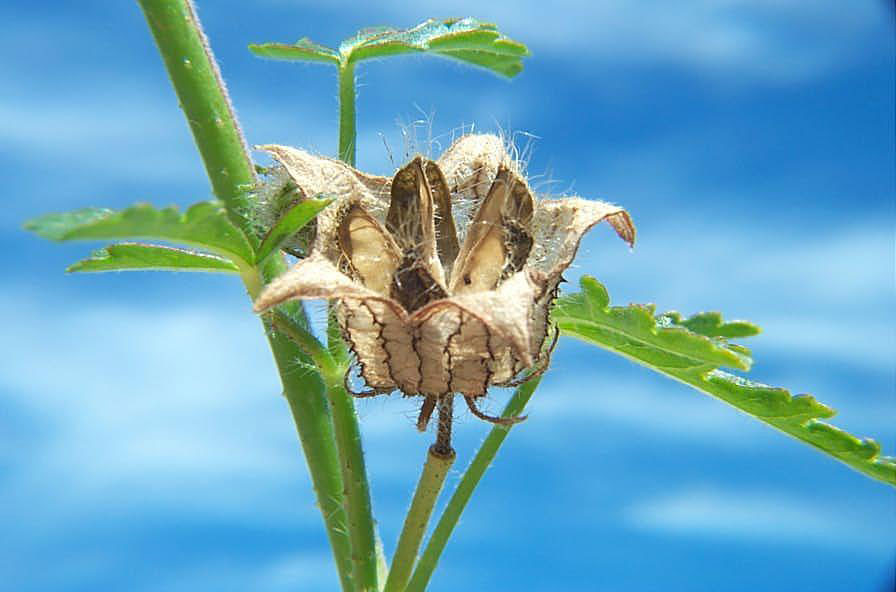 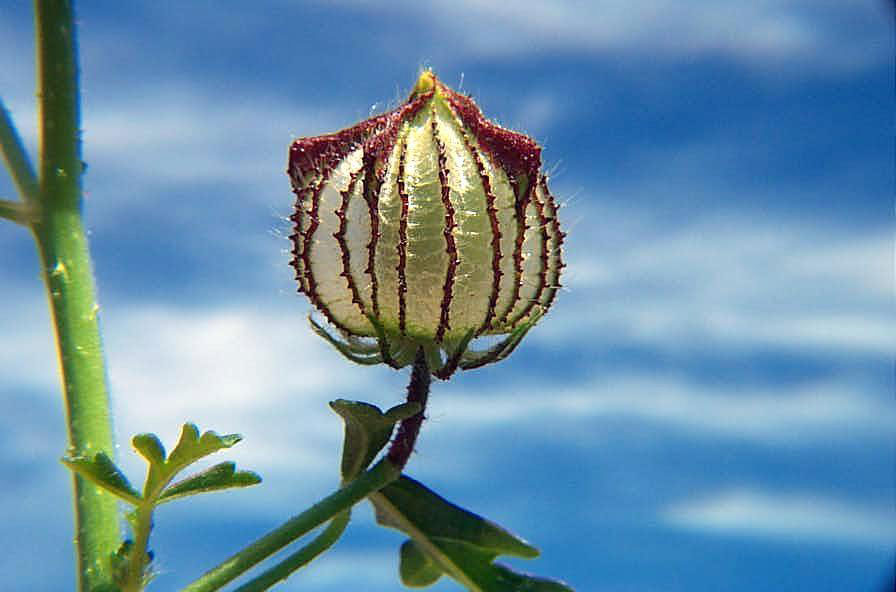 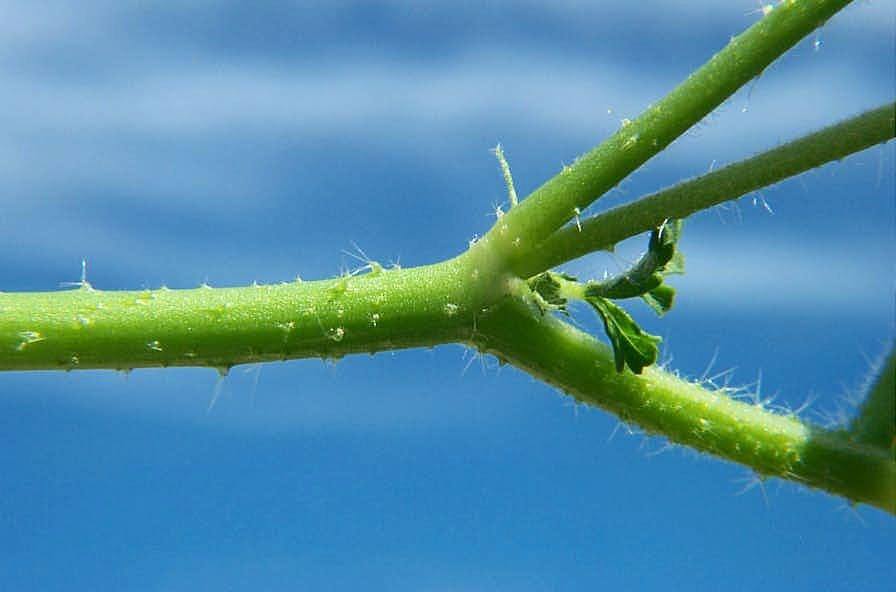 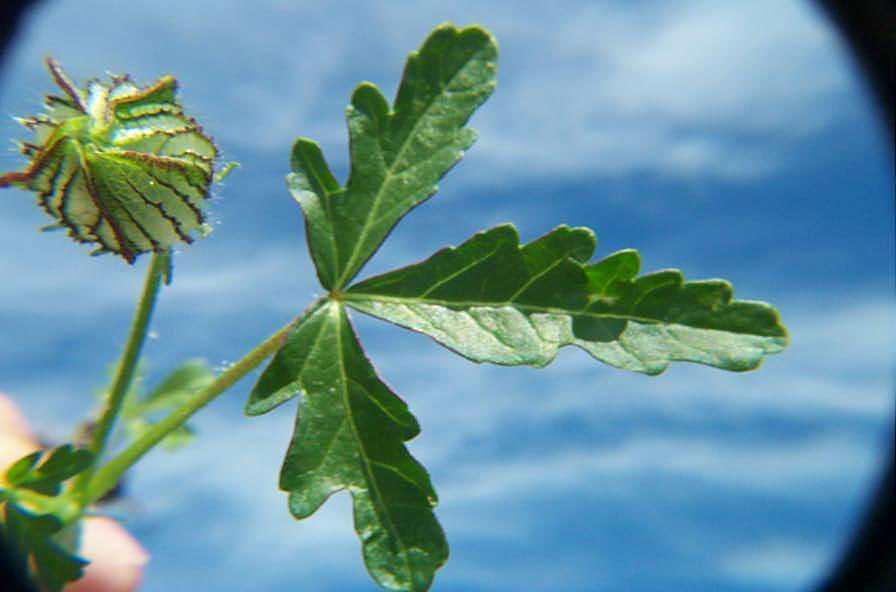 Native to Europe and Africa, but imported to North America where it now can be found in virtually all of the contiguous states. A state-listed noxious weed in several states.

A summer annual that reproduces from seeds. It may be found in many habitats, but generally not in very dry places, preferring pastures, meadows, orchards and other crop settings, and roadsides.

Mature plants grow to about 2 feet tall, usually with a central stem and branches off of it. The leaves are relatively large and deeply palmate, with the lobes nearly separated from each other and with additional lobes on the main lobes. The stems, ventral sides of the leaves, and the flower heads are covered with short, bristly hairs. The showy flowers are pale yellow to white with dark maroon bases to the petals. After these fall the sepals remain fused together to form an enclosed pod that is large and lined longitudinally with maroon ridges. Once the seeds mature this pod opens starlike, leaving a papery chamber on the plant.

Physical removal from landscape settings can be done prior to maturation of seeds. A contact or systemic herbicide will effectively kill the plants.