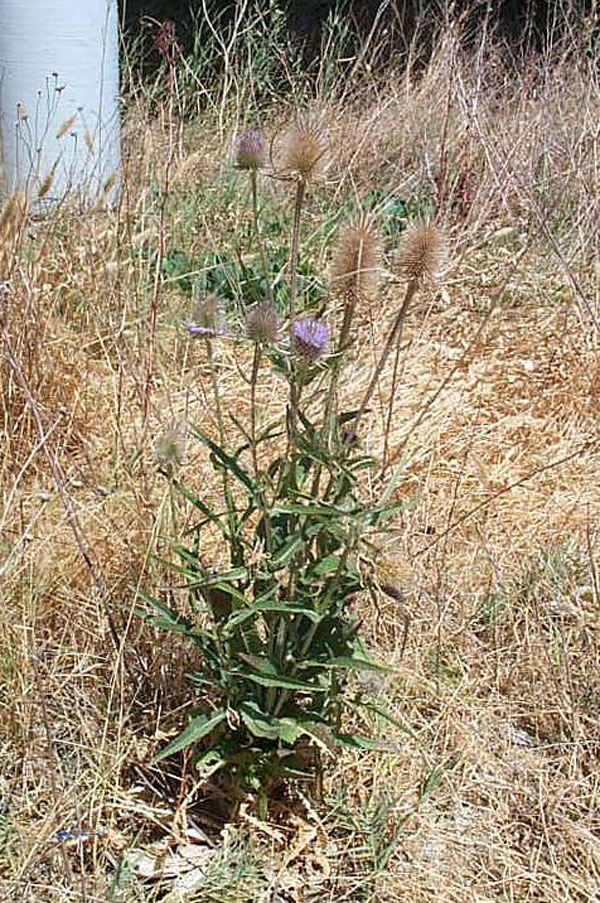 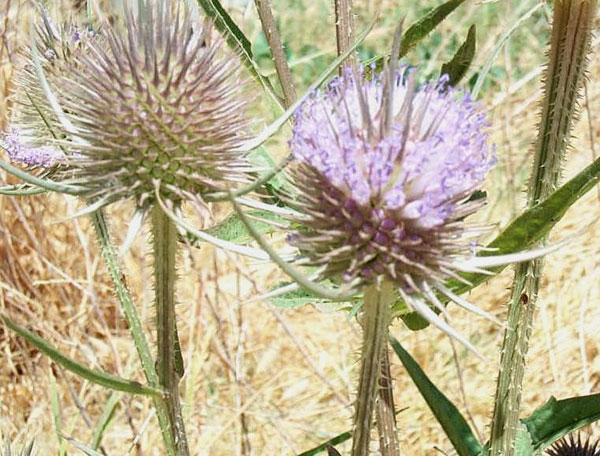 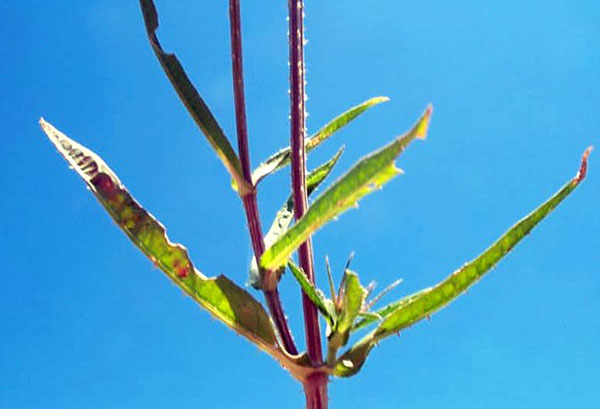 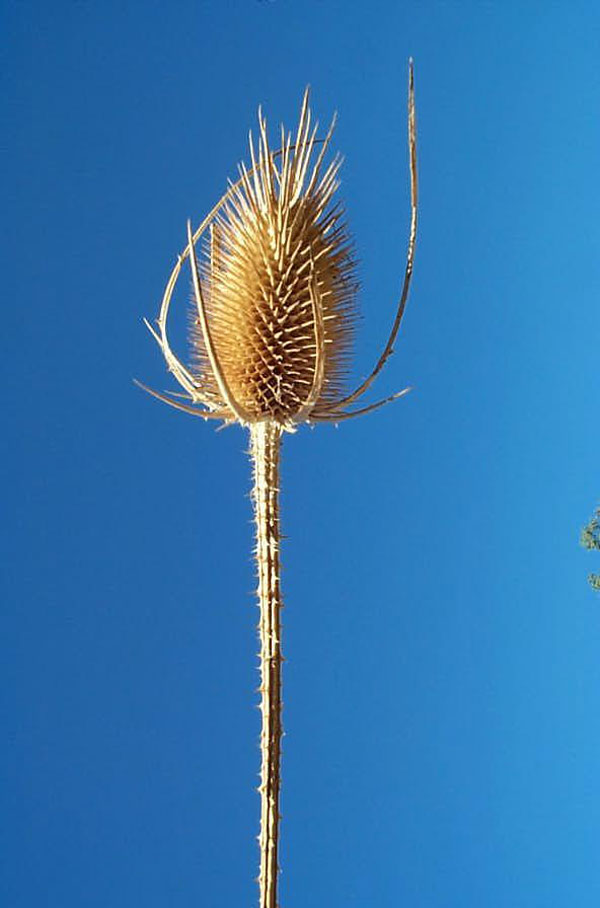 A native of Europe, and now found throughout much of the United States with the exception of the northern Great Plains. Most common in the northeast and Pacific Coast states.

A biennial that looks very much like a thistle, due to its spiny stems and spiny flower head. The large flower heads will persist on the dead stems throughout the year, and often are used in decorative flower arrangements. Reproduction is from seeds that germinate in late summer and the fall, with plants over-wintering as the basal rosette of leaves.

Mature plants are easily identified by the large, egg-shaped and spiny flower head. Plants can grow to over 6 feet high as a single or branched stem arising from the base. The stem is sharply angled and along most of its length it has short, spiny prickles. Leaves are either the large, oval basal leaves that die in the second season as the stem arises, or the long but narrow leaves that grow sparsely along the stems. These are attached directly to the stem, they are opposite, and prickly on the midvein of the lower surface. The flower head is a large, egg-shaped object covered with bristly spines. Below this there are a half dozen long, thin bracts that curve up around the flower head, and these also persist after the plant dies. The flowers themselves are small, pink to purple, and are arranged in a spiral around the spiny head as though they are poking out through the bristles.

Damp, rich soils are particularly favorable to the growth of this plant, although it also tolerates meadows and waste areas, as well as low-maintenance turf or landscape. Physical removal is effective for small populations of the plants.