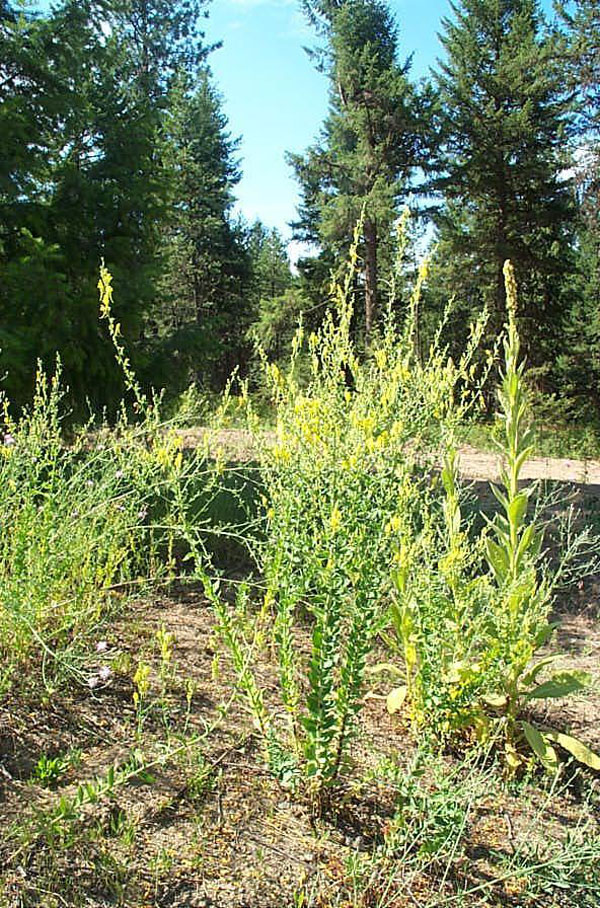 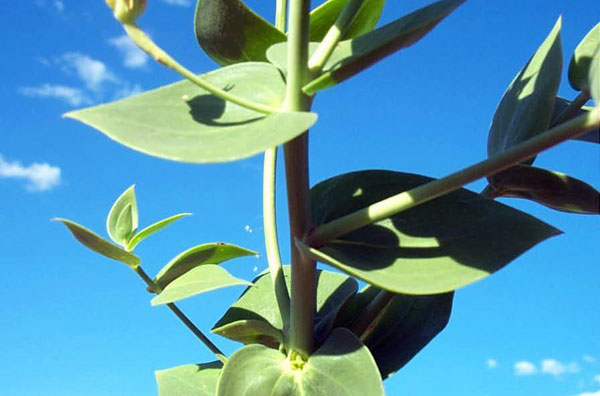 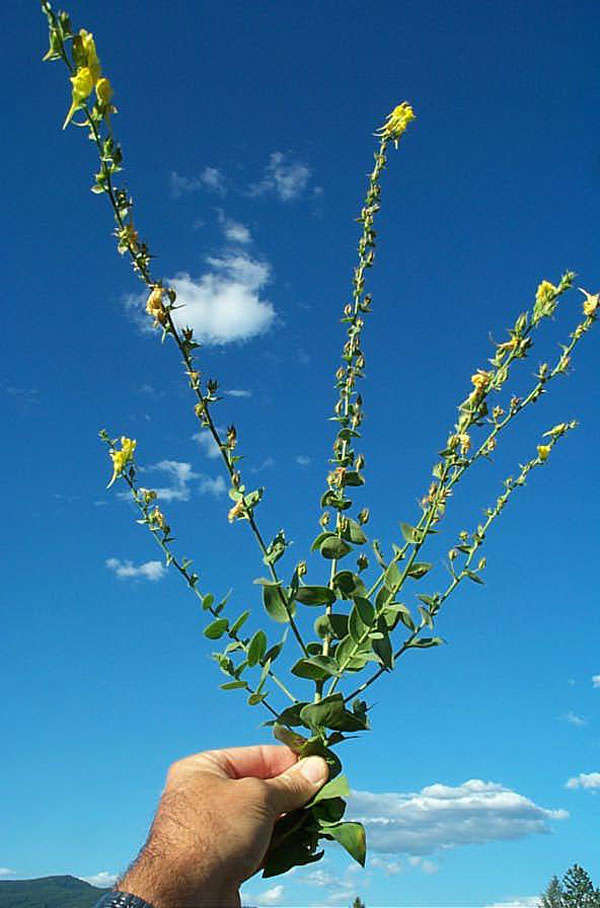 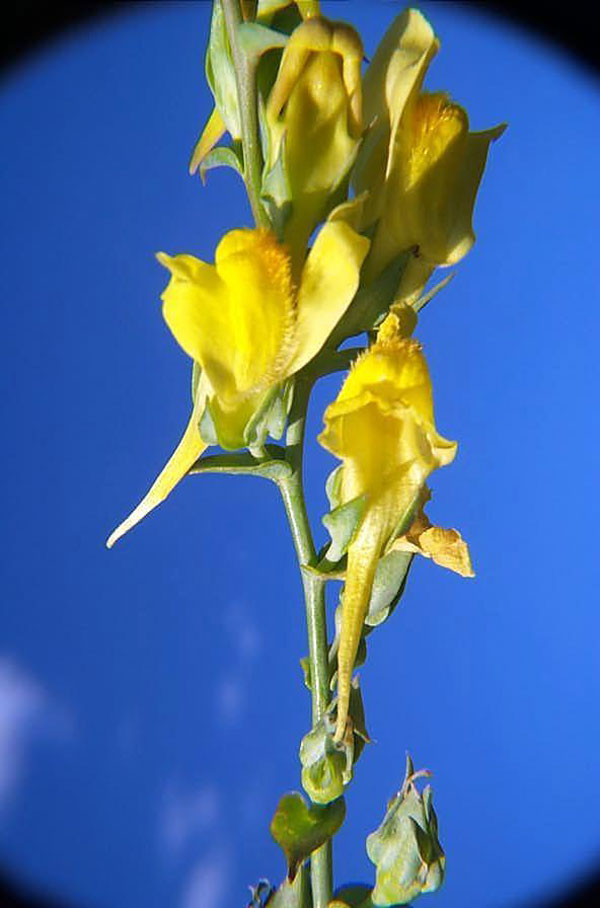 Introduced from Europe, possibly as a garden ornamental, and now found as a serious weed problem in the United States throughout the northern states and in the west from Oklahoma to California.

An upright perennial weed that reproduces from seeds and spreads by underground root stalks. The root system is deep and extensive, adding to the difficulty in controlling this weed. Plants are found along roadsides, in pastures and rangeland, in waste areas, and are highly tolerant of dry soils. As stands of the weed increase they crowd out native and desirable vegetation. Linaria species also tend contain poisonous glucosides that can be toxic to livestock.

Mature plants grow to over 3 feet in height on numerous thick stalks that branch along their length. Leaves grow alternately along the stem and clasp the stem at their base, forming a solid length of leaves along the lower two thirds of the stems. The leaves are oval to spade-shaped and are broader at the base. They are a light green color and thickened. Flowers are yellow and showy and have the shape of pointed snapdragons. The upper stems continue to elongate and produce the flowers successively at the end, with lower flowers opening and those below turning to seeds.

A systemic herbicide will be necessary to control the plant and its root system. Foliage dies back in the winter, with new growth from the roots each year.