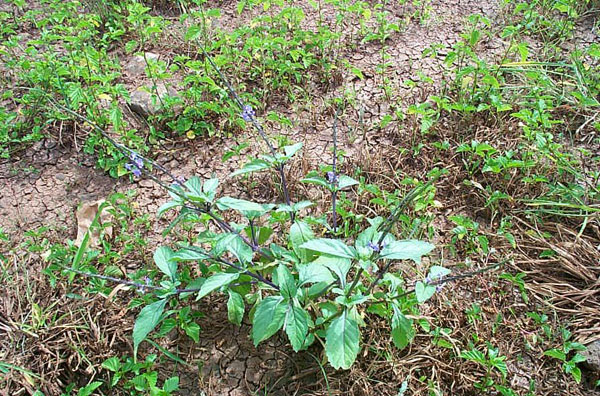 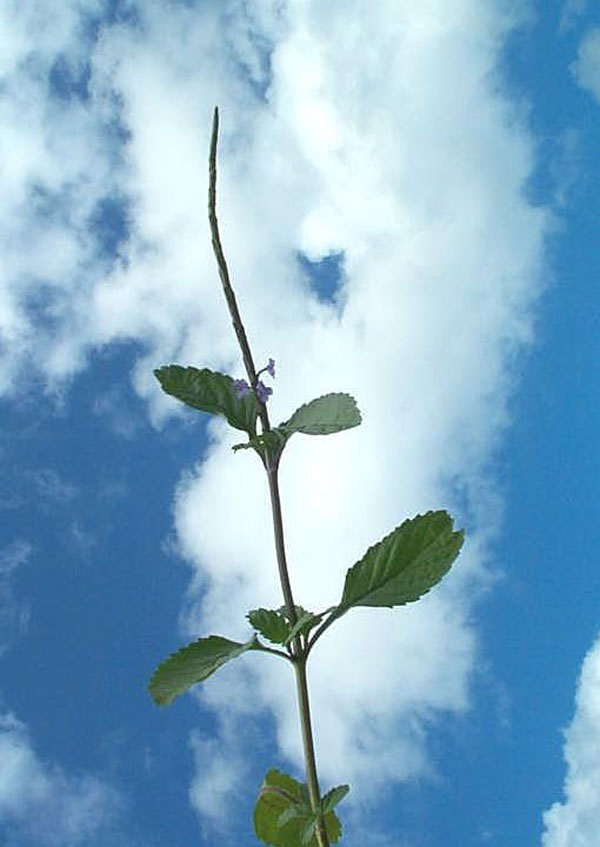 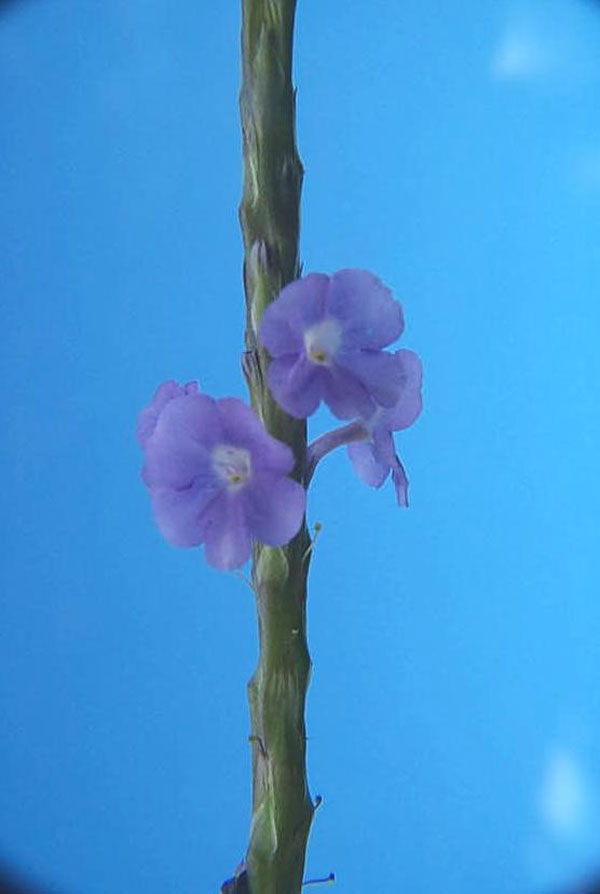 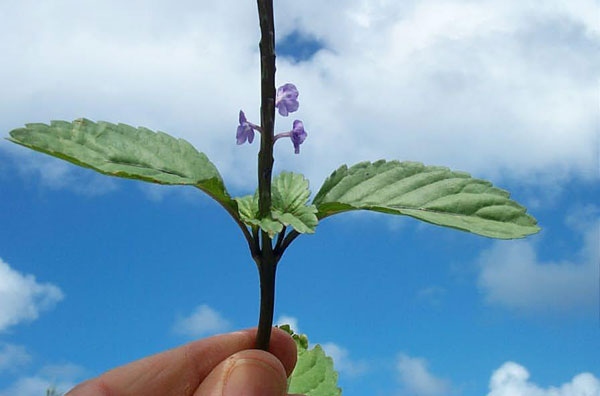 Native to tropical North and Latin Americas, and found in the United States in Florida and Alabama. It also has been introduced to Hawaii, where it is an extremely common roadside weed.

An annual or short-lived perennial weed that reproduces from seeds. In Hawaii it has been declared a noxious weed due to its rapid growth and ability to crowd out desirable vegetation. Plants grow well in most habitats, from dry to wet soils and sea level to middle elevations, and it can be found on roadsides, in pastures and rangeland, cultivated crops and other disturbed sites.

Mature plants have tough, fibrous stems and stalks, but grow upright to spreading, and to a height of as much as 6 feet. Lower branches may be semi-prostrate and turning upward at their outer ends. Foliage is sparse, giving the plant a fairly open look. Leaves are opposite and slightly hairy, and are ovate and about 3 to 4 inches long. They have pointed tips and serrate margins, and occur on short stalks. The stems and branches terminate with the long, slender flowering spikes that may be up to 12 inches long. The small flowers are violet to bluish with a white area in the throat, opening in small numbers along the spike.

Individual plants are easily removed by hand, but extensive infestations may be controlled with a systemic herbicide. Plants produce abundant seeds throughout the growing season, and a pre-emergent herbicide will be needed to prevent reinfestations.