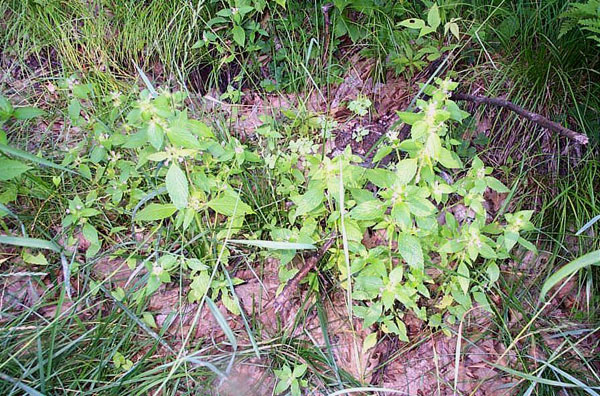 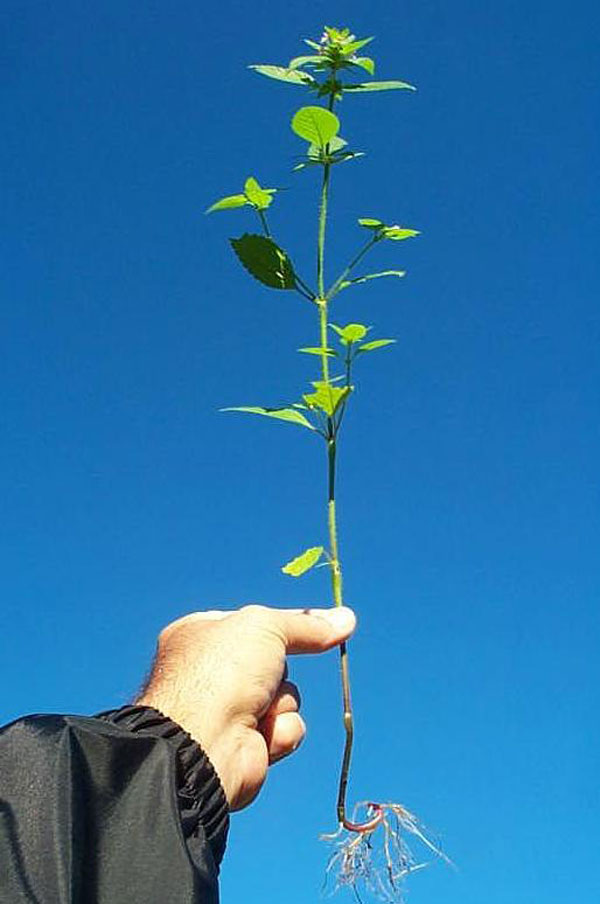 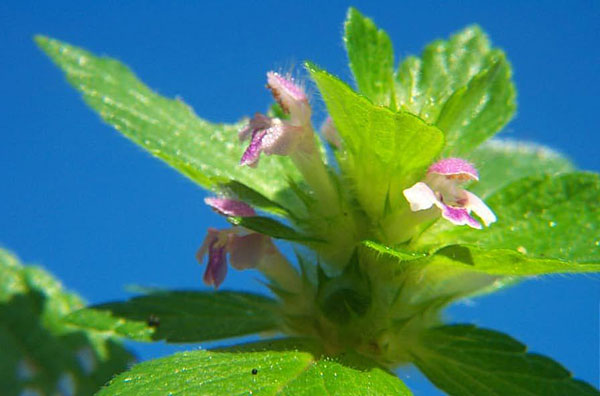 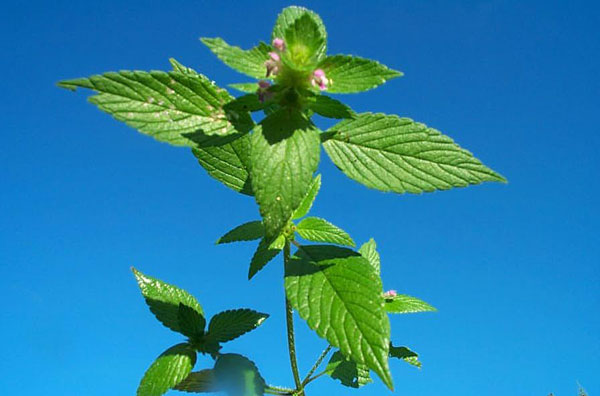 Native to Europe, but introduced as an ornamental plant to the United States, where it is now found throughout the northern half of the country as well as in Louisiana.

An annual that reproduces from seeds, this plant can be found along roadsides or in other disturbed sites, especially in very damp soils. It has some medicinal uses, but plant parts also are toxic and may cause paralysis if ingested.

Mature plants grow to around 1 foot in height, with one to several stiff but brittle stems. Leaves and stems are covered with soft hairs. Leaves are opposite on short stalks, and they are elongated spade shaped with a sharply pointed tip and serrated margins. Typical of this family, the flowers form in compact clusters around the stem at the bases of the leaves. The flowers are pink and irregular in shape, fused at the bases to form an elongated tube within the calyx. The upper petal is concave and forms a cap over the lower petals, and the middle lower petal forms a lip.

Control is rarely needed for this plant. Physical removal is effective where needed.