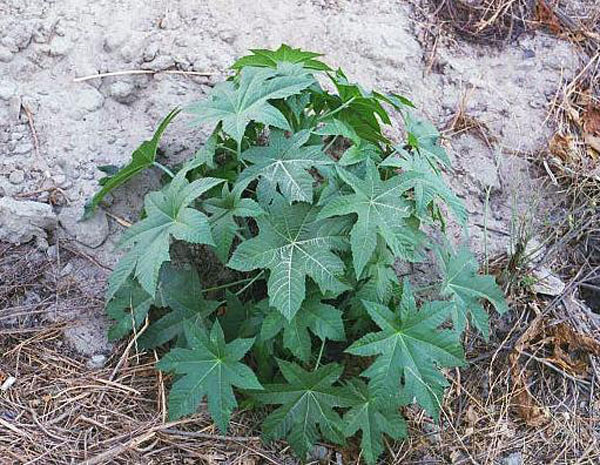 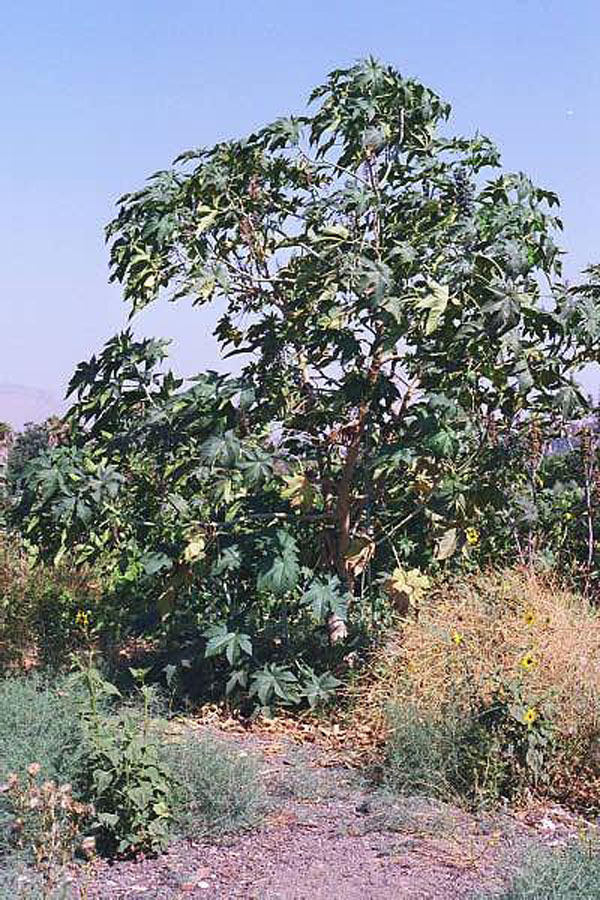 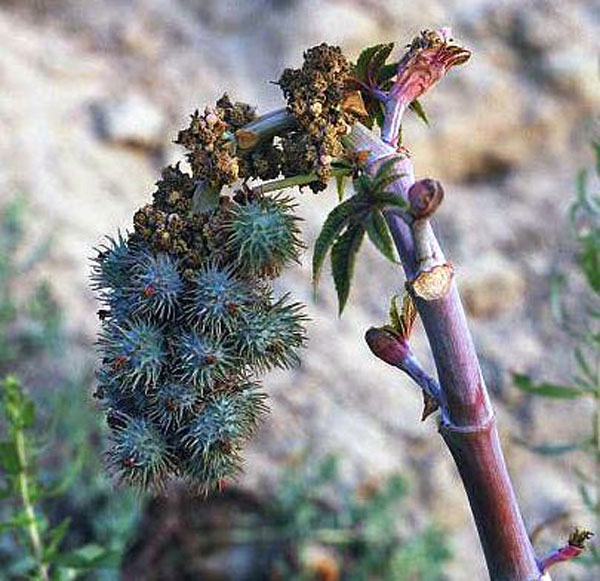 Native to Asia and Africa, and now a widespread weed in southern California. Castor bean plants are cultivated for their oil (castor oil) and were imported for this use, but have escaped cultivation to become a problem along roadsides, ditch banks, and waste areas.

A perennial shrub that may grow well over 6 feet tall, in a wide, sprawling fashion. Propagation is from seeds, and the seeds look remarkably like an engorged tick, resulting in the genus name of Ricinus, which is the name of the Mediterranean Sheep Tick. While seeds are produced for their medicinal oil they also are highly toxic, and have resulted in poisonings in both animals and humans when they have been eaten. Handling of the seeds may also cause skin irritation.

Stems are woody but pithy, and multiple, branching stems arise from the base. Leaves are very large and palmately lobed, with from 5 to as many as 22 lobes fanning out from a central point on the stalk. The lobes have serrated edges, and the stalk is lined with conspicuous glands. Seeds form in dense clusters at the ends of the stems, as spiny fruit that contain several seeds. The seed pod is reddish to purple, and it opens to release the seeds at maturity.

A perennial with a heavy production of seeds.