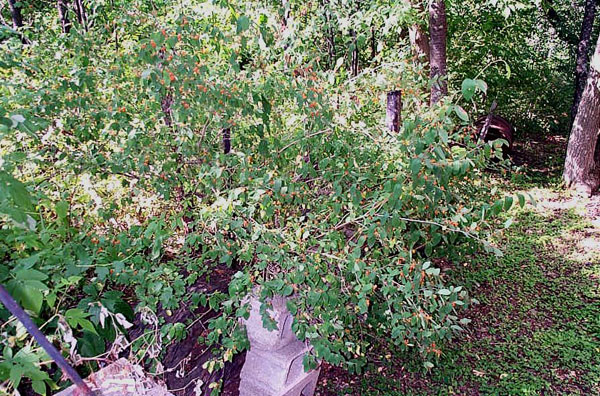 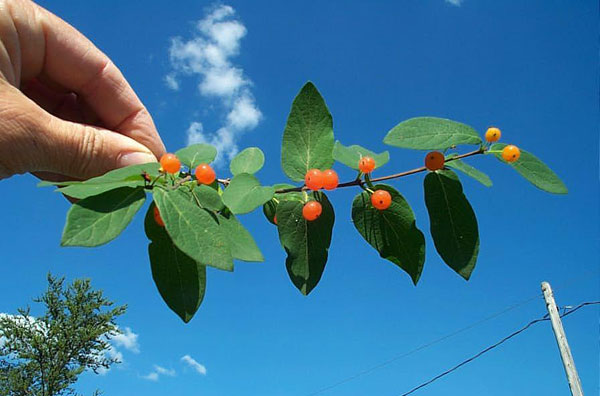 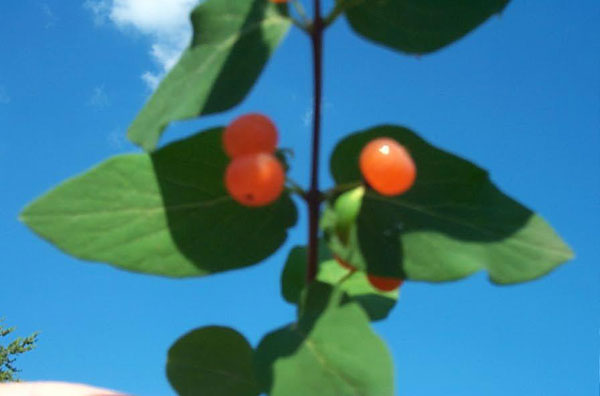 Native to Europe, but introduced to the United States as a garden ornamental, and it has escaped cultivation to become an invasive plant throughout the northern U.S. and southern Canada west to Montana and north to Alaska, as well as being found in California.

A perennial shrub that can grow to over 12 feet in height and in a wide, spreading habit. Reproduction is from seeds, although plants that are cut down can re-sprout from the persistent roots. Berries are edible for birds, which then disperse the seeds to new areas. A common woodland shrub, found along roadsides, fence lines, and in landscaped areas.

Foliage is lost during the winter, leaving the scaly stems and peeling bark during this cold season. The leaves are opposite and are a large, elongate-oval shape with short stalks. The mature leaves have a soft feel but are nearly without hairs, and have smooth margins. Plants produce conspicuous berries that turn red as they mature. Flowers are pink to white and very small, in pairs on a long stalk that arises from the leaf axils.

Where control is needed a systemic herbicide will be necessary to kill the entire plant, including the root system which is capable of new growth. Physical removal of the persistent woody stems and trunks will then be needed.