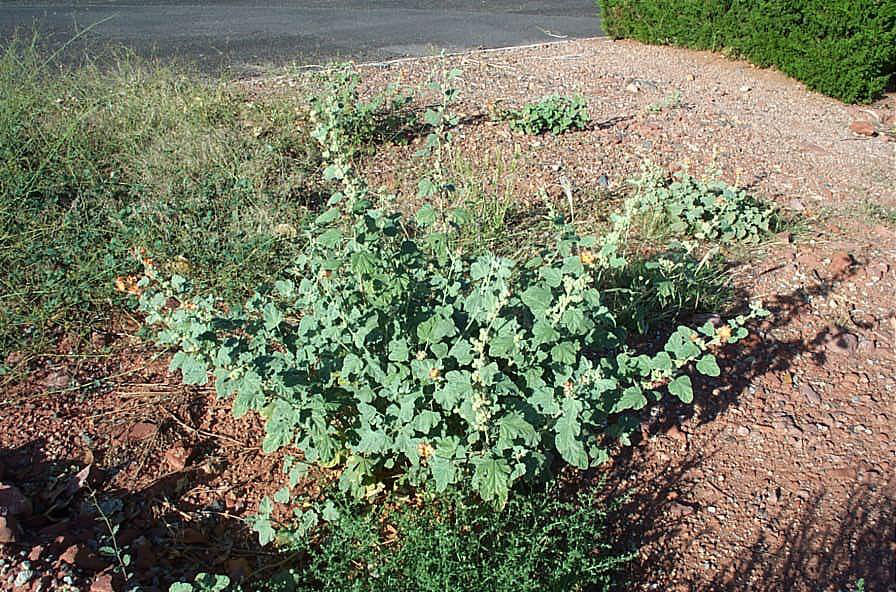 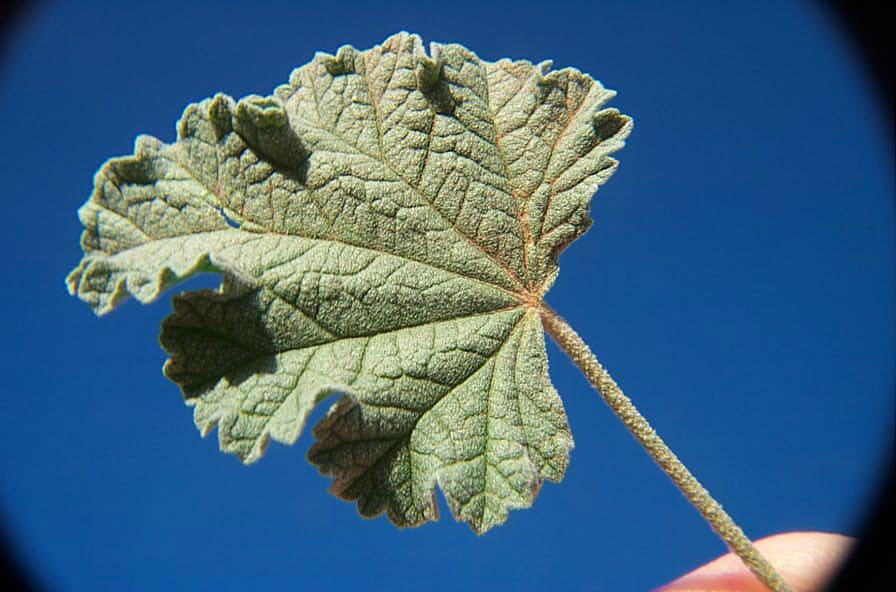 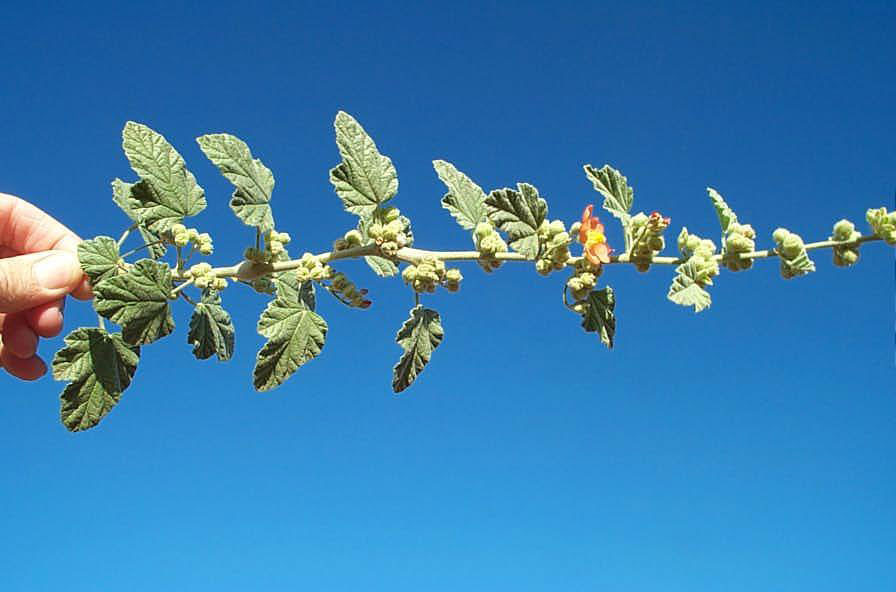 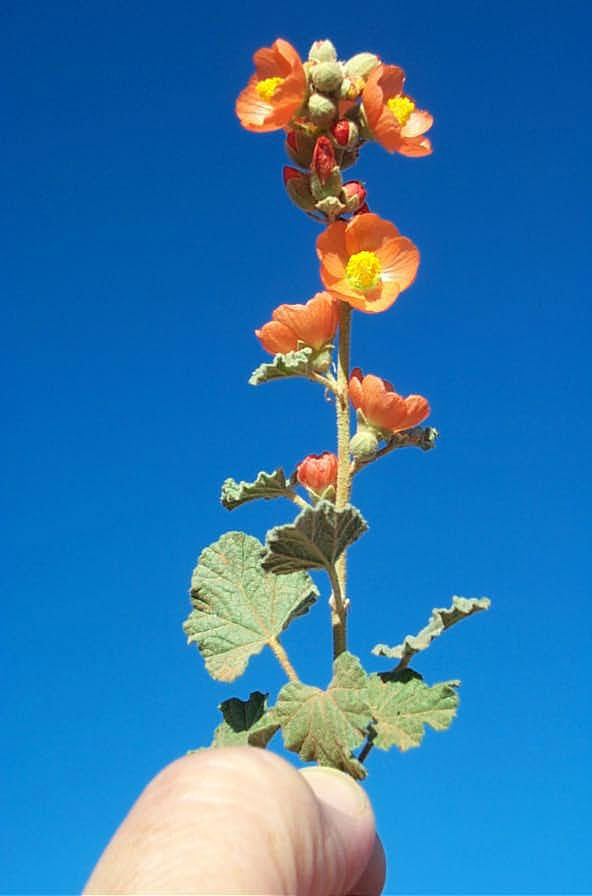 A native plant in the southwest states, occurring from Arizona to Texas.

A perennial that reproduces from seeds and from roots, common in arid environments along roadsides, in waste areas and disturbed areas, and in natural habitats. Plants were used by native Indians as a remedy for diarrhea.

Plants have an upright growth habit, becoming bushy as they age, forming numerous sprawling stems from the base of the plant. The large, hairy leaves are alternate along the stems, spaced well apart and with long stalks, and the plants attain a busy appearance due to the many stems and large size of the leaves. The leaf is palmate, with toothed margins and lobes that may be slightly or very deeply cut. The entire surface of the leaf, top and bottom, as well as stalks and stems are covered with short hairs, giving the plant a soft grayish appearance. Flowers are bright orange with yellow centers, and grow singly or in small clusters on stalks that arise from the base of the leaves.

Generally not needing control, and considered a native wildflower. If found in landscape the plants may be physically removed.