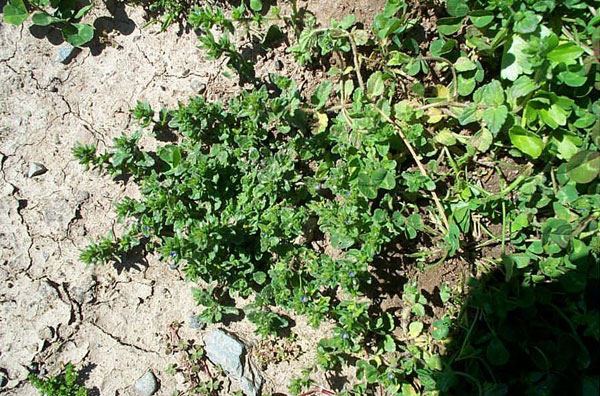 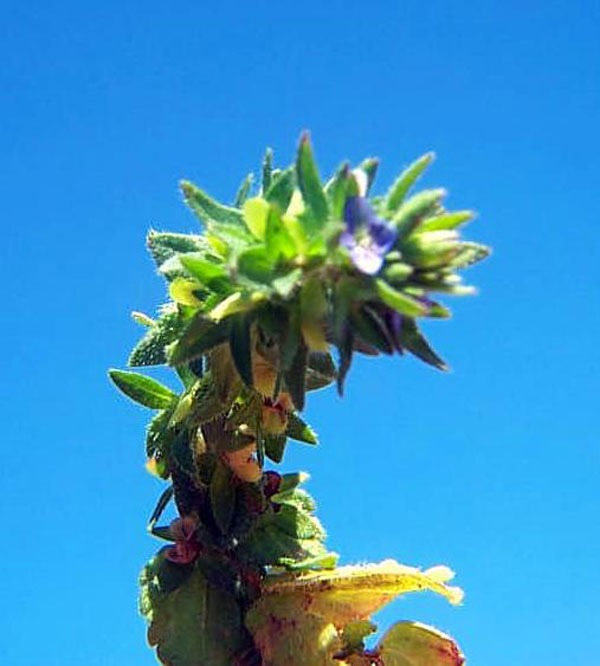 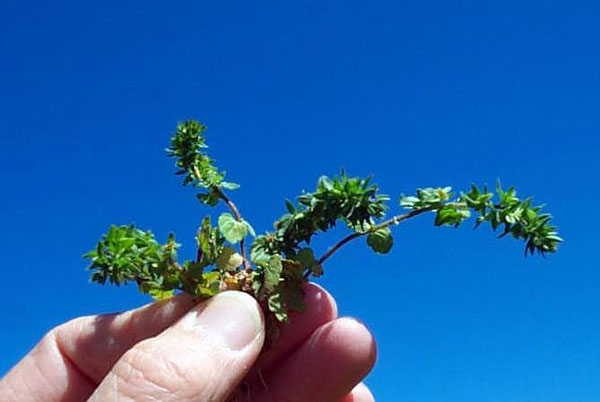 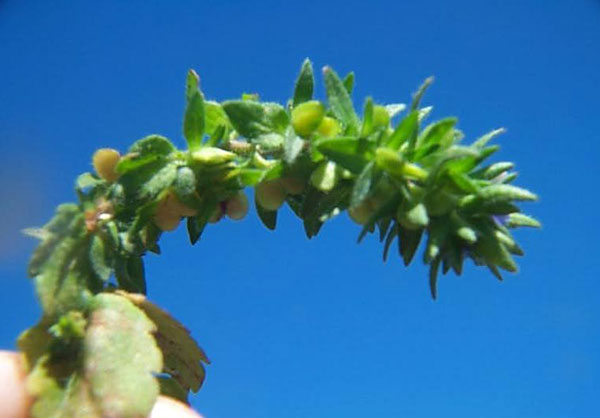 A native weed in North America, and found throughout virtually every state in the U.S., in southern Canada and south into Latin America.

Sometimes an annual weed but most often a perennial, with reproduction from seeds. Plants are prostrate and will form dense mats that crowd out other low-growing vegetation such as turf, where it is a serious problem. It also grows in any disturbed site, in fields, and along roadsides.

Mature plants stay low and spreading, with branches growing out over 1.5 feet long from the base. It branches profusely to form thick mats. The small leaves are densely crowded along the stems, and are short, with pointed tips, and with their bases tightly adjoining the stem. Leaves and stems are covered with short, rough hairs, and the leaves are parted into 3 lobes. The tiny flowers arise from the bases of the leaves, usually at the ends of the stems as elongated spikes. They are pink to pale blue, and each flower has a long, leaf-like bract extending beyond the flower itself.