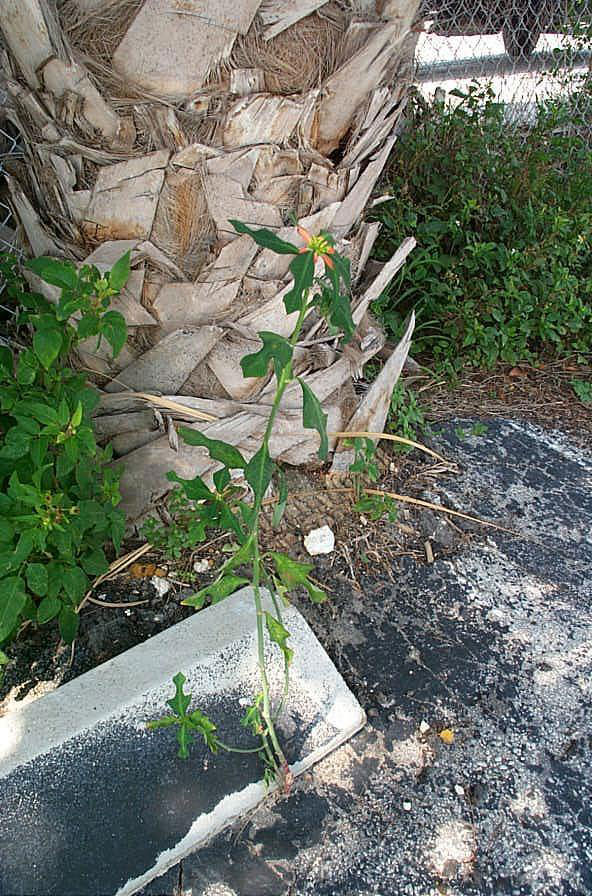 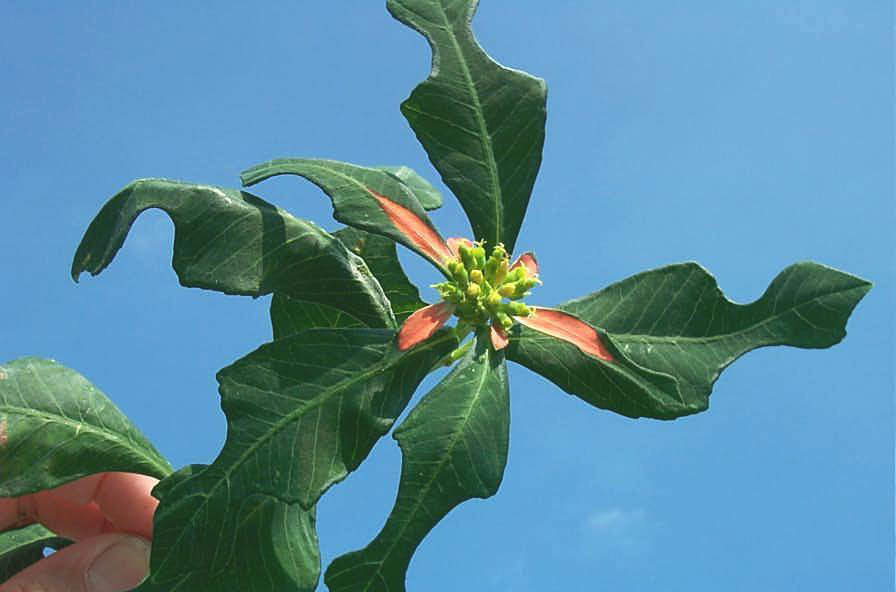 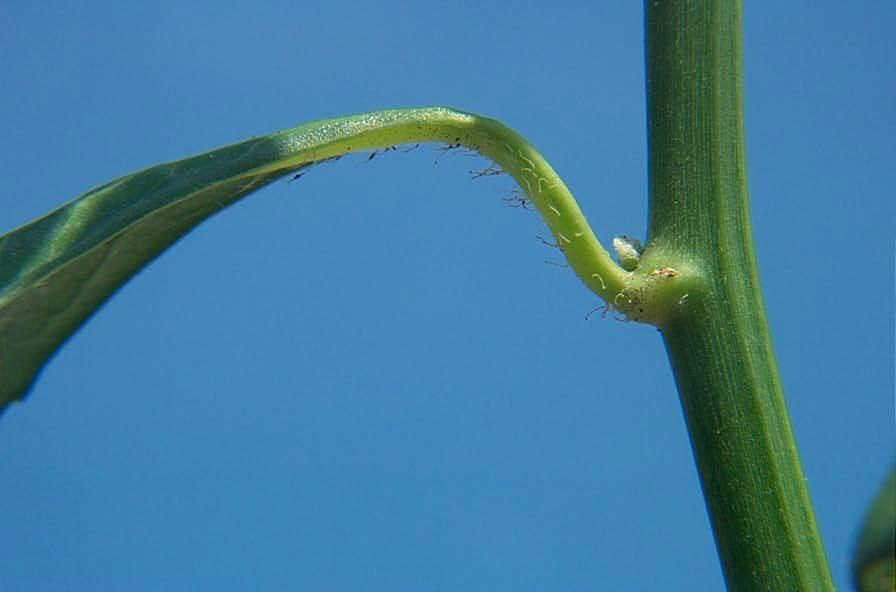 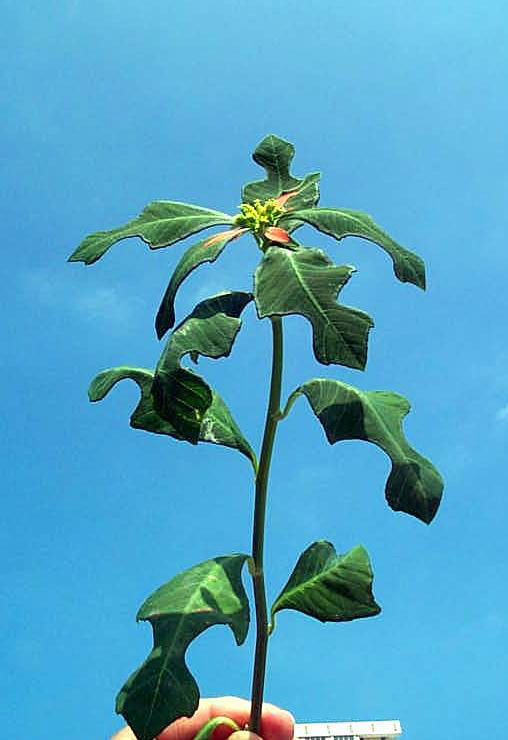 A native plant in the southeastern United States and Latin America, and through cultivation as an ornamental plant now found throughout the southern half of the U.S., north into the Great Lakes region, and in Hawaii and the West Indies.

An annual plant in cold climates, but surviving as a perennial in the warm southern states. Reproduction is from seeds. Not generally an invasive plant, but can be found in empty lots or other disturbed sites.

Mature plants are upright on thick, strong stems. Foliage is thick and a smooth, shiny, dark green. Leaves are “fiddle” shaped, with the middle of the leaf narrower than either end, and leaves are on long stalks. When broken, all plant parts exude a sticky, white sap. On the terminal leaves the base of the leaf and extending up onto the mid-vein is a bright red color. Flowers are small and form in an open cluster at the end of the stem. They lack petals, but have green, enclosed sepals with the stamens protruding from it.

Generally not an invasive weed. If growing where not wanted it is easily removed by hand.