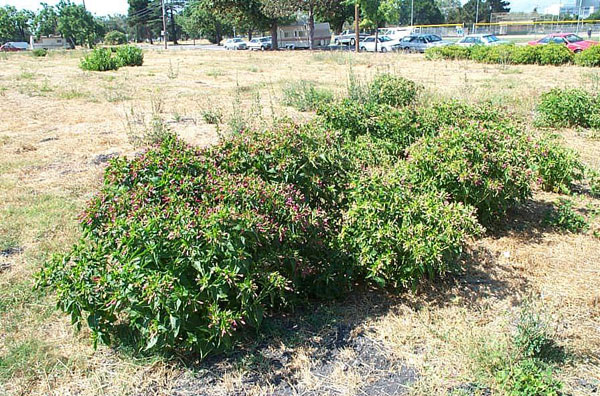 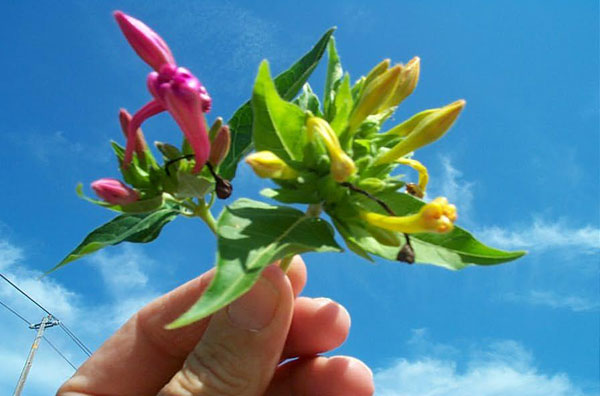 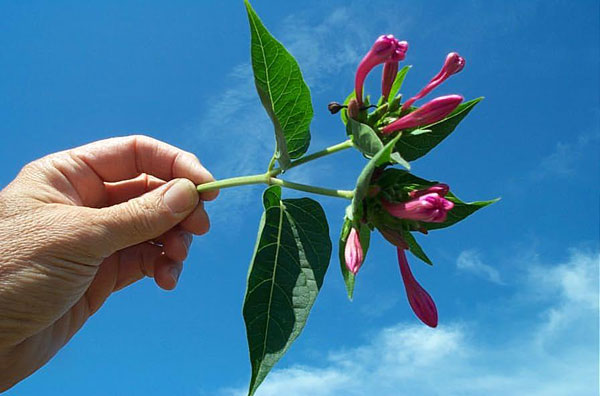 A native of tropical Central and South America, but introduced to the United States as a garden ornamental. This is a prolific producer of seeds, and plants easily escape to become invasive in other areas, now being found throughout the eastern half of the U.S., and west in the southern half to California and Hawaii.

A perennial broadleaf plant that reproduces from seeds. Plants are bushy and fast growing, creating large clumps in gardens and empty lots. Well adapted to dry soils. Plants produce flowers of various colors, including red, orange, pink, or yellow, and flowers do not open until late afternoon.

Plants grow to over 3 feet in height and often as wide with their numerous branches and bushy habit. Leaves are up to 4 inches long, ovate with pointed tips, and truncate at the base with a short stalk. Flowers are tubular, remaining closed throughout nearly all the daylight hours. Large black seeds are produced that generally fall to the soil around the plant.

Physical removal is easy for individual plants, but the heavy seed production will probably require follow-up removal or chemical controls. Seeds can remain viable in the soil for years.