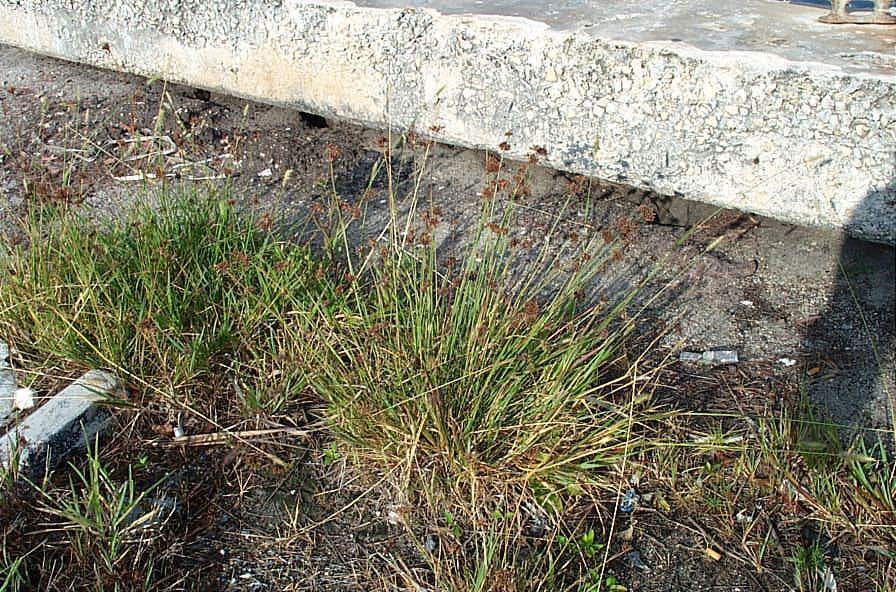 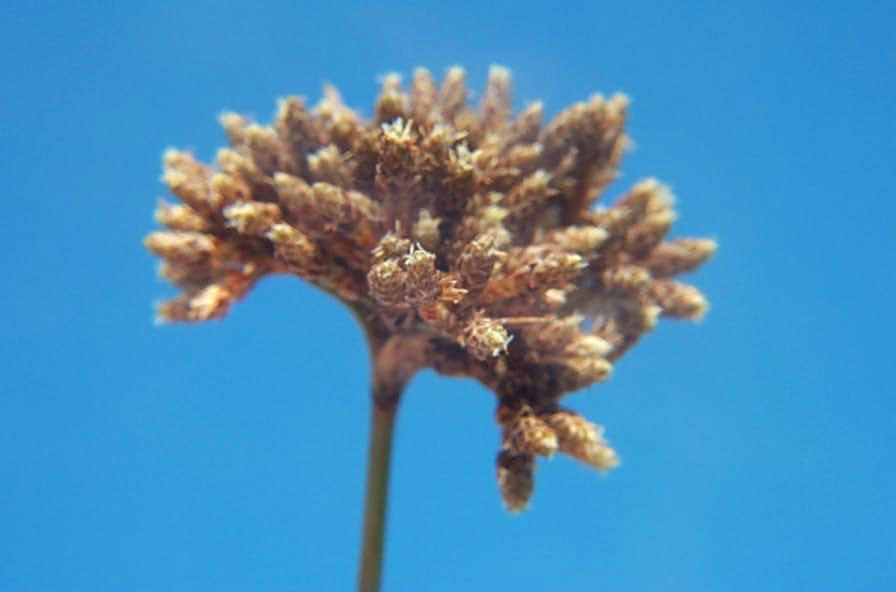 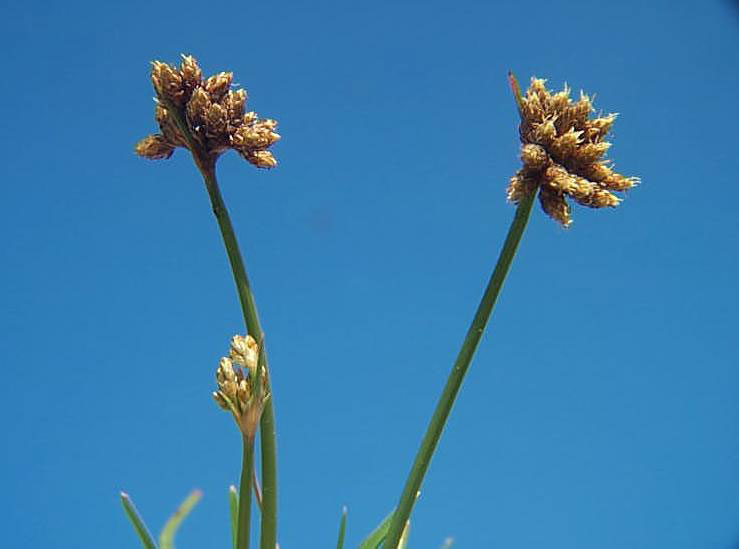 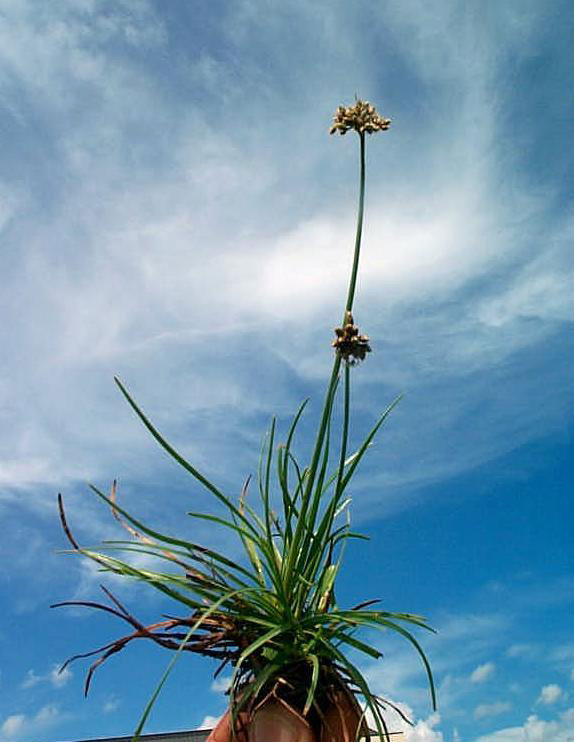 Native to Florida and the West Indies, and also found in Hawaii, throughout Latin America, and in the Old World tropics.

A perennial weed reproducing from seeds and spreading by rhizomes that form extensive patches of this plant, competing easily with other plant life. It is especially common in brackish areas and dry waste areas, although it is able to grow easily in other habitats as well, including turf.

Plants form tufts, with several erect stems that are triangular in cross-section and without branches to the point where the seed clusters form. The basal leaves are very narrow and flat or slightly rolled, and at the area of the seed cluster there are a few additional, very short leaves. The seed head is a dense cluster of brown flowers whose margins have a scaly or papery look to them.