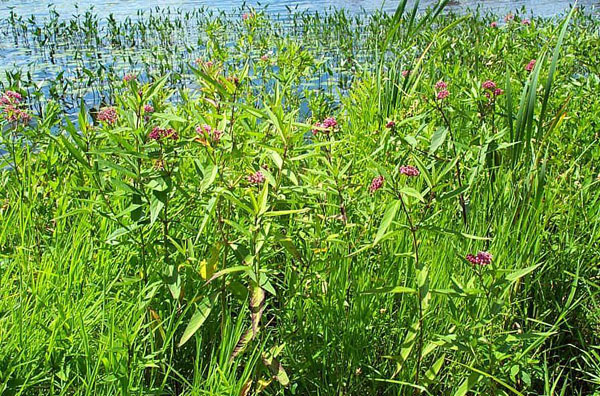 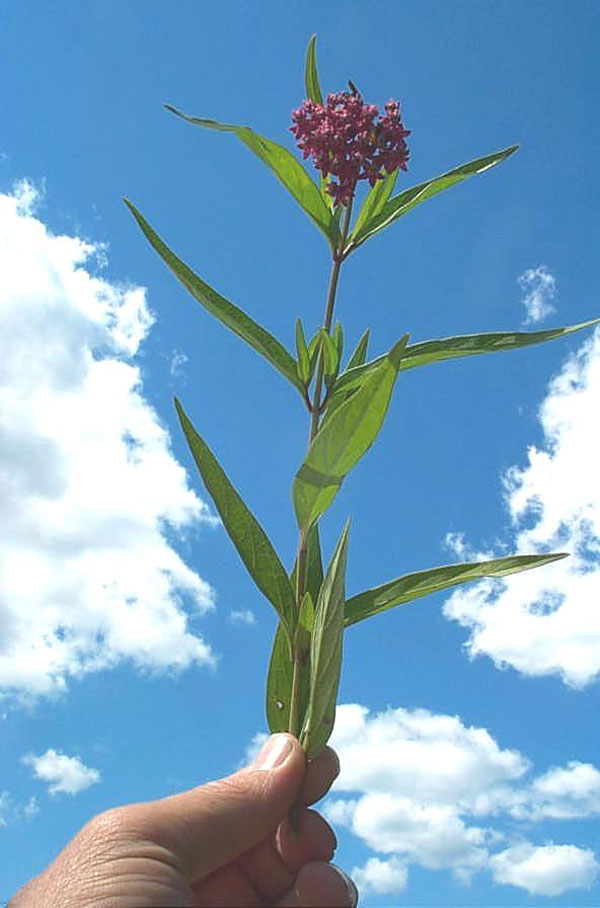 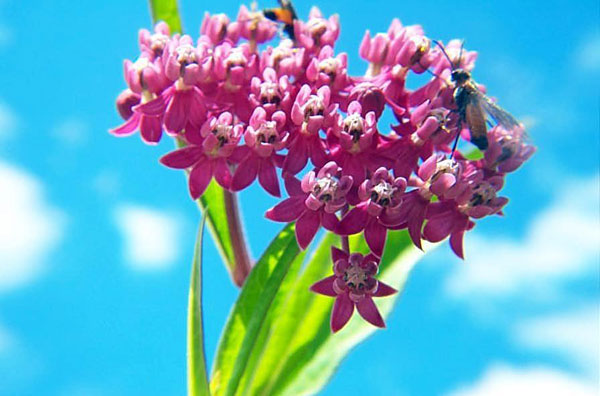 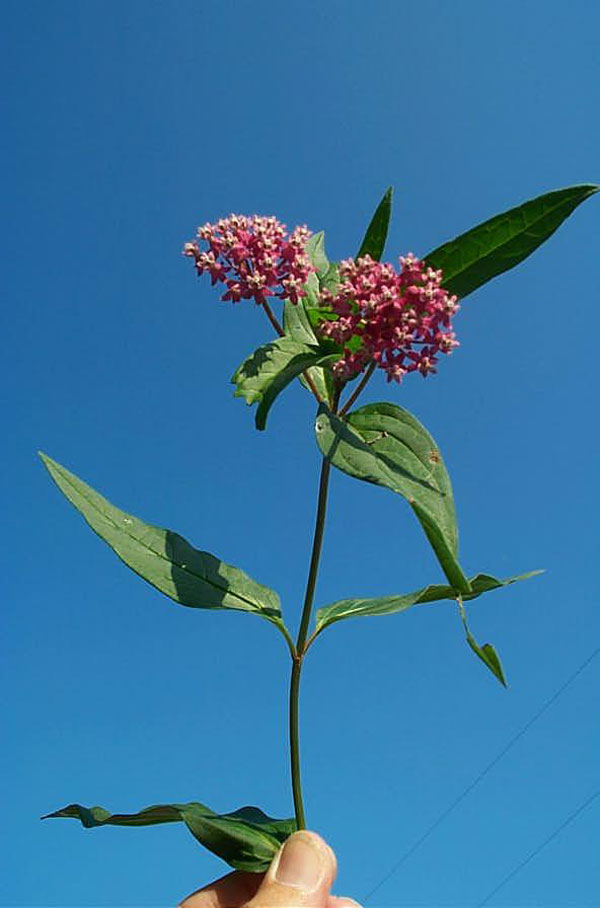 Native to North America, and found throughout southern Canada and the United States with the exception of the states along the west coast.

A perennial plant that reproduces from seeds. Plants require soils high in moisture and in sunny locations, and are found along the edges of lakes and waterways, in marshes and swampy soils, and in very wet landscape soils. When stems or leaves are broken the plant exudes a milky white sap. Flowers are a very important nectar source for many insects.

Mature plants grow to over 5 feet in height with strong, erect stems. Leaves are lanceolate to around 6 inches long and are opposite on short stalks. Additional pairs of leaves arise from the base of the primary leaves at the stem, and some branching occurs along the stem. Flowers occur in crowded, flat-topped umbels of several dozen bright pink to reddish flowers. The calyx also is pink, adding to the showy color of this wildflower. Seeds are equipped with long, silky hairs that aid in the wind dispersal of the seeds.

Usually not a weed problem due to the locations in which it grows, but where plants may impede with water flow they can be killed using a systemic herbicide.