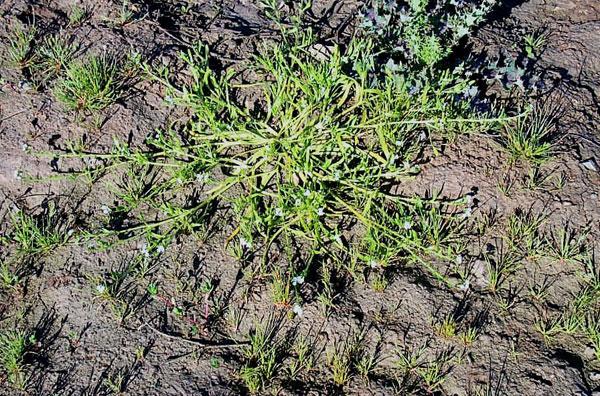 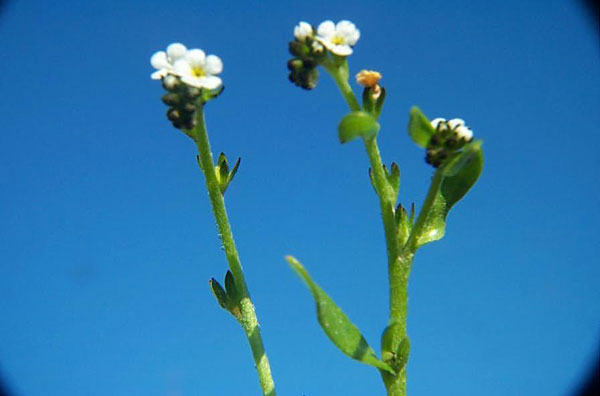 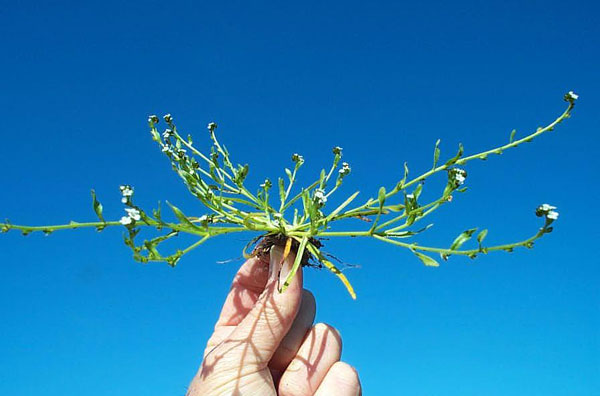 Native to the west coast of the United States, and widely distributed throughout California.

An annual weed reproducing from seeds. It is found generally below elevations of 4500 feet, in most kinds of habitats, including waste lots, cultivated fields, roadsides and ditch banks.

Mature plants are somewhat prostrate, with stems arising from the base and radiating outward from the point, curving upward as they lengthen. Stems eventually can rise as high as 15 inches with branching along their length. Stems and leaves are light green and covered with short hairs. Leaves are narrow and elongate, the upper leaves without stalks and the lower leaves on short stalks. Flower stalks arise either from the base of outer leaves or at the end of the stem, and the stalk as the characteristic curved, fiddle-neck shape with the flowers growing from the outer curve. Flowers are white, funnel-shaped, and very small, but conspicuous due to their number and the fact that the petals are larger than their surrounding bracts.

Reproduction is from seeds. The weed is resistant to some commonly used herbicides, making its control chemically more difficult.