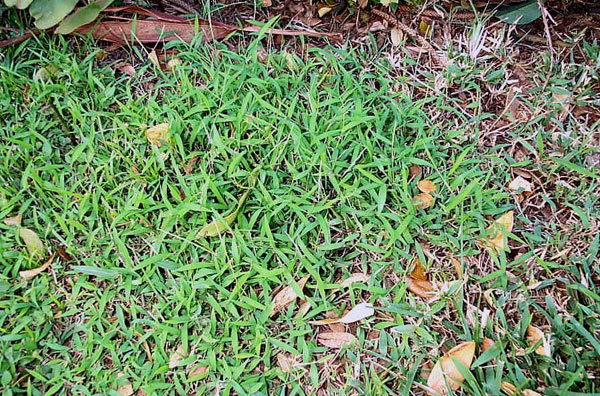 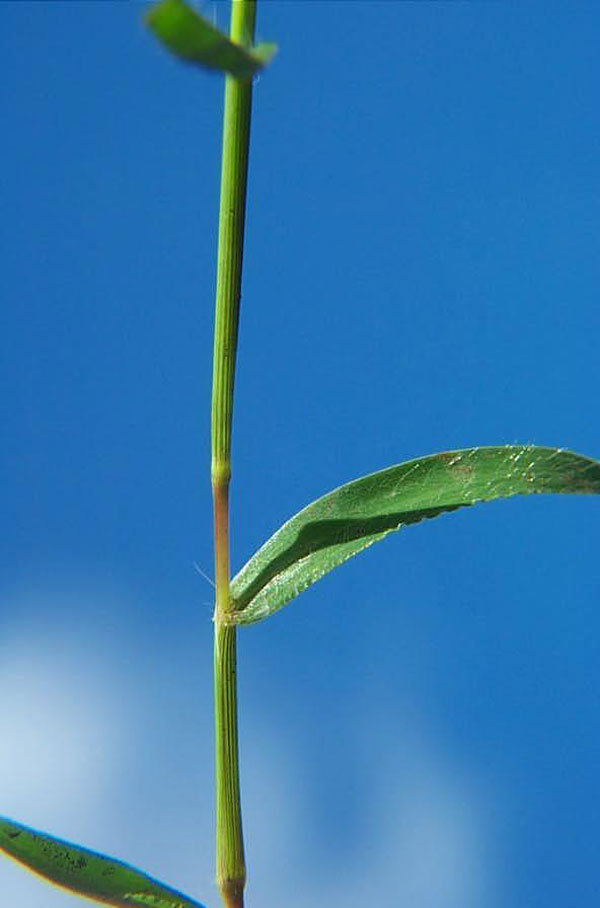 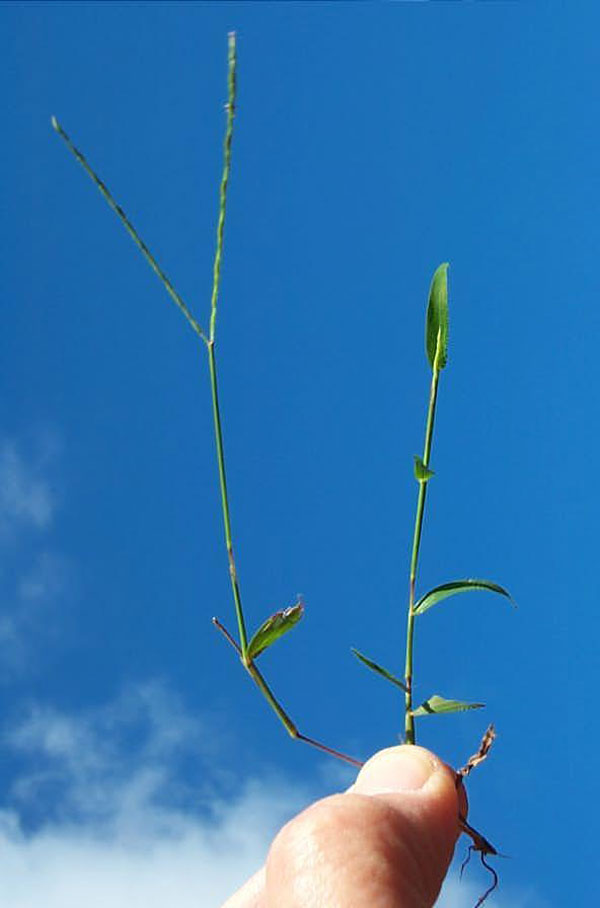 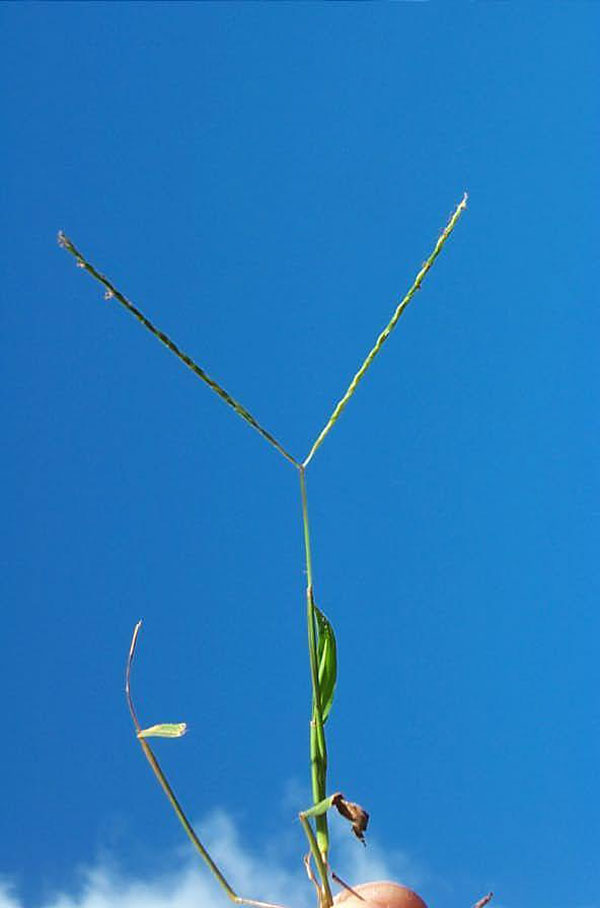 Native to tropical America, including the southeastern United States, where it is found from Florida to Texas. It also has been introduced to Hawaii around 1840 and is now a widespread noxious weed there.

A perennial weed that reproduces from seeds, but spreads rapidly by leafy stems that act as stolons or runners along the soil, rooting at the nodes and forming new plants rapidly at this point. Mature plants are unpalatable to livestock, and the weed forms thick cover that crowds out more desirable vegetation. It is sometimes used as a turf in areas of high rainfall.

Stems are upright and stiff, usually several arising from each point of attachment. The leaves are up to 5 inches long and a half inch wide, and abruptly tapering to a point. There are sparse but long hairs on the upper surface of the leaf, as well as at its base. The flower head forms at the end of the stem, with usually two, but sometimes three, widely diverging spikelets that are several inches long.

A systemic herbicide will be needed to control this weed, and where it occurs in turf of another desirable type it may be necessary to use a non-selective herbicide to remove the offending grasses.