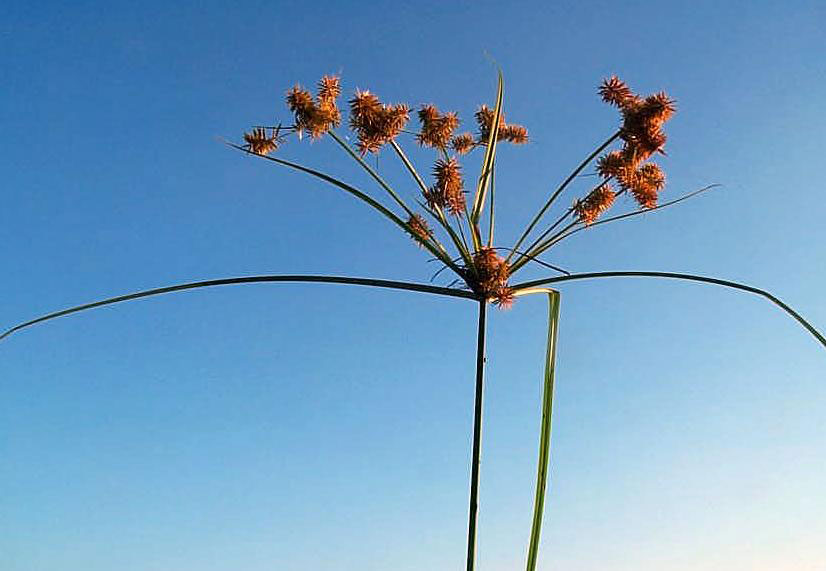 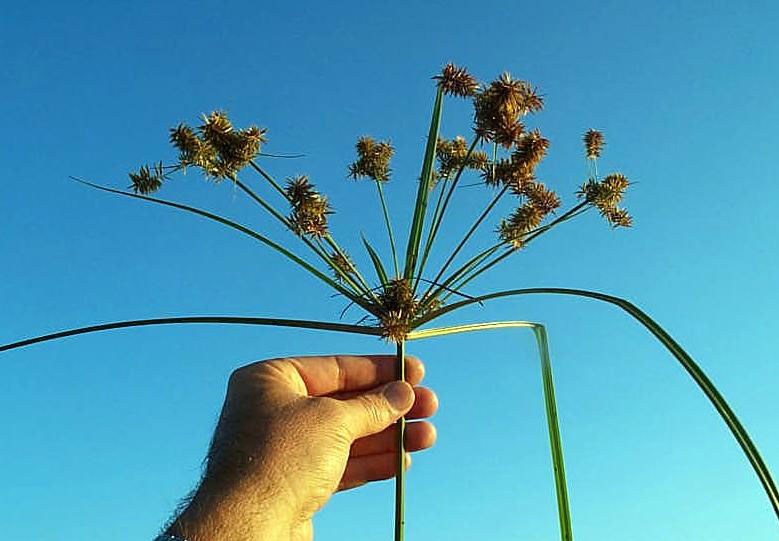 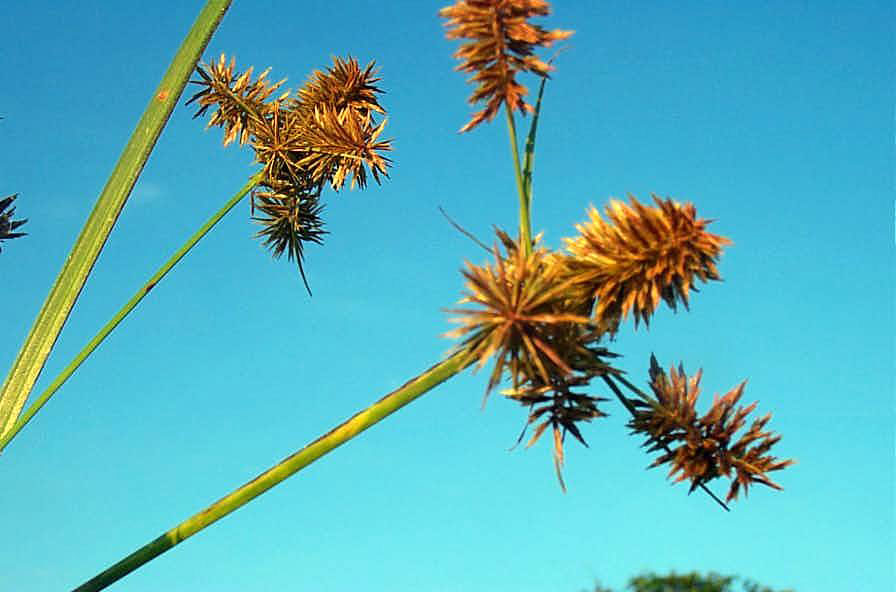 Native to southeastern United States and the West Indies, and found in Florida, Mississippi, California, and Latin America, as well as in Africa.

A perennial that reproduces from seeds, and also spreads with underground rhizomes. Plants form large tufts, and are found in most habitats, from roadsides and disturbed areas to landscape and swampy environments.

Mature plants are large, with triangular stems that have a waxy or purplish caste to them. A number of long leaves arise from the base, and these also are triangular, with finely-toothed margins and midrib. The flowering heads occur singly or in small clusters of 2 to 4. Short to long stalks arise at the end of the main stem, with the flower heads at the ends of these stalks. The flower head is oval in shape, starting green but turning brown as it matures.