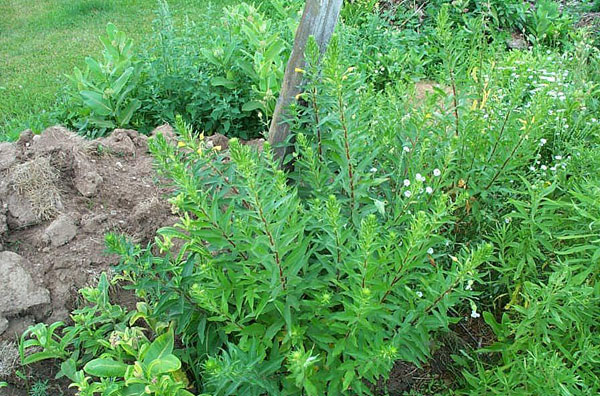 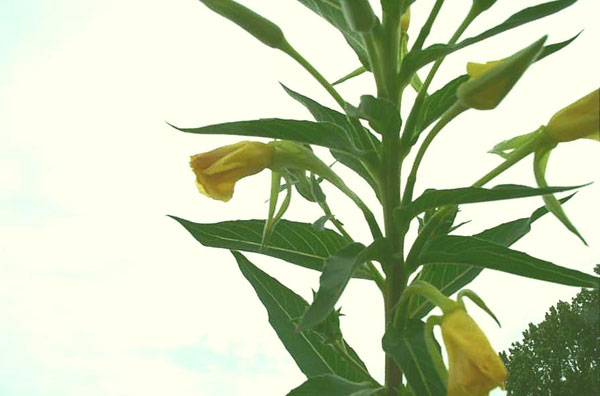 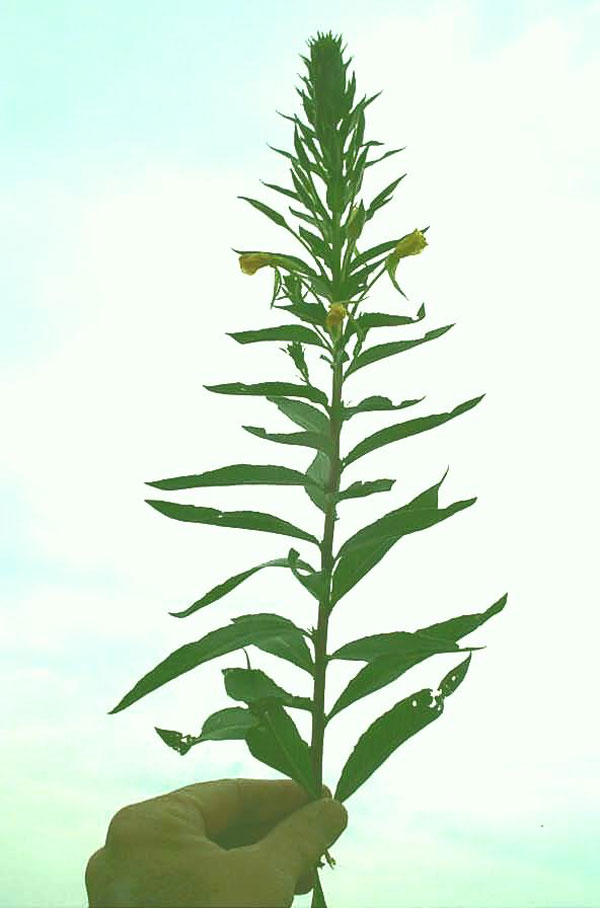 A native plant found throughout the United States and southern Canada, with the exception of the Rocky Mountain states. Commonly sold as an ornamental garden plant.

A biennial plant that reproduces from seeds. Seeds germinate in the summer and early fall of the first year, forming a basal rosette of leaves. The second year it produces its upright stalks, along with the flowers and seeds. A common roadside weed, especially in damp soils, also invasive in landscape, nurseries, and in cultivated crops.

Mature plants are tall and upright, usually with a single main stem and some branching near the upper areas. Plants may grow to 6 feet in height. Leaves are elongate lance-shaped, with the margins entire and without lobes, although they are slightly serrated. The veins are noticeably lighter colored than the leaf surface, and the leaves are attached without stalks. The flowers arise from the axils of the leaves and are at the end of long stalks. They are bright yellow with the narrow calyxes open and drooping below them.

Physical removal of a single or a few plants is an effective control, and even if plants are killed with a herbicide the stalks are persistent and may be undesirable in a landscape setting. If seed production has already occurred a pre-emergent herbicide may be needed.