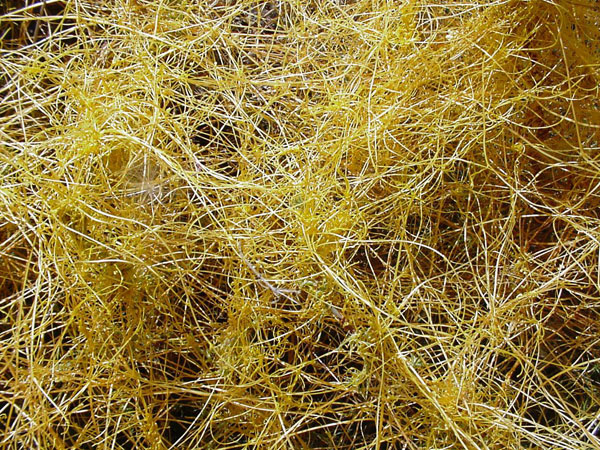 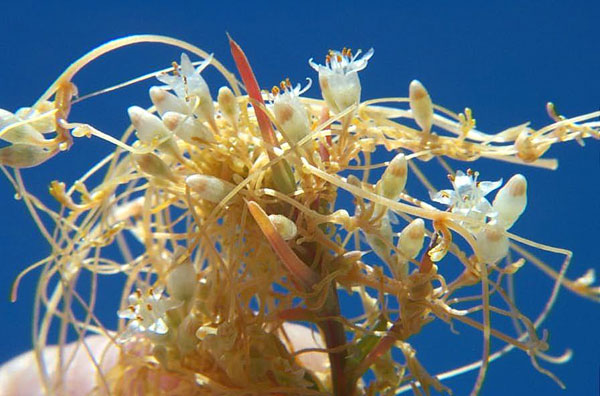 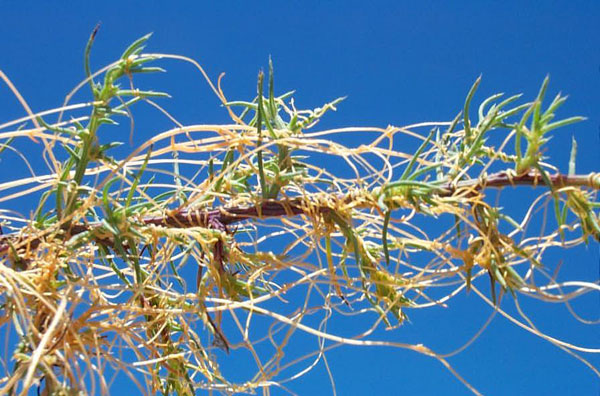 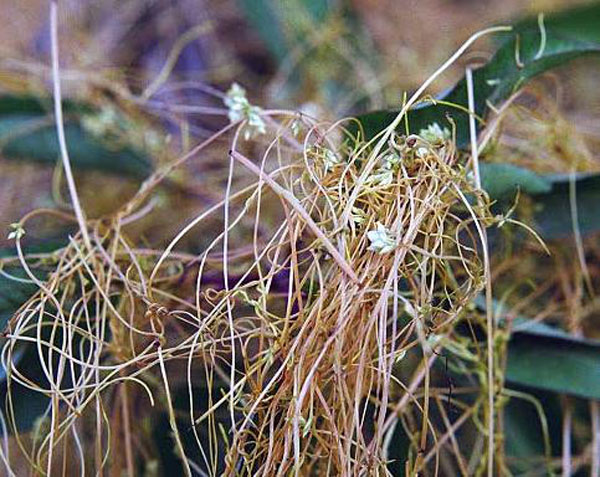 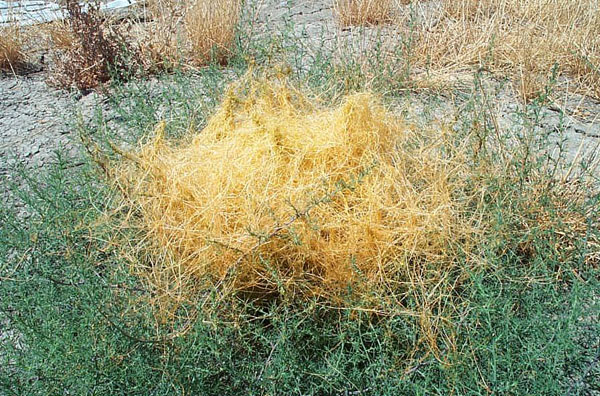 Many species native to the United States. At least 16 species are found in California.

A broadleaf weed that lacks chlorophyll, and is a parasite on the other plants that it grows on. Growth is twining and vinelike with stems that are extremely thin, orange or yellow, and thread-like. It is an annual, growing from seeds that germinate in the spring and early summer, but may remain dormant and viable in the soil for long periods. A very short root system is present in the germinating plant, but once the dodder attaches to other plants the roots disappear and it is wholly a parasite.

Easily identified by the thin, orange, vinelike stems. Leaves appear to be absent, but are actually present as tiny scales. Roots form at the stem nodes, and penetrate the tissue of the host plant to remove nutrients. Flowers form in compact clusters of many flowers, and are tiny, white to pinkish, and forming a shallow cup with 5 petals.

Dodder dies with the first frost, and mats of stems rot off of the other plants. Physical removal of dodder will be seasonal only, as seeds already on the soil may germinate the next season.