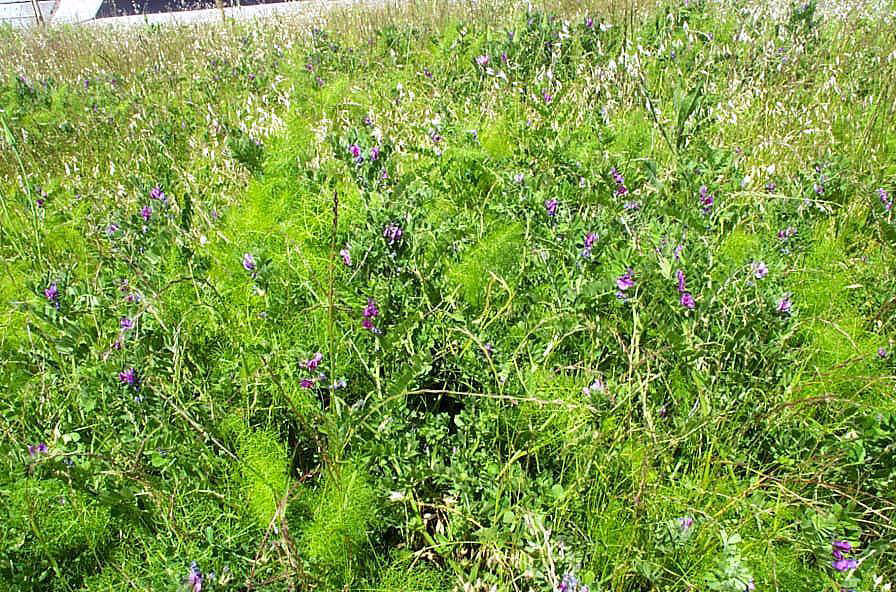 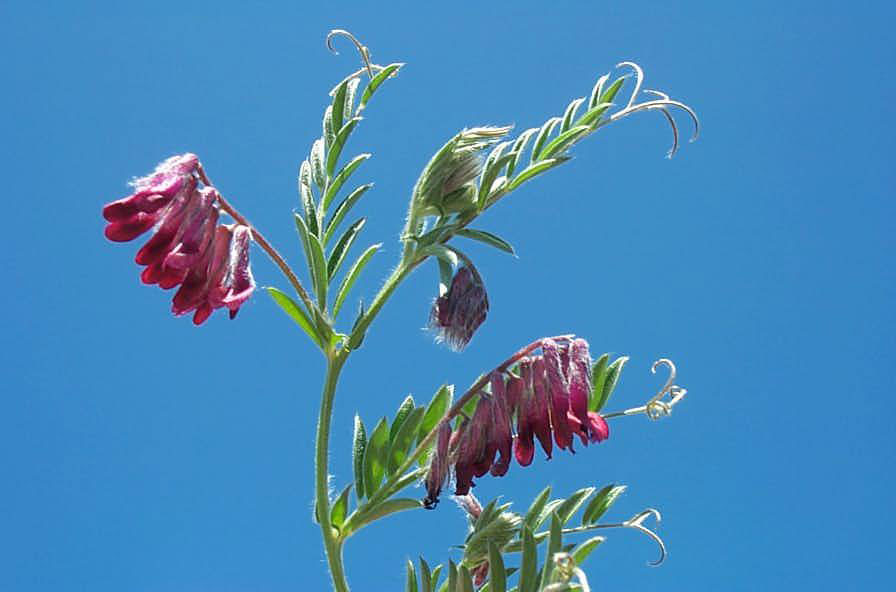 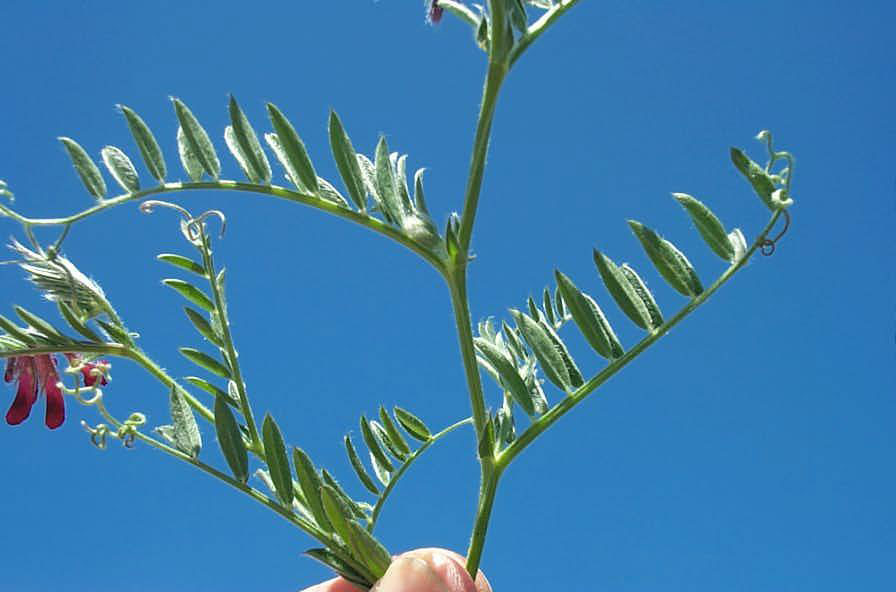 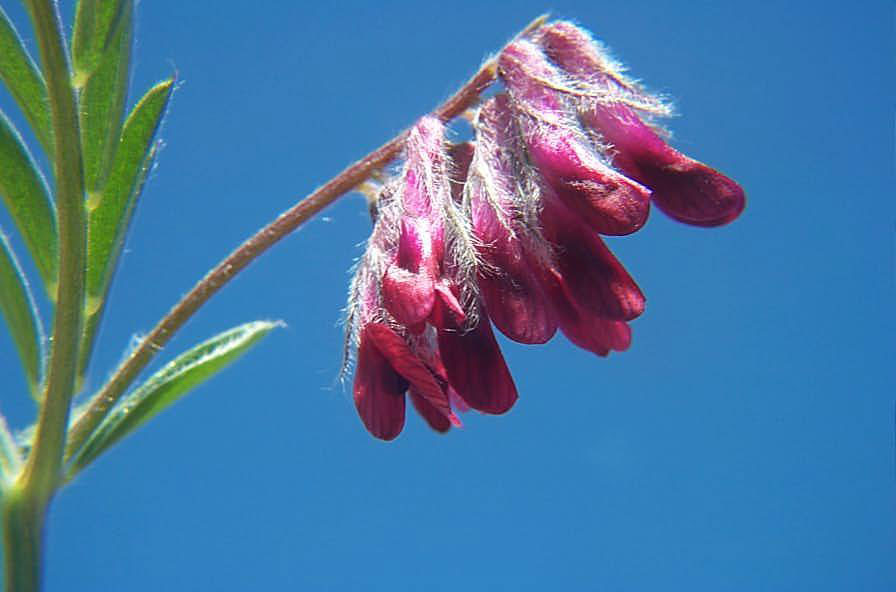 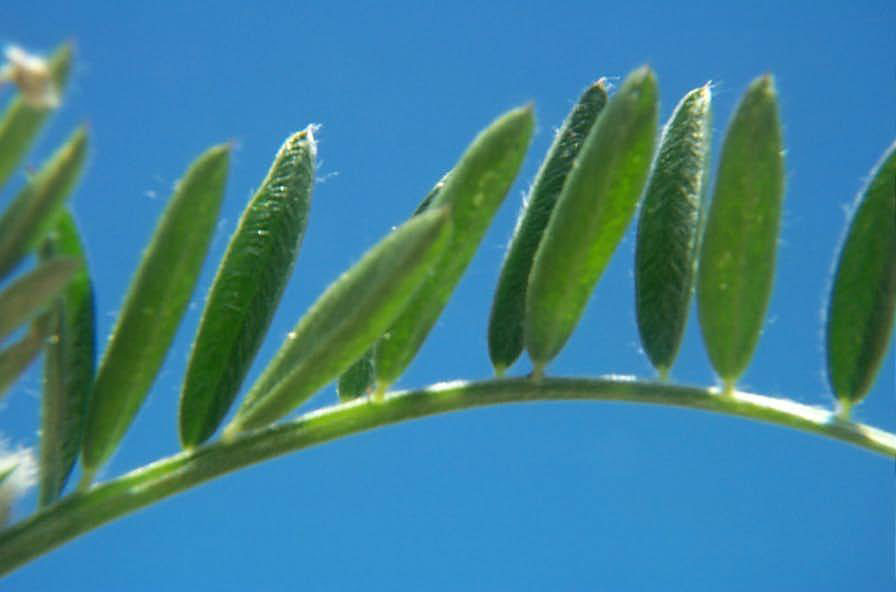 Native to Europe, and currently found as an escape from cultivation in much of California and in New York. Found along roadsides, in disturbed sites, and wooded areas, similar to other vetch species.

An annual that reproduces from seeds. Long tendrils at the ends of the stems permit the plants to climb vine-like into surrounding vegetation.

Very similar to other vetch species, such as winter and hairy vetch. The raceme that produces the flowers is more compact than in other vetch species, and is about the same length as the overall length of the compound leaf below it. There are only from 3 to 12 flowers on a raceme, with rose-violet colored petals, and with long, soft hairs surrounding their bases that are very distinctive. The leaves and tendrils also are covered with soft, short hairs.

Physically removing plants can be effective as the roots will not produce new growth. Mowing or cultivation into the soil prior to seed maturation will prevent new plants from growing and spreading.