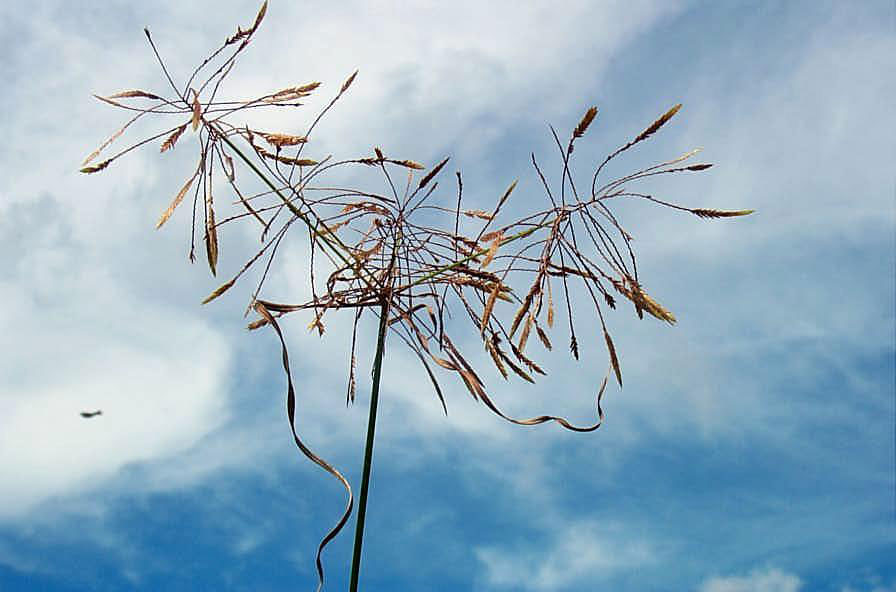 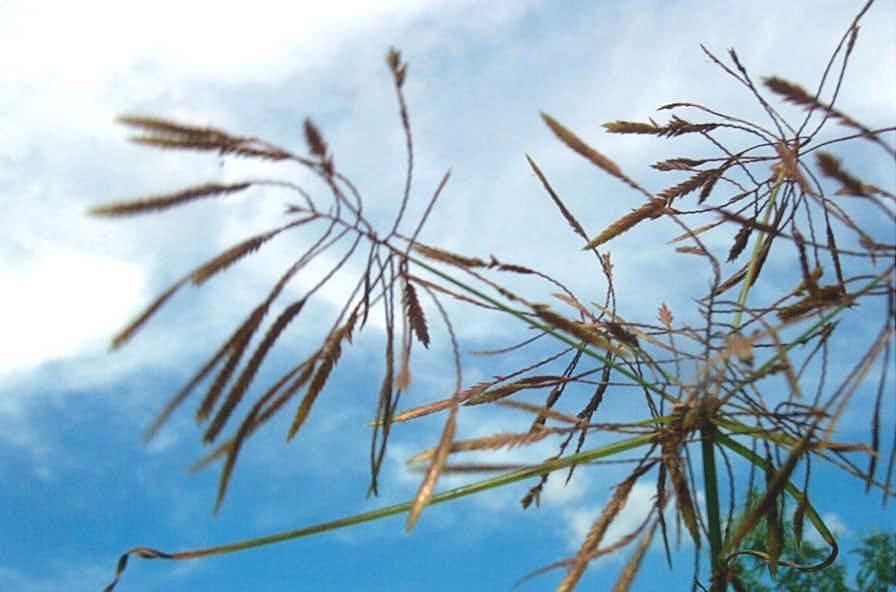 A native plant in the eastern half of North America, where it occurs in every state east of the Rocky Mountains and in eastern Canada, in California, and south into Latin America.

An annual plant that reproduces from seeds. It is found in many habitats, from landscape to disturbed areas and roadsides. It is a protected plant in Maine and Vermont.

This is a small plant when mature, usually with a single stem and several long, thin leaves arising from the base, as well as 2 or 3 narrow leaves growing laterally at the top of the stem and below the flowering heads. The flower heads are on very long stalks, with each spikelet at the end of its own very long stalk. The spikelet is an elongate, flattened cluster of flowers about 3 or 4 mm long, turning brown as it matures.

Not normally a serious problem weed. Control of excessive moisture in turf will help to discourage the growth of most sedges, including the various Kyllinga species. For sedges that reproduce only from seeds control with pre-emergent herbicides can be effective. Post-emergence control in turf will require a selective herbicide which targets the sedges specifically. In non-turf settings a systemic, non-selective herbicide will be effective.