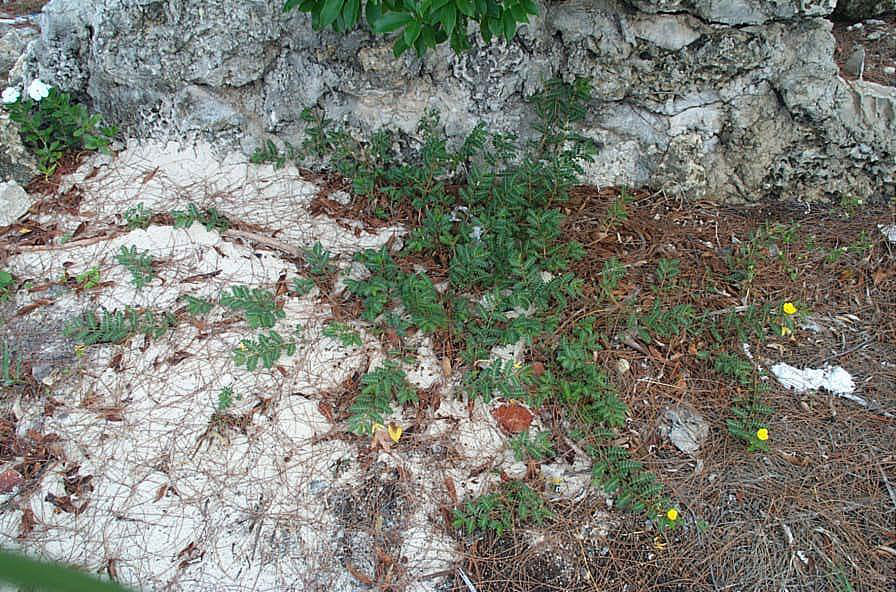 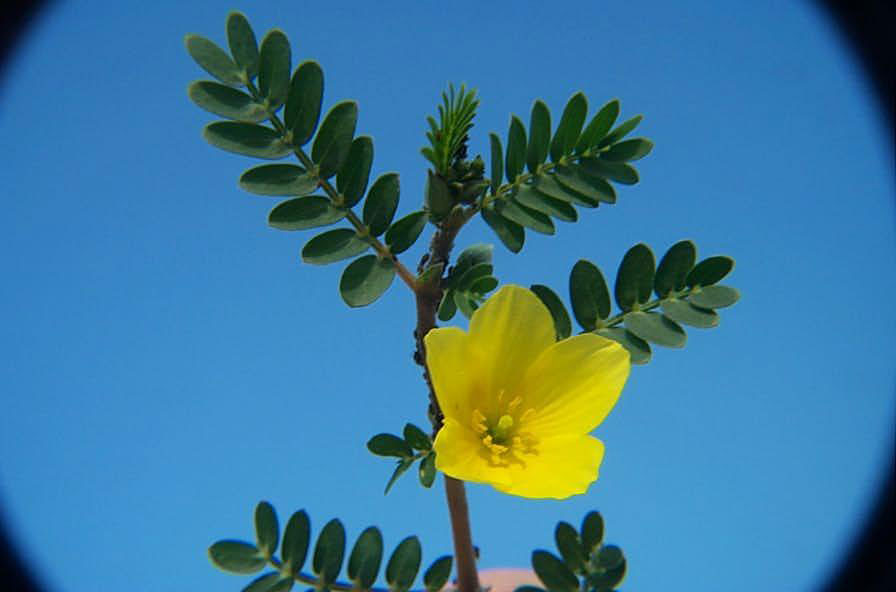 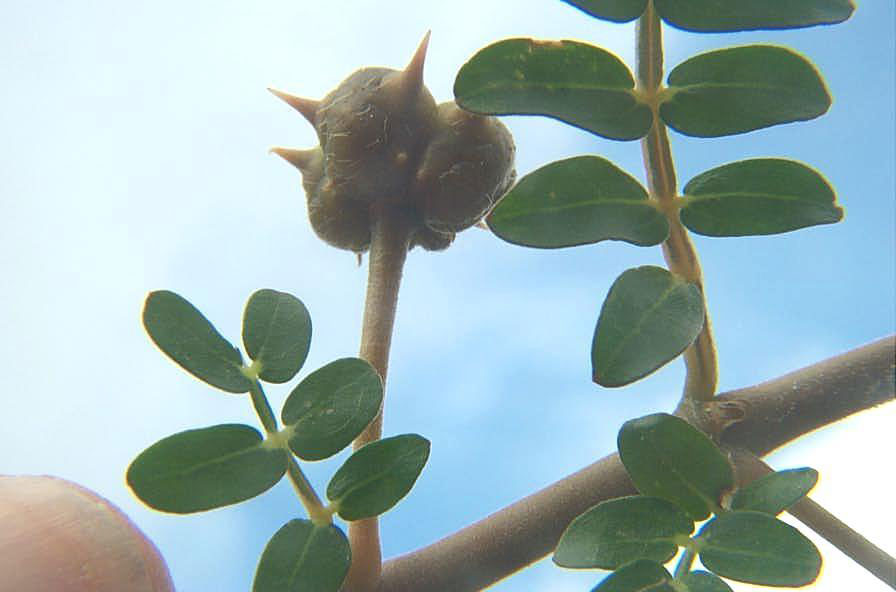 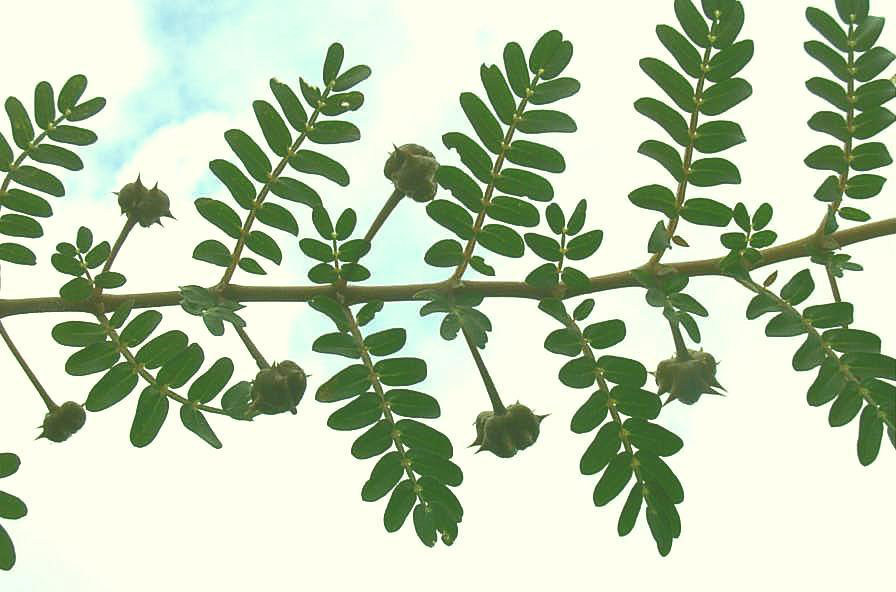 Native to tropical America, and now found throughout the southeast states west to Texas, in Hawaii, south throughout Latin America, as well as on many other continents.

A summer annual weed that grows prostrate along the soil, particularly in open, disturbed sites without much other plant growth. It has numerous branches arising from the central stem, and can spread outward to several feet in diameter. Propagation is mainly from seeds, which can remain active in the soil for several years, but also from broken sections of stems.

Mature plants may attain a circumference of up to 6 feet, with 3 foot long stems growing outward from the center. Stems are covered with short hairs, the leaves are opposite along the stems, and flowers grow at the tips of the stems or from the leaf axils. Leaves are short and pinnately compound, usually with 8 pairs of leaflets that are narrow and elongate. The flowers are formed singly and they are bright yellow with 5 petals, occurring on a short petiole. The seed is a spiny bur about 10 mm in diameter, with 3 to 5 compact lobes and with 2 sharp spines on each lobe.

Individual plants should be hand-removed early in the season to avoid production of the damaging seed pods. A contact or systemic herbicide will be effective, and prevention can be accomplished with a non-selective pre-emergent material. Un-germinated seeds may remain viable in the soil for years.