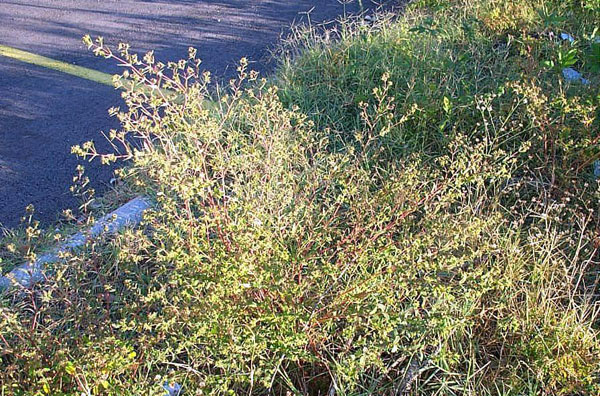 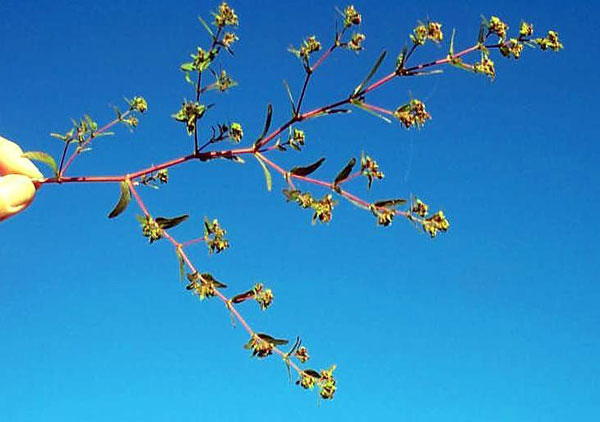 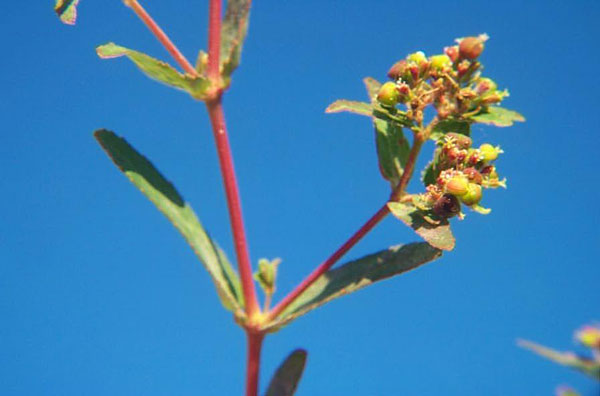 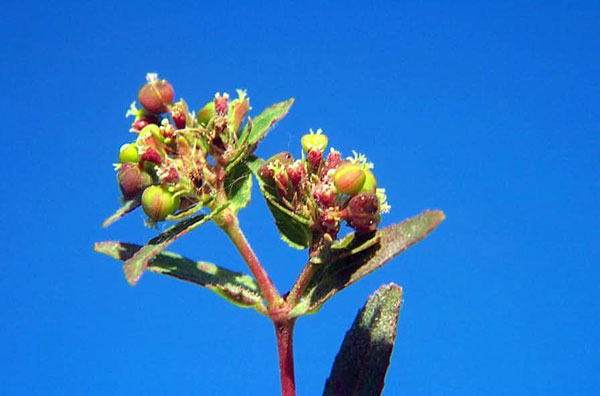 Native to eastern North America and found throughout the eastern two thirds of the United States, as well as in California and the Caribbean.

An annual weed in colder climates and a short lived perennial in warm climates. Reproduction is from seeds. Plants are found in any disturbed sites, in waste areas and roadsides, in parking lots and landscape.

Mature plants can be over 2 feet in height, with extensive branching on this stems and abundant foliage, creating dense thickets that crowd out other vegetation. Stems are narrow and reddish, but fibrous and tough to break. Leaves are opposite and without stalks. They are elongate oval with rounded tips and toothed margins, and their surface is spotted or mottled with red patches. Clusters of flowers arise on either side of the stem from the axils of the leaves, with a long stalk terminating with the many flowers. These are tiny and inconspicuous, with the bulbous seed capsules developing and becoming much larger than the flowers.

Physical removal of plants is possible, but the heavy seed production may necessitate the use of a pre-emergent herbicide to prevent new weeds in that area.