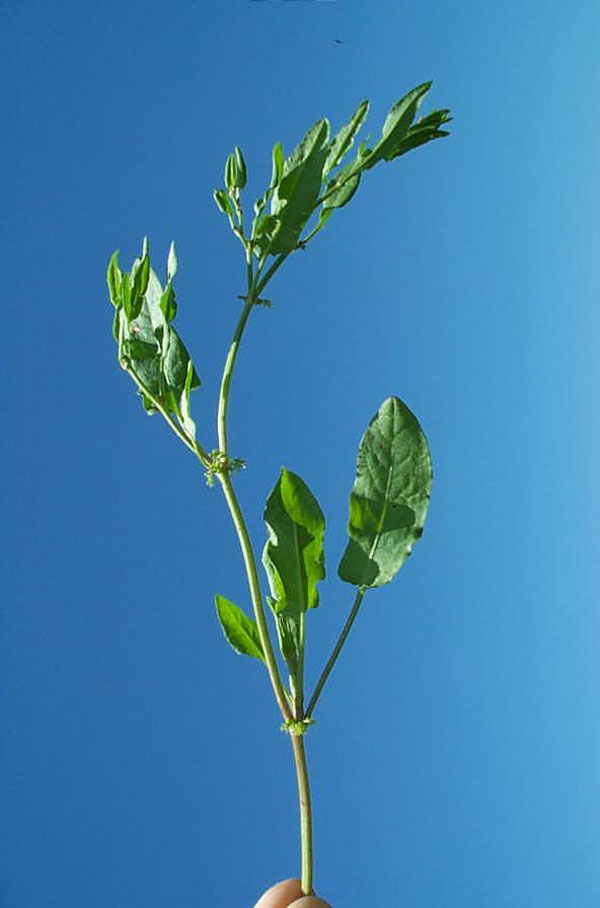 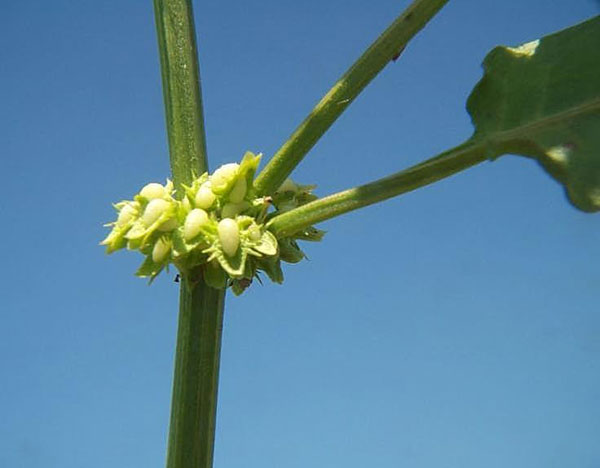 Introduced from its native Europe and Asia, and now found in most western states and in several Midwest states, such as Illinois and Missouri.

An annual or biennial that grows in moist areas, including disturbed wet areas as well as crops such as rice fields. Reproduction is from seeds.

Mature plants can grow upright to nearly 6 feet tall, with one to several strong stems arising from the base, and with numerous short branches off of them. Stems are green with reddish lines along them and with a ribbed texture. Leaves are on short to long stalks and are elongate and lance shaped. The flowers and seeds are produced in short clusters around the stems at the bases of the leaves. The developing seeds have spines projecting from the end, a distinctive appearance for this species of dock.

Physical removal of small infestations is possible, with a contact or systemic herbicide effective for more widespread problems. Seed production is heavy and control should be done prior to maturation of seeds.