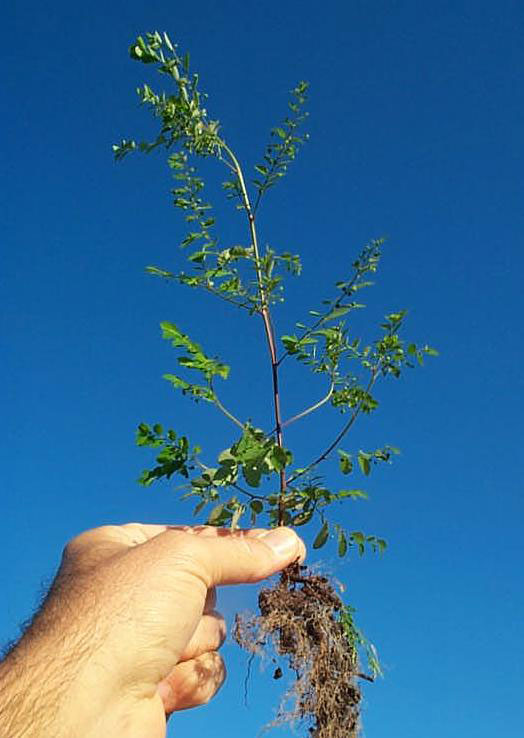 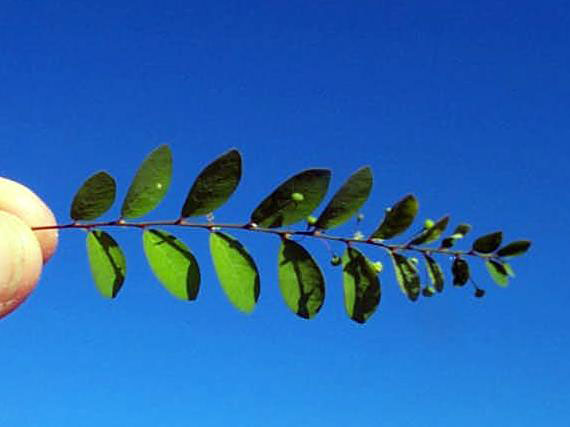 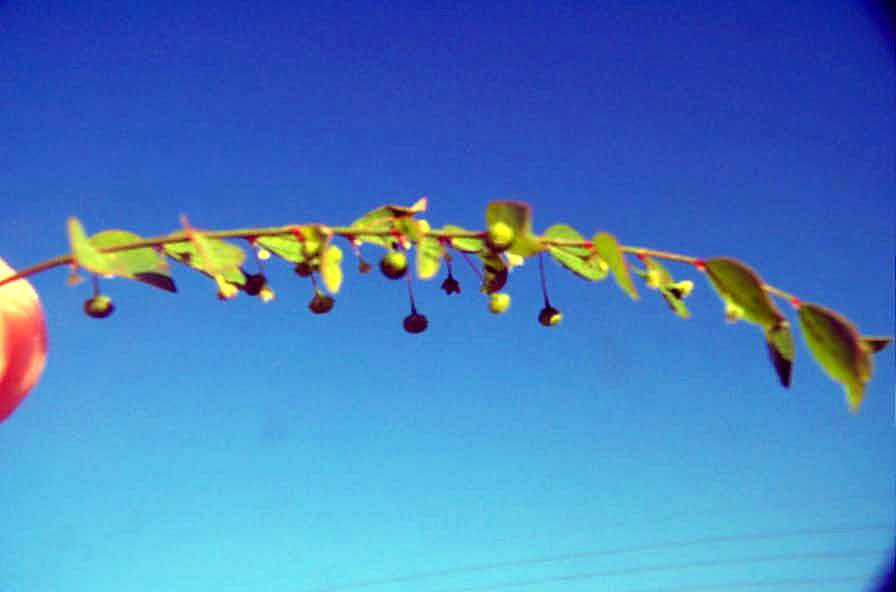 A native of Africa and its nearby islands, but occurring in the United States from Texas to Florida, and north to North Carolina and Tennessee, as well as in Hawaii and the West Indies.

An erect perennial weed with a deep, strong taproot. Reproduction is from seeds, and this is a common weed pest in turf and landscaped areas, as well as commonly in nursery containers.

The main stem is thin but wiry, and branches primarily at the upper half. The leaves are opposite along these branches as well as singly along the stem. The leaves are elongate oval and their margins are smooth. The seed pods form on the lower surface of the branches. They are on long stalks that arise from the leaf axils, and when mature will burst open explosively to propel the seeds.