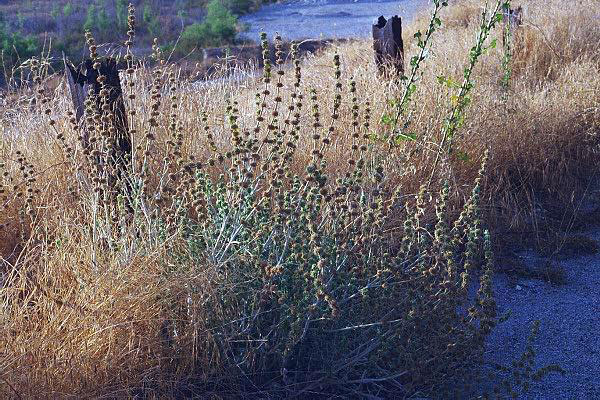 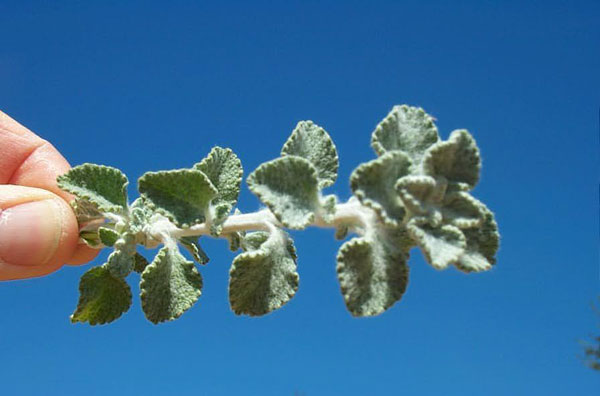 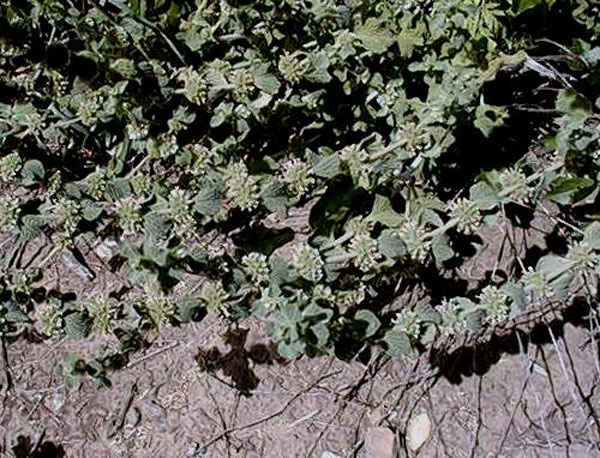 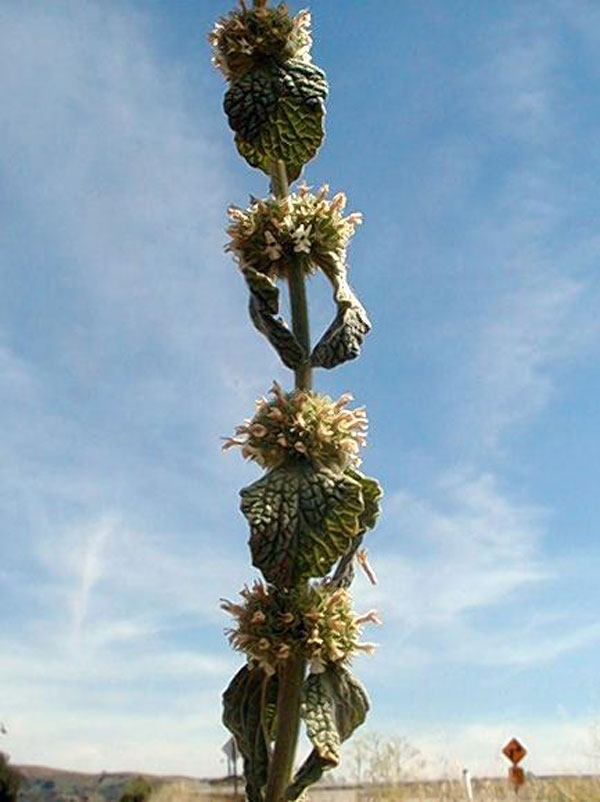 A native of Europe, but probably introduced to the United States as a garden herb and now widely distributed in the U. S.

A perennial broadleaf weed, found in undisturbed areas such as pastures, roadsides, ditchbanks, or open fields. It is highly tolerant of dry conditions. Reproduction is by seed only. The foliage is used as a source of cough medication as well as a flavoring in candy.

Mature plants grow to 30 inches tall and may spread very widely with the numerous, weak stalks. Stems are four-angled or square, and stems and leaves all are densely covered with soft, woolly, white hairs. Leaves are over 1 inch long and are oval with toothed or scalloped edges. They are on stems up to 1 inch long. Flowers are crowded into a dense ball around the stem at the base of the leafstalks, as well as at the tips of the branches. The flowers themselves are small and tubular, and white in color. They extend noticeably from the ball, which is the calyx, and this area develops small, hooked spines that detach the calyx and stick it to clothing or animal fur.

Reproduction is from seed only, and horehound does not tolerate disturbance of its roots.