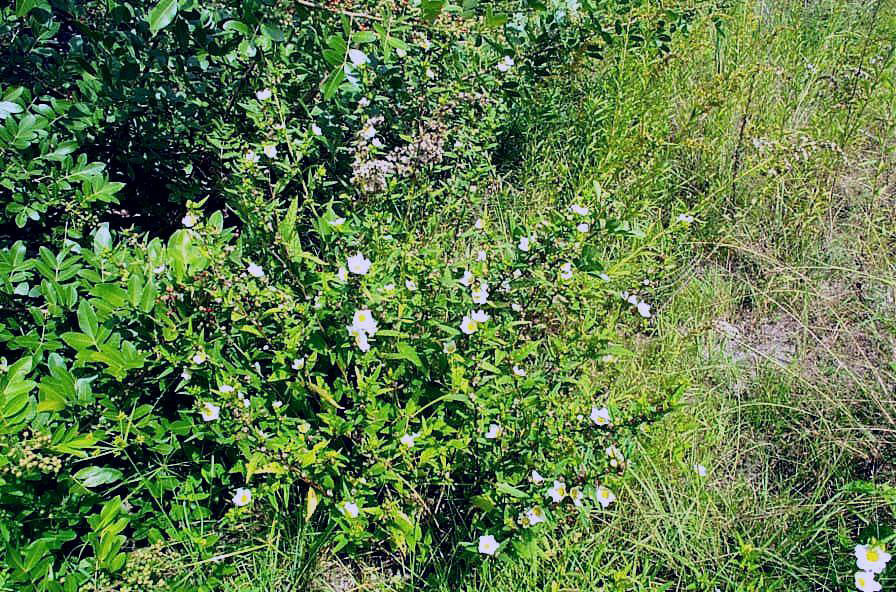 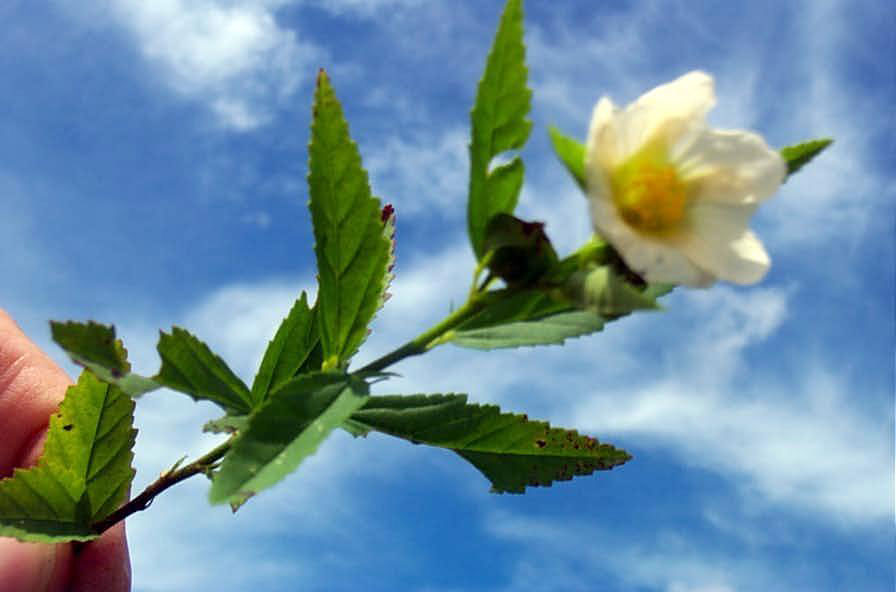 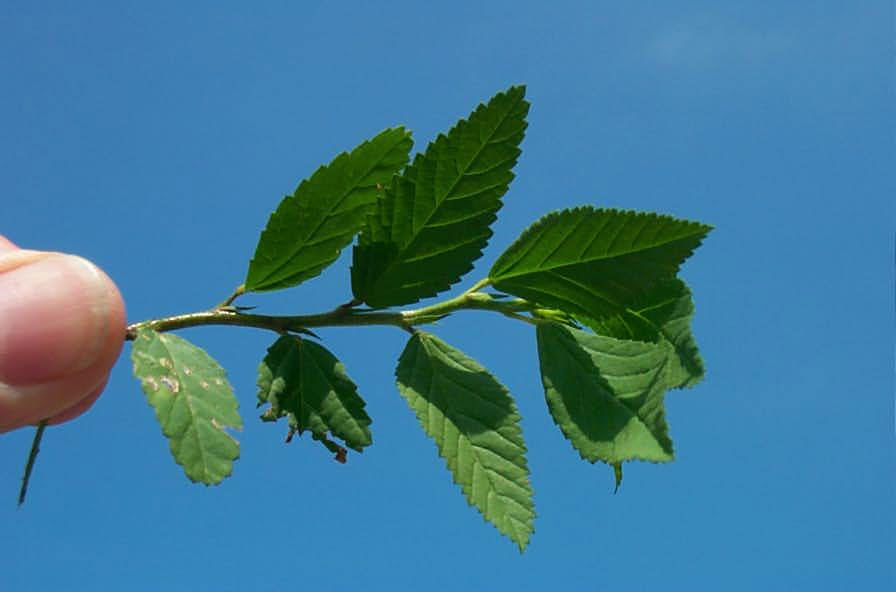 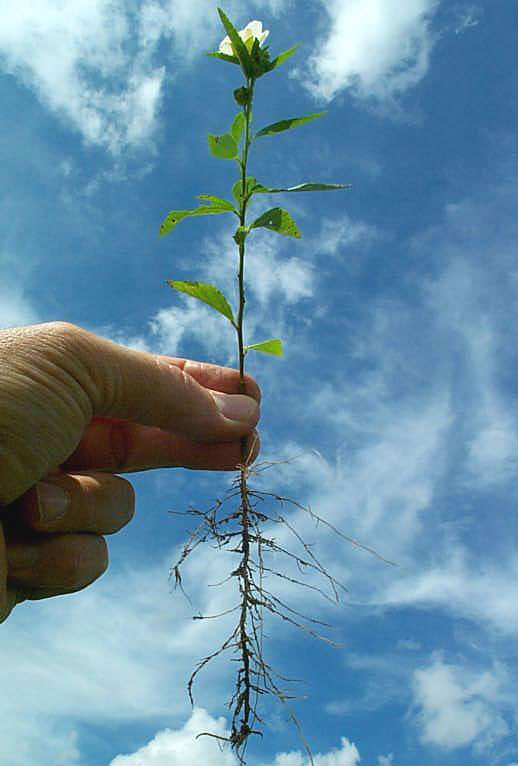 Native to the United States, and found from Texas along the Gulf States to South Carolina, as well as in a few Northeast states, Hawaii, and the West Indies. It is also in Central America and Africa.

A summer annual with a deep taproot that may allow it to survive winters in warmer climates. Reproduction is from seeds. This weed may be found in most habitats, from roadsides and disturbed areas to wooded habitats and turf.

The plant grows erect, with touch, smooth stems. The leaves are alternate, broadly lance-shaped, and with their margins strongly toothed. The flowers are white to yellowish, with 5 irregular petals arranged in a wheel-shape. The flowers are borne singly from the axils of the leaves.

In turf this weed grows best where turf is poorly maintained and mowed infrequently. A selective broadleaf herbicide will effectively remove it from turf, and pre-emergent applications will prevent seed growth.