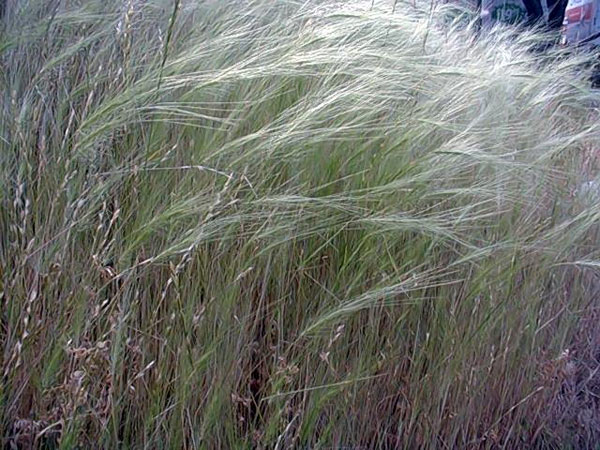 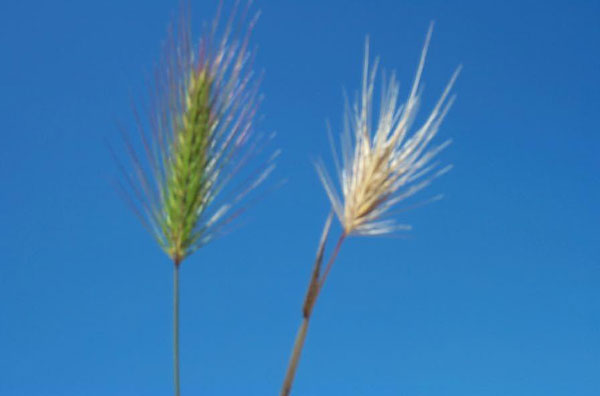 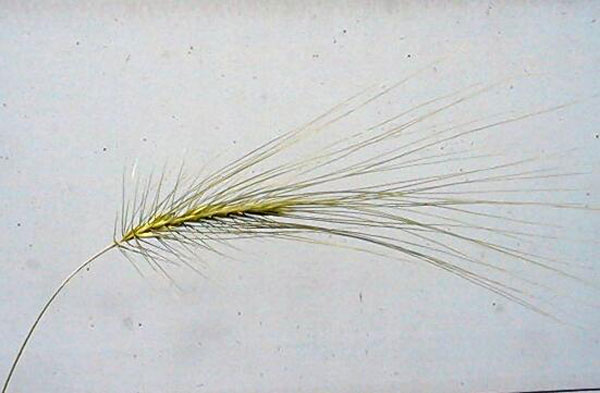 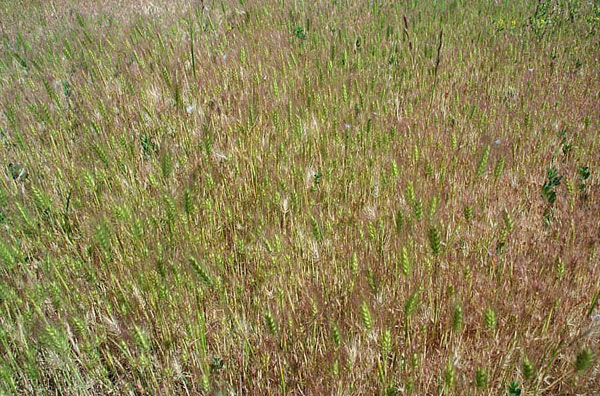 Introduced from Europe and Asia, now a dominant grass species over widespread rangeland in the western United States, where it crowds out most other grass species. As a grass that is not conducive to grazing it has reduced grazing capacity in some areas up to 75%.

Mature plants grow to 2 feet tall, with very narrow leaf blades that may appear rolled. Flower head is a very long spike with awns that are extremely long, making the spike almost as wide as it is long. The pointed awns tend to twist as they mature. This species is very similar to foxtail barley, but medusahead’s flower heads do not fall apart in sections as the foxtail barley does. Instead, individual seeds and awns fall away, leaving a bristly head that will remain into the next winter.