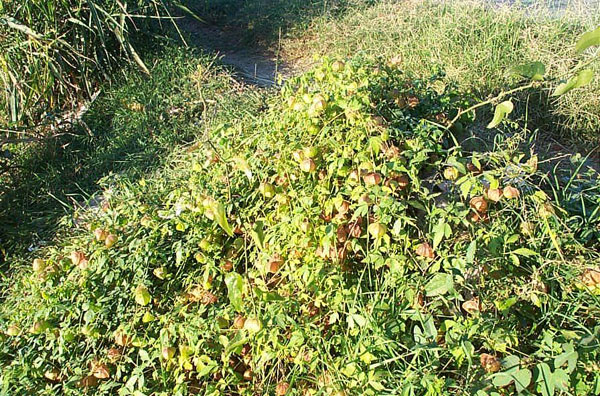 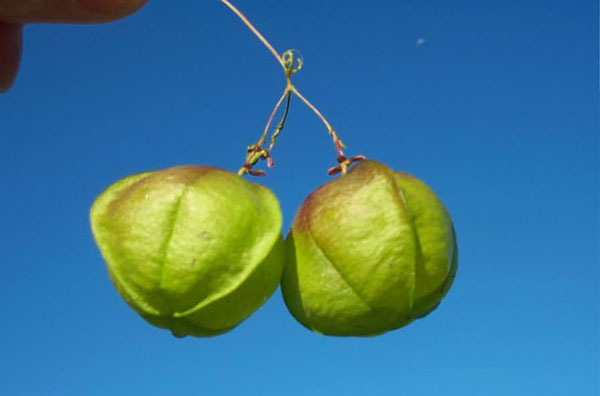 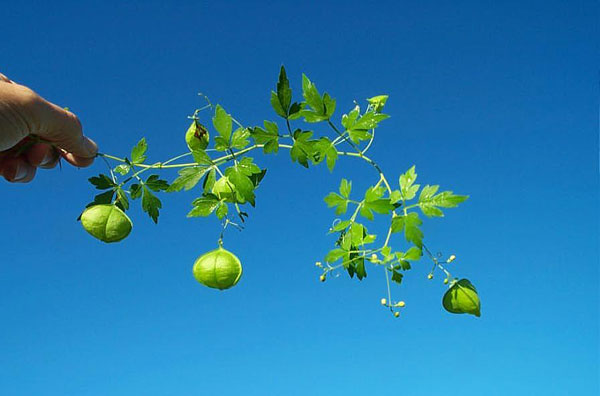 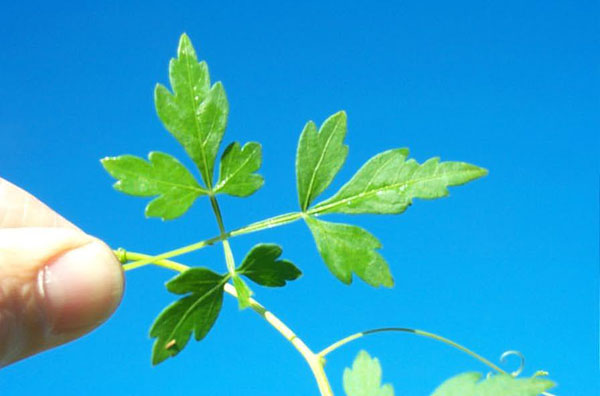 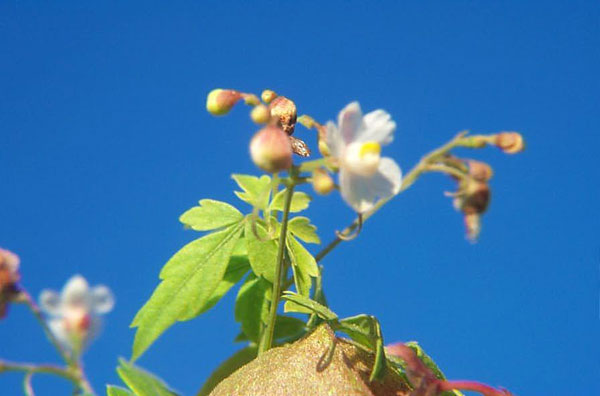 Native to tropical areas of North America, and widely distributed as an ornamental vine. It now can be found throughout much of the eastern half of the United States, west to Illinois, Oklahoma, and Texas, as well as in Hawaii and the Caribbean.

An annual, biennial, or perennial plant, depending on the climate in which it grows. Reproduction is from seeds. Plants prefer moist, sunny locations, and where they survive from year to year they lose their foliage in the winter. It is potentially a very invasive plant that grows as a vine among and over the tops of other plants, capable of forming dense mats of foliage.

Plants grow vine-like on long, thin stems. The leaves are twice divided, first into 3 large spade-shaped leaflets, and then each of these leaflets again divided into 3 leaflets. Each of these also has deep notches that somewhat divide it into lobes. The most distinctive part of the plant is the seed pod or fruit, which is a swollen capsule well over 1 inch across that hangs like an ornament from a thin stalk arising off the stem. Dozens of these capsules occur on each vine. Flowers are inconspicuous and irregularly shaped, arising also on short stalks off the stems.

Plants may be controlled with a contact or systemic herbicide, with consideration given to the possible desirable plants growing beneath. Physical removal may be effective.