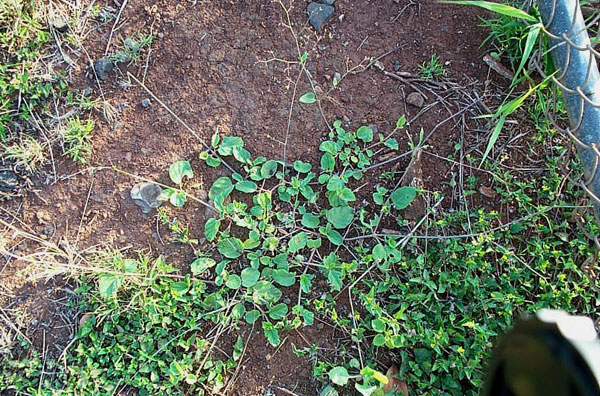 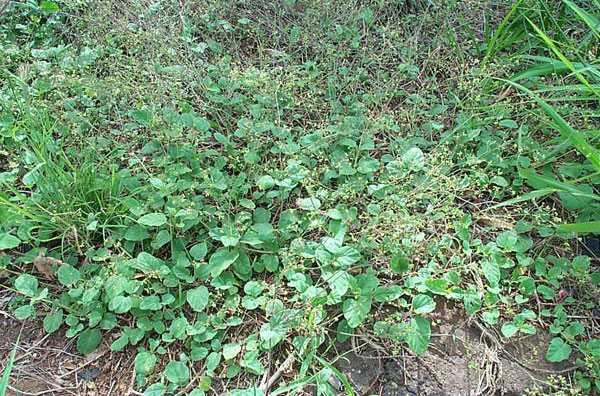 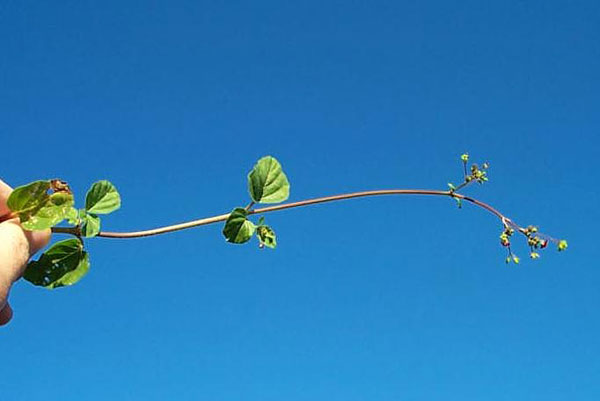 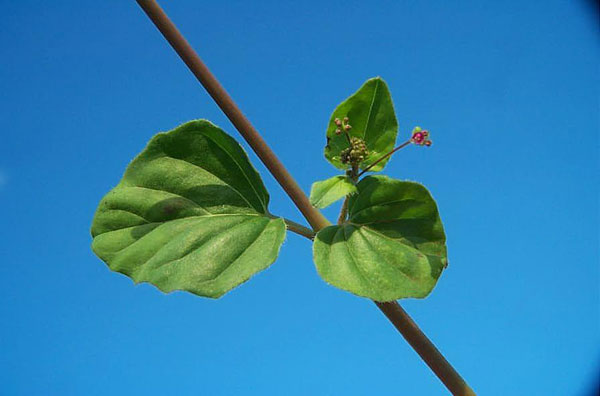 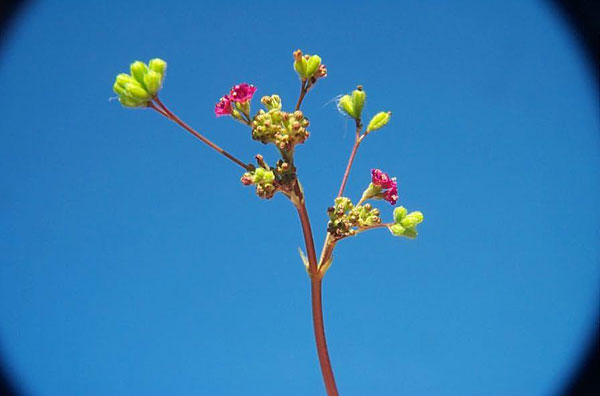 Native to the West Indies, but an introduced and seriously invasive weed in other humid, tropical countries. It is present in the United States from Maryland south to Florida, and from Texas to California. It also is in Hawaii as a very common weed along roadsides and in landscape, vacant lots, and disturbed areas.

This perennial weed has a strong taproot and grows in either a prostrate, many-branched habit or somewhat ascending. Reproduction is from seeds and from sections of the roots that may be separated from the plant. The sticky seeds easily cling to animal fur or human clothing for dissemination.

Plants usually are prostrate and almost vine-like along the soil or over the tops of other low foliage. The leaves are concentrated on the lower half of the stems, and the are opposite, on long stalks, and rounded with a pointed tip. Stems and leaves are sparsely covered with short hairs. The flowers grow in smallish clusters at the ends of long, leafless stems. These are red to dark pink with a large, enclosed calyx below them. The stems may branch several times to produce several adjacent clusters of the sticky flowers.

In turf a systemic, selective broadleaf herbicide will be needed, but in non-turf settings a non-selective systemic product will work well.