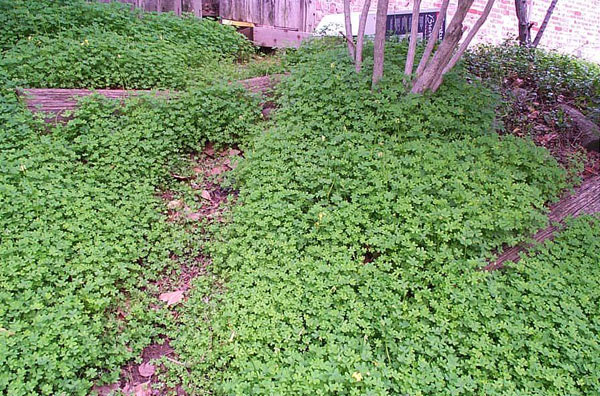 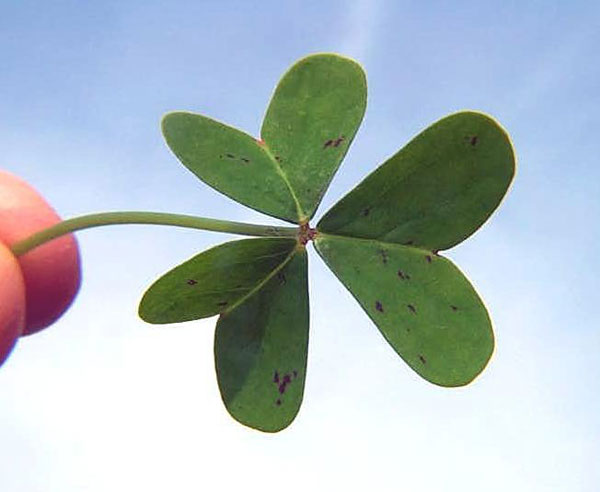 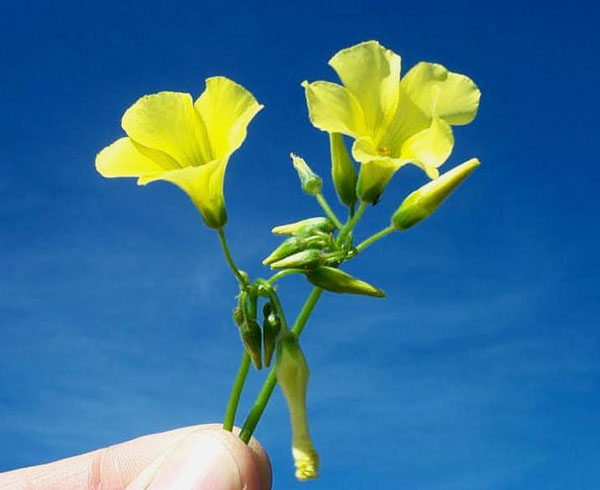 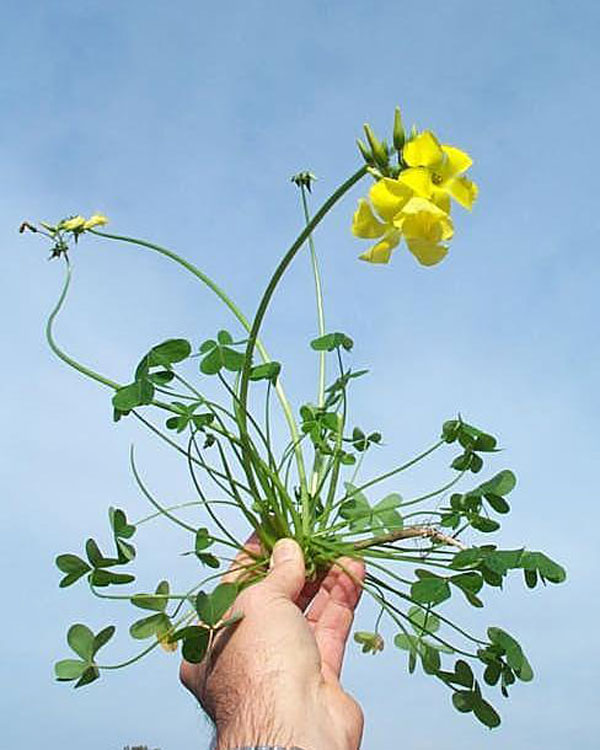 Native to South Africa, and introduced to the United States as a garden plant, from which it has escaped cultivation to become a common weed pest in both landscape and agriculture. Found throughout the United States and into the West Indies.

A perennial plant that grows from a deep rootstock that has numerous small bulbs on the roots. Foliage dies back with cold weather, but growth begins in the fall and flowering occurs in the winter to early spring. Plants propagate from seeds but can spread by the movement of underground roots and the production of the bulbs.

Mature plants consist of a basal growth of clover-shaped leaves and tall flower stalks that terminate with the flowers. These stalks may be up to 12 inches tall and are the tallest part of the plant. The stalks are fleshy, hollow, and have a sour taste to them. The flowers occur in clusters of several to many flowers that open to a wide, bright yellow flower with 5 petals and a funnel-shape, due to the petals being united at their base. Leaves occur singly at the end of a long stalk, and each leaf is divided into 3 broadly heart-shaped leaflets. On the surface of the leaflet there are patches of purple color.

Physical removal would be very difficult due to the extensive numbers of underground bulbs that would be left behind, each capable of growing a new plant. Plants are cool and shade-loving.