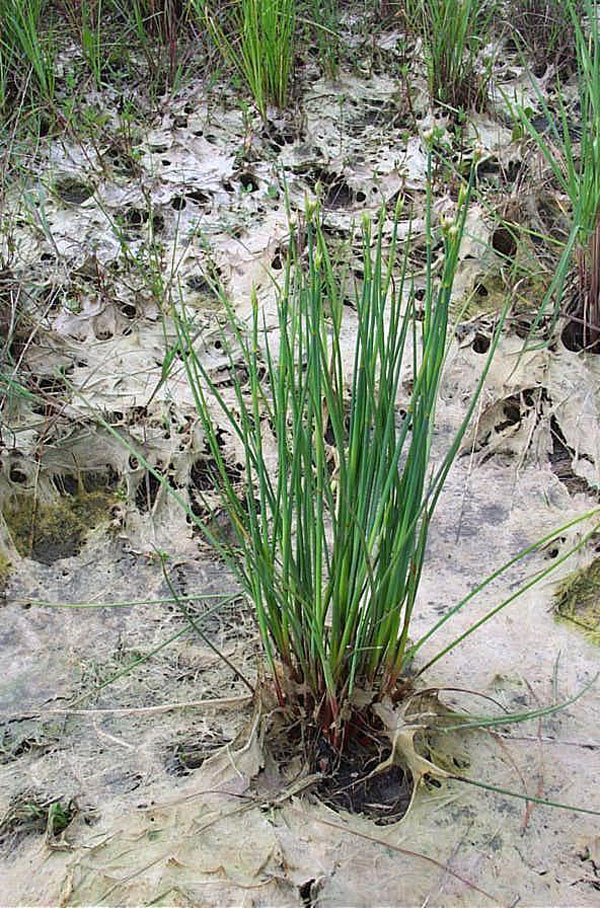 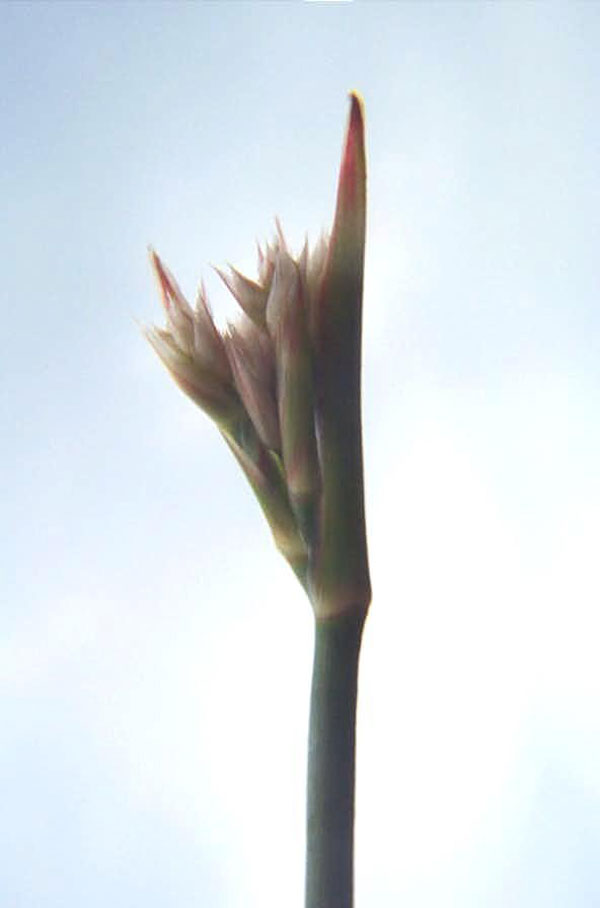 Another native sedge species, found from Texas east to Florida, and north to Virginia.

A perennial that reproduces from seeds, but also spreads by means of rhizomes. Found along roadsides and in disturbed areas, especially those with very wet soils.

Mature plants can be clump forming, with numerous stems and leaves growing to nearly 2 feet in height, and these are narrow and sometimes nodding. The flower head is a small, compact group of flowers at the end of the stems, with a short, almost spine-looking bract rising vertically on one side of it. The several flower groups are short and composed of just a few flowers, and these also have a spiny appearance to their outer ends.

A systemic herbicide would be most effective in killing both foliage and rhizomes of this weed.