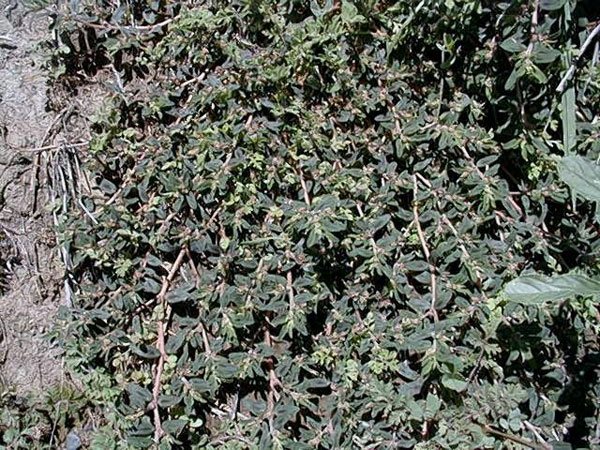 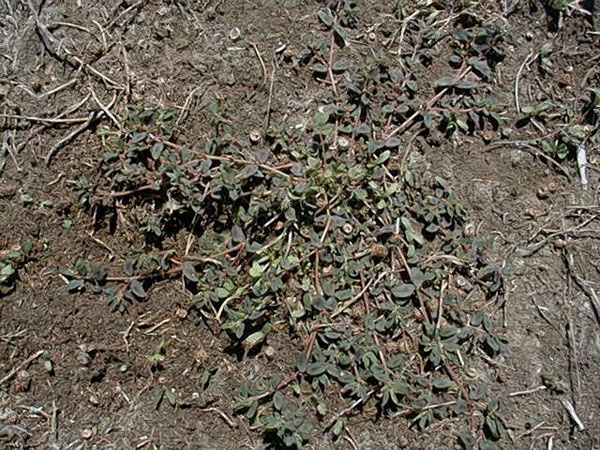 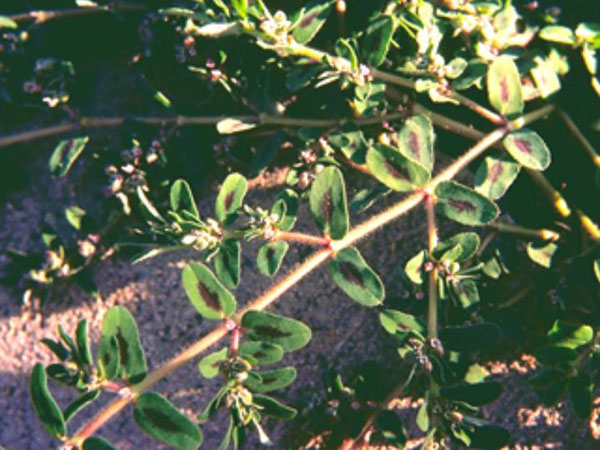 Native to the United States, and now widely spread across the continent and south into South America.

Annual weeds with a prostrate, creeping growth, or an ascending growth when among other plants. When growing on open ground it is multiple branched and forms thick mats of foliage. Stems and leaves exude milky sap when broken. This is an extremely common weed in landscape and turf, as well as in roadside areas, ditch banks, and cultivated crops. Propagation is from seeds, with an extremely heavy seed production in larger plants, but seed production beginning even on plants that are only a few weeks old.

Both prostrate and spotted spurge have growth habits and foliage nearly identical. Differences may be: (a.)Spotted spurge – does not root at the nodes, leaves are dark green with a purple blotch in the center, (b.)Prostrate spurge – roots at the nodes of the stems, leaves are pale green to gray-green. Leaves of both varieties often have a distinct purple spot in the center of the leaf. Leaves are small, egg-shaped, and opposite on the stems. Stems are reddish or pink and covered with fine hairs. Flowers are in small clusters of tiny flowers that grow in the leaf axils. They are pink to white and occur along the entire length of the stems.

Annual weeds with heavy seed production throughout the summer. Physical removal is easy, but the profuse growth of seedlings makes this difficult. Cultivation and turning of the soil, where possible, will kill seedlings but more seedling production is likely.