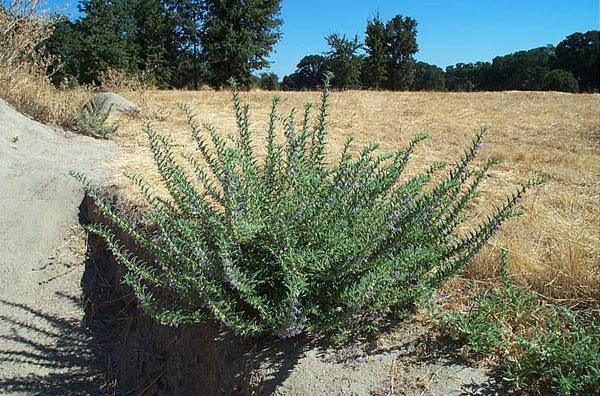 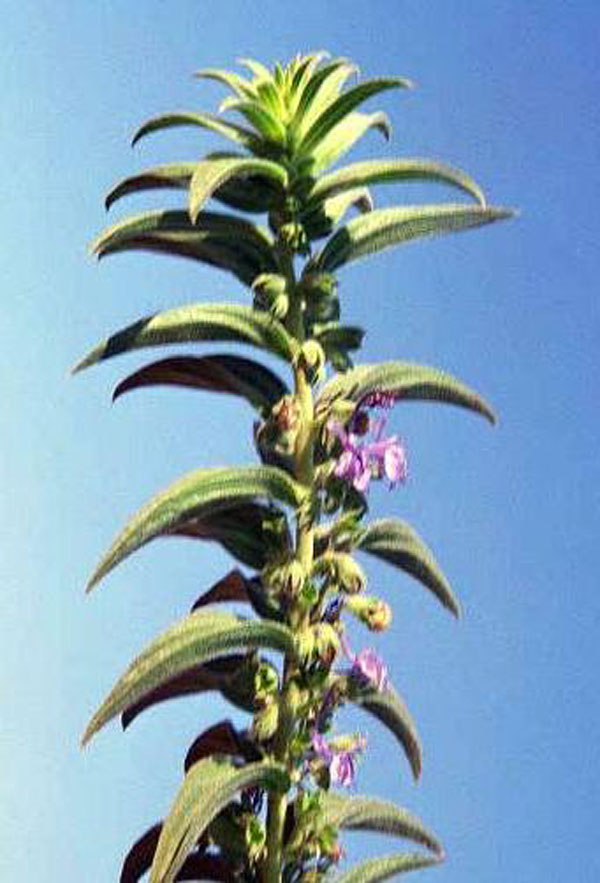 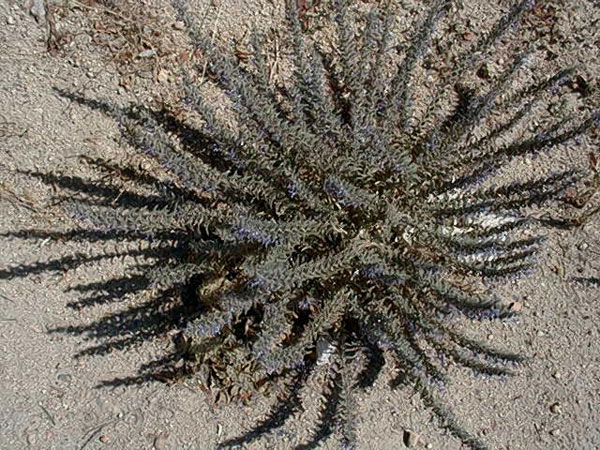 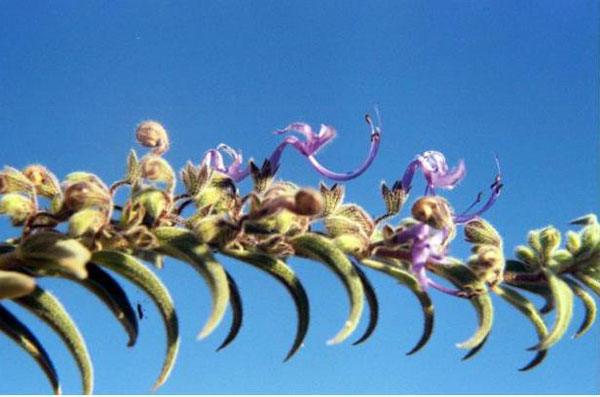 Native to the west coast of the United States, and distributed throughout California and into southern Canada.

A summer annual, found commonly in rangeland, grain fields, vacant lots or roadsides, and in newly planted orchards. It has very strongly scented foliage that is sticky to the touch. Reproduction is from seed, and plants mature in mid to late summer.

Mature plants grow spreading and upright, with numerous branches from the base. Both the stems and the leaves are densely covered with sticky hairs and are strong scented. Leaves are opposite along the stems, may be 1.5 inches long without stalks, and are lance-shaped and pointed at the tip. Flowers arise from the axils of the leaves on short stalks. Flowers are blue to violet and are tubular and elongate, with an extremely long set of stamens that curve outward.

An annual weed producing seeds in late summer to fall. It grows readily on very dry soils, and is less tolerant of high moisture