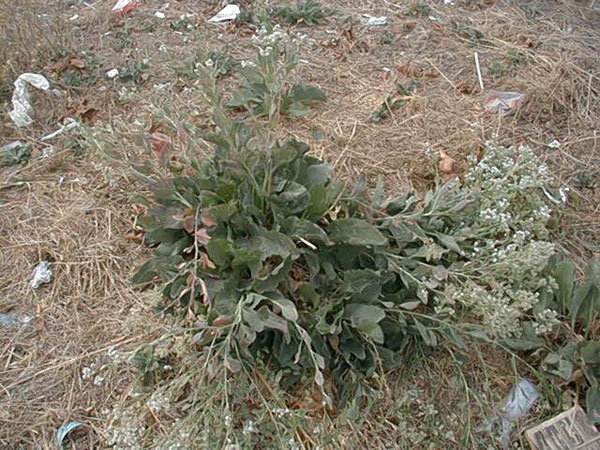 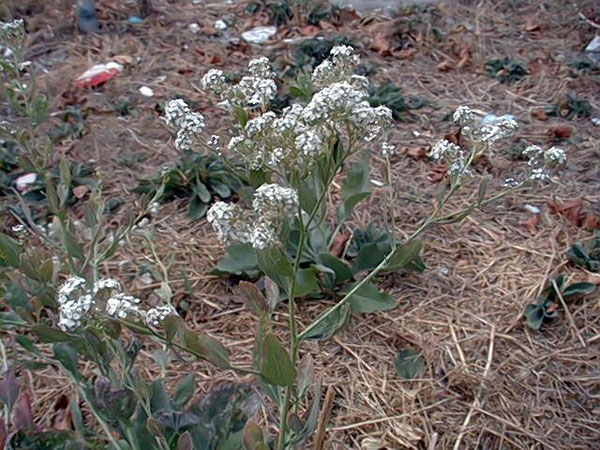 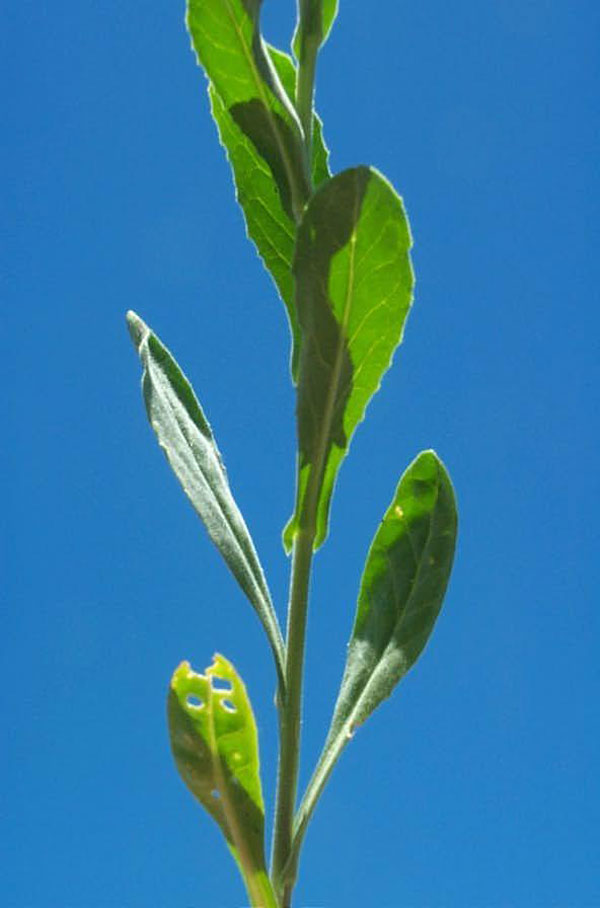 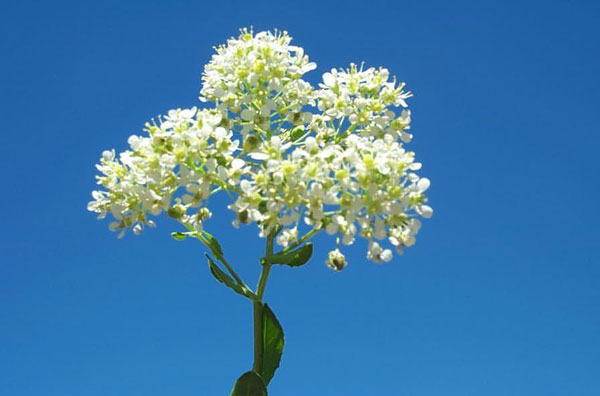 Introduced from Europe, and now an important pest weed in many crops in California.

A perennial that reproduces from root segments or from seeds. Roots are very deep. It is common on alkaline, disturbed soils, and is very competitive with other vegetation. Ingestion in large quantities by livestock may have problems associated with it.

Mature plants stand erect up to 24 inches high. The entire plant has a soft grayish green appearance. Leaves are lobed and clasping on the upper stem, while they appear on stalks on the lower stem. Leaves may be up to 3 inches long, and are either broadly oval or lance shaped. Flowers appear early in the spring and seeds are set by mid-summer. There are many white flowers in a large cluster at the end of the stem, and they give a flat-topped appearance to the plant.

A perennial reproducing from seed or root sections. Tillering may spread the infestation. Plants also grow from roots that spread laterally in the soil, with new shoots at the root nodes.