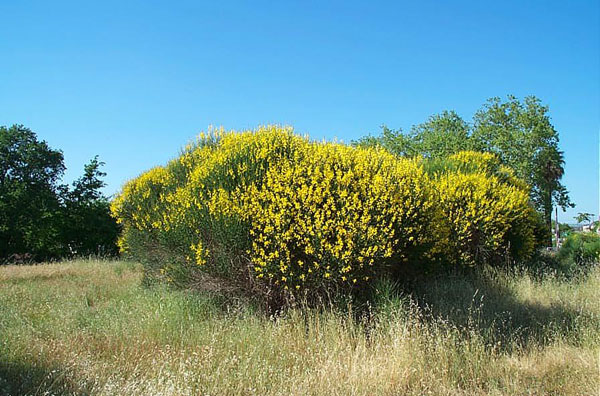 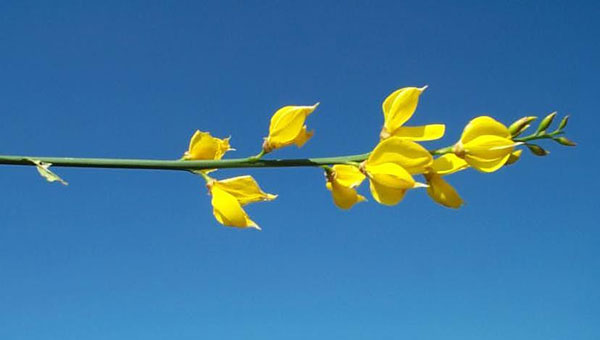 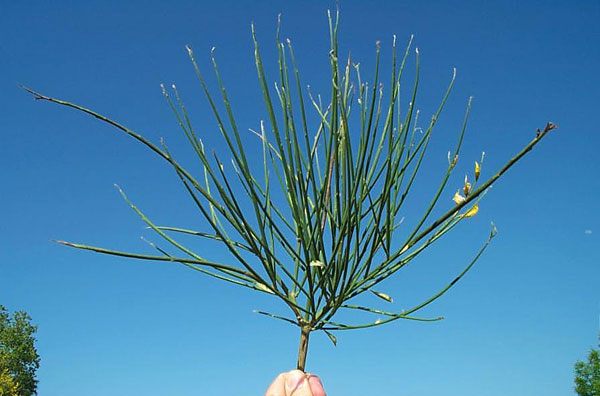 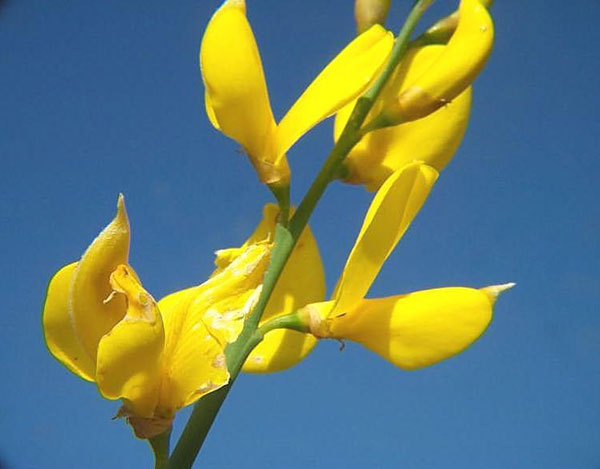 Native to the Mediterranean region, but introduced to many other continents, and found widely along the west coast of the United States and southern Canada. It also has been introduced to Hawaii.

A perennial, highly invasive plant that reproduces from seeds. Plants are very tolerant of a wide range of soil and atmospheric conditions, and are highly drought tolerant and grow well in dry, compacted soils. These can become shrubs up to 10 feet or more in height, and spread to well over that in diameter, with thick, crowded stems that make it quite impenetrable. Found commonly in disturbed waste sites and vacant lots, along roadsides, and other areas where it can spread and grow for years.

Mature plants are very high and very wide and spreading. The multitude of stems are crowded and form thick bushes. Stems are almost leafless or have a few very small leaves on them. The showy flowers are bright yellow and irregular in shape, being produced in late spring and falling from the bushes by mid-summer in most areas, leaving the plants with the appearance of a mass of leafless stems. The flowers occur as elongate clusters at the ends of the stems, and each flower is separated from the next to give it an open, loose appearance.

Plants can be killed with a systemic herbicide, and where their presence causes a problem they will also need to be physically removed, due to the large size and persistent nature of the dead stems.