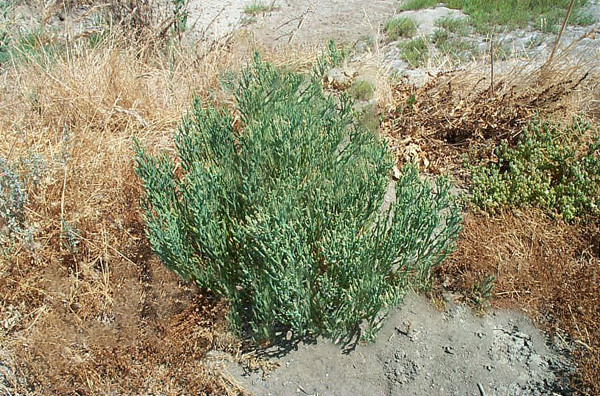 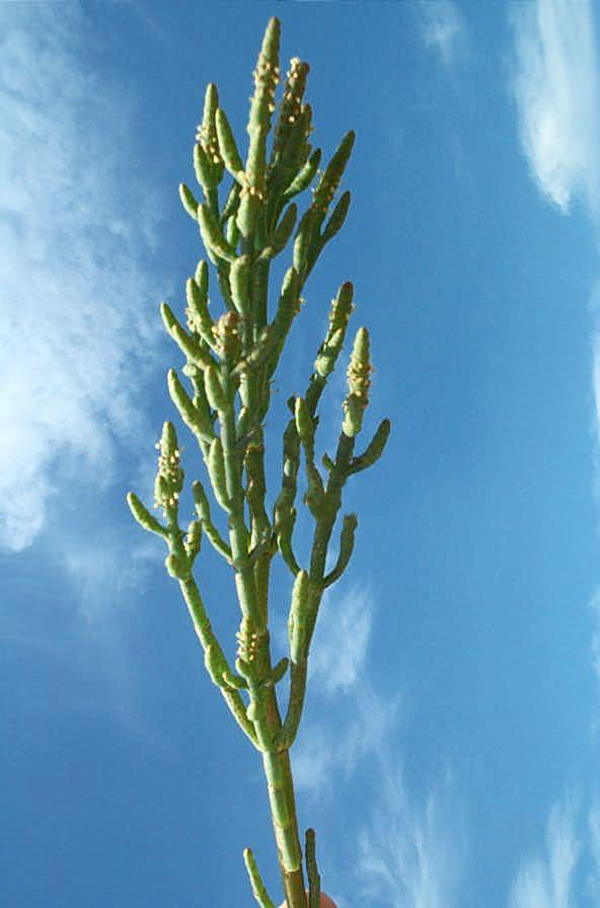 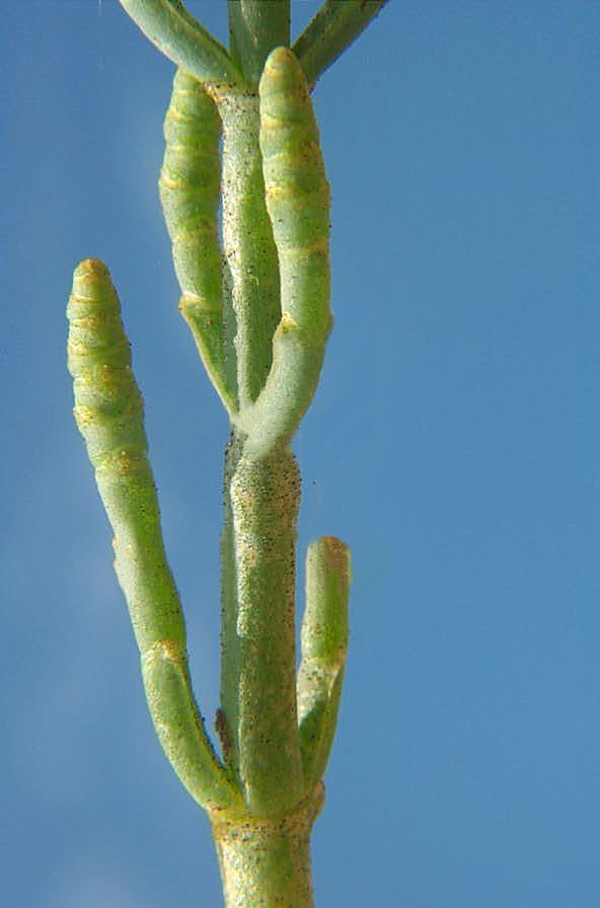 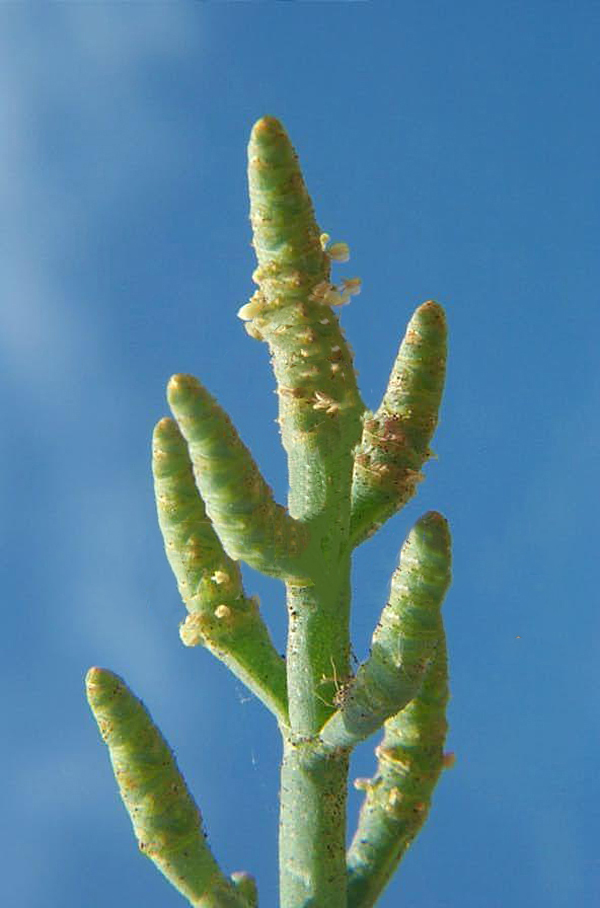 Native to North America, and found throughout the western half of the U.S. and into the prairie provinces in Canada.

A perennial shrub that grows to over 7 feet in height. While it is a native plant is can be invasive, and has spread on saline alkaline flood plains to become a dominant plant species. In cold regions it is deciduous, but readily resprouts after winter or if foliage is lost due to fire. The leaves are toxic and can cause poisoning to livestock that eat them. Sheep in particular can consume a lethal dose of just 2 pounds of leaves, often leaves that have fallen from the plant.

Mature plants may be over 7 feet tall and have a spreading habit that may cause stems to grow laterally to the same diameter. Leaves are pale green and linear, and fleshy and tubular in appearance. They are attached broadly to the stems. The flowers are yellow but small and inconspicuous, occurring at the ends of the stems and hidden within the longer fleshy leaves.

Plants may be killed with an application of a contact or systemic herbicide, but dead plants will persist and may need to be physically removed. Abundant seed production may require the use of a pre-emergent herbicide in areas being renovated.