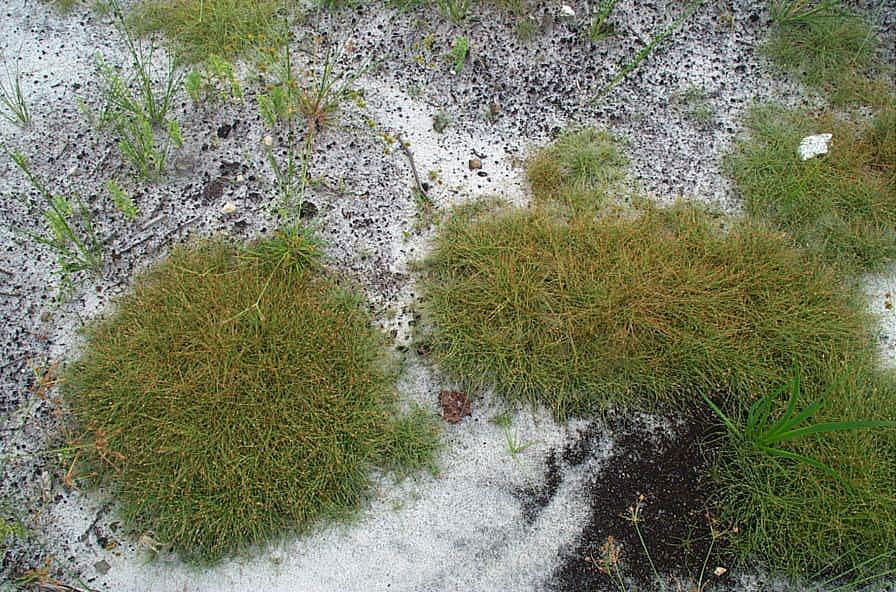 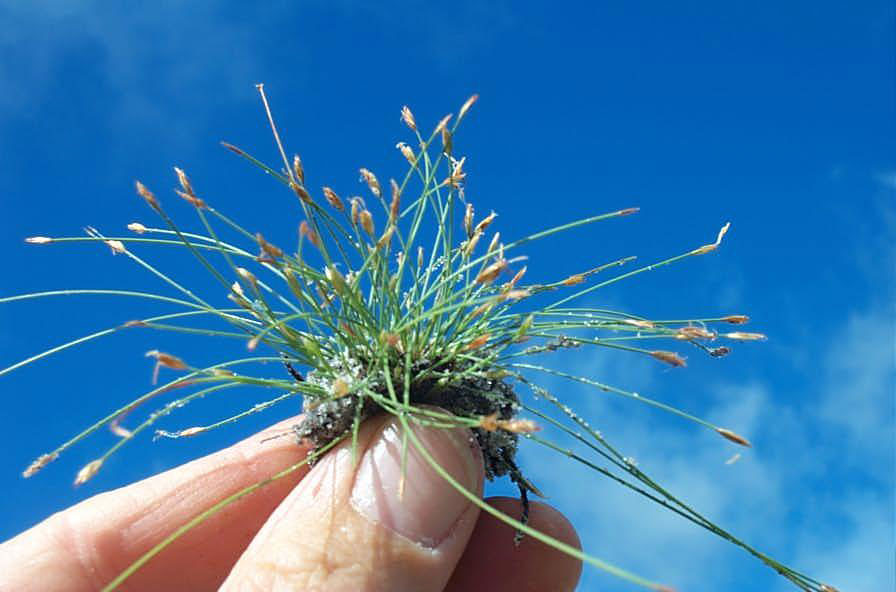 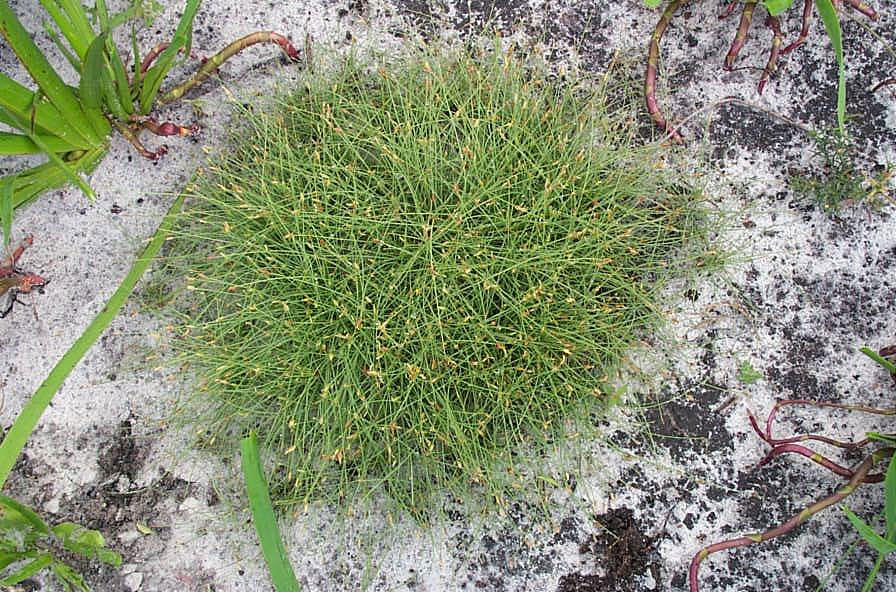 Native to eastern North America. It is found in most southern states from California to Florida and north into New England, as well as in the Great Lakes states. It also is in Hawaii, the West Indies, and Mexico.

An annual plant that reproduces from seeds and rhizomes, it may be found in most moist habitats along roadside and empty fields, as well as landscape and turf. It is a low growing plant that produces hundreds of stems, to form a thick round mat over the soil.

Mature plants are very small, with the overall height remaining only a few inches. Stems and leaves are very thin, with each stem terminating in a single flower spike. This is tan to brown and forms at the very end of the stem.