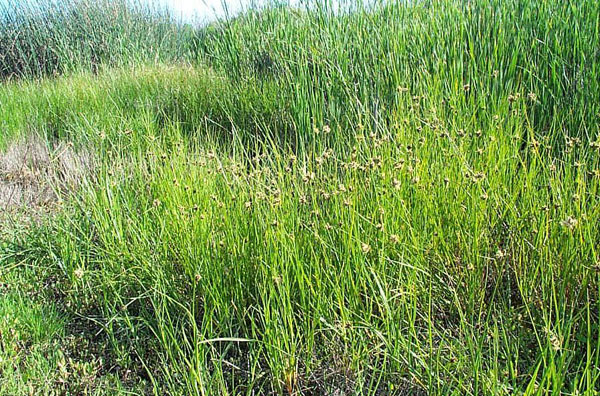 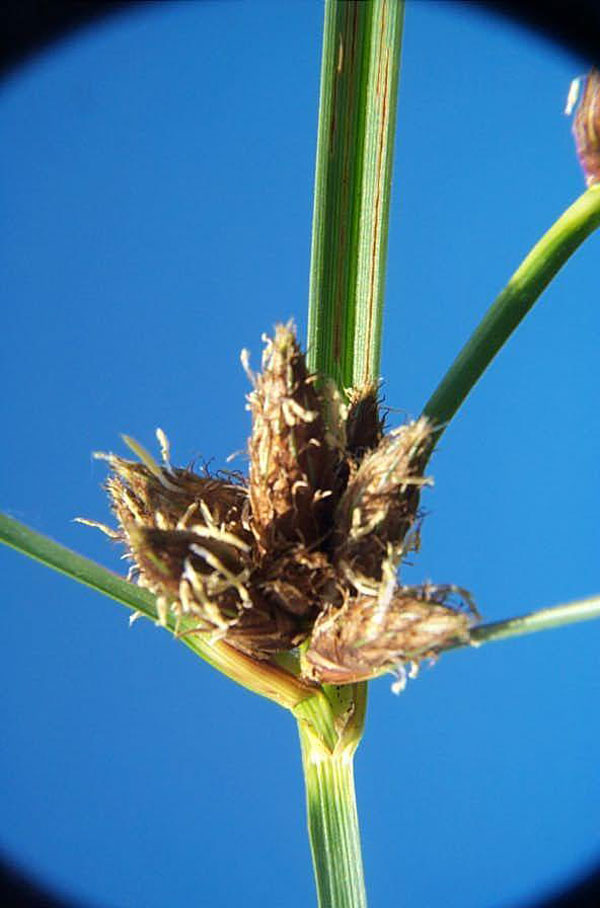 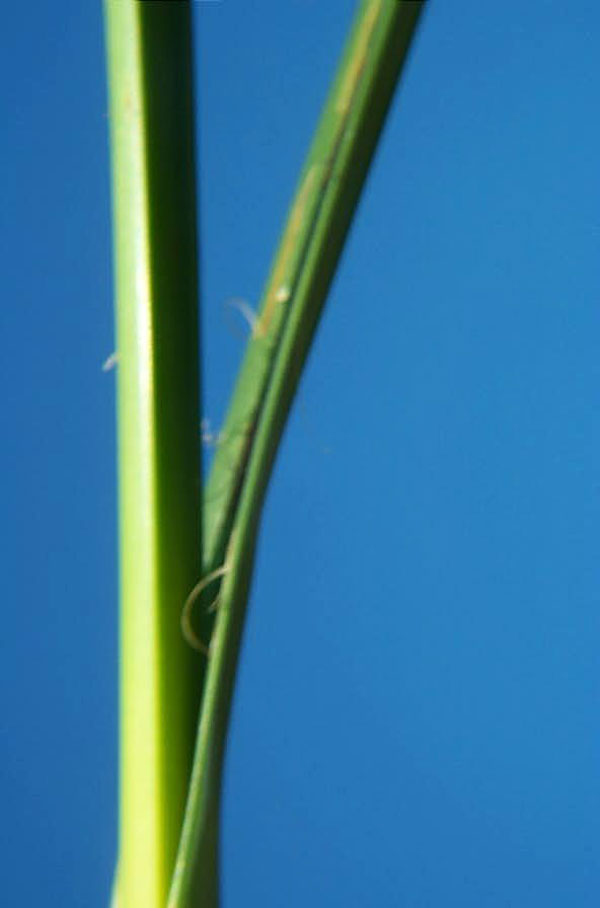 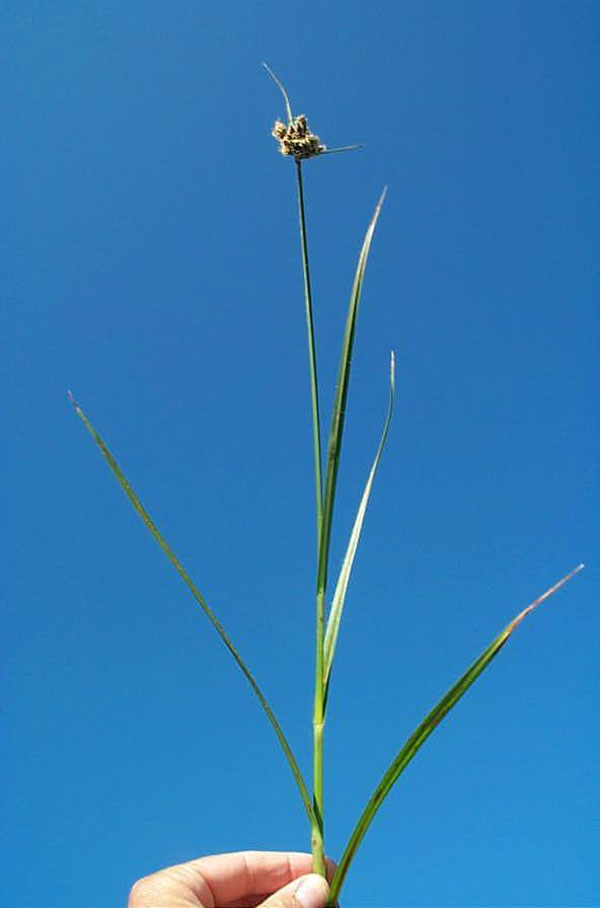 Native to western United States, where it can be a common weed in California in wet habitats.

A perennial plant that can spread from native areas to cultivated areas or into irrigation ditches, where it creates problems with contamination or decreasing water flow. Propagation is from seeds that are dispersed by water, wind, or on animals. Plants also spread with rhizomes.

Mature plants generally remain under 3 feet in height, with one to several erect stems that are triangular in cross section, identifying it as a sedge rather than the similar true rushes. Numerous flat, stiff leaves also grow erect from the base of from points along the stems. The flowering head grows out from the upper stem as a cluster of spikelets arising from a central point, each on a short, thin stalk. The spikelet is a compact, soft appearing head about one half inch long. The veins of the stems are slightly but conspicuously raised to give it a ribbed look.

A systemic herbicide will be necessary to control the plant and its rhizomes where removal is desired.