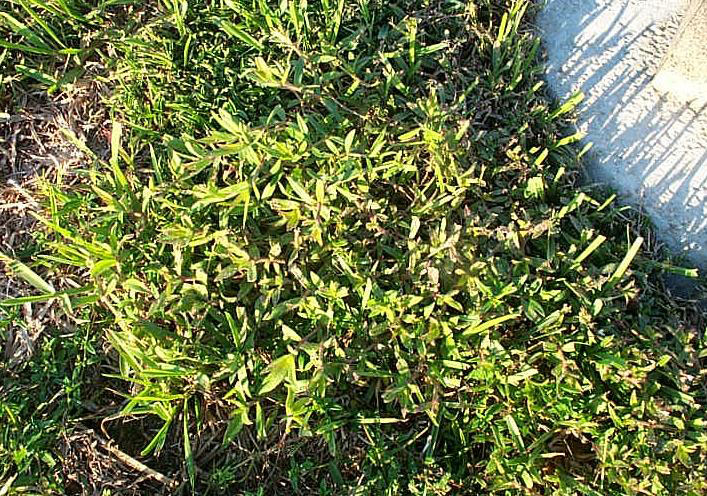 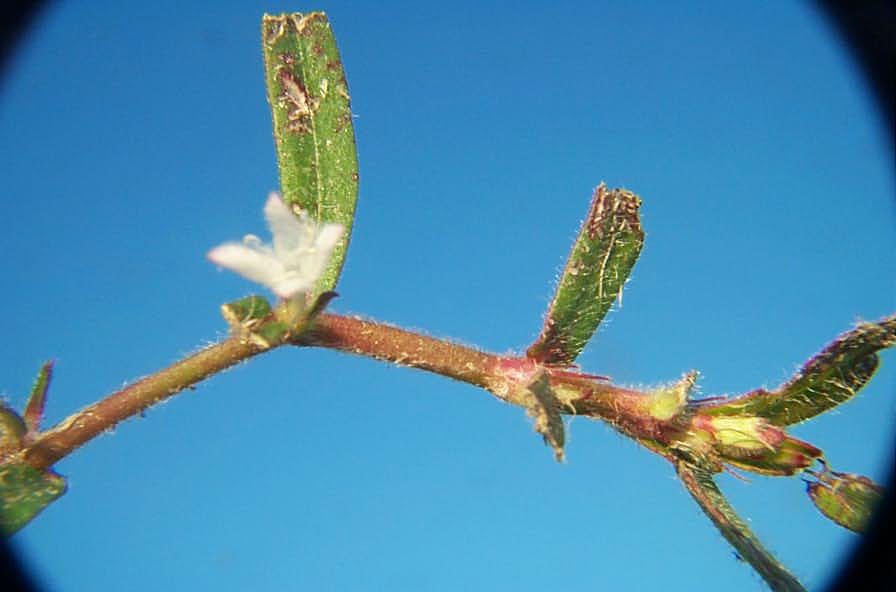 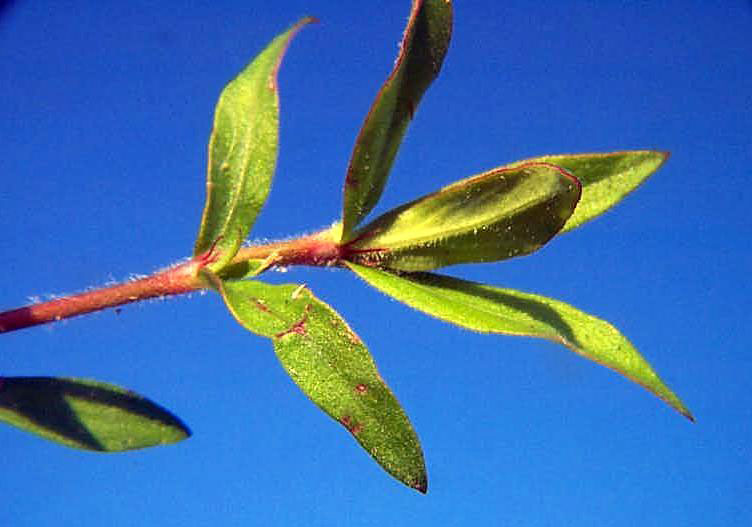 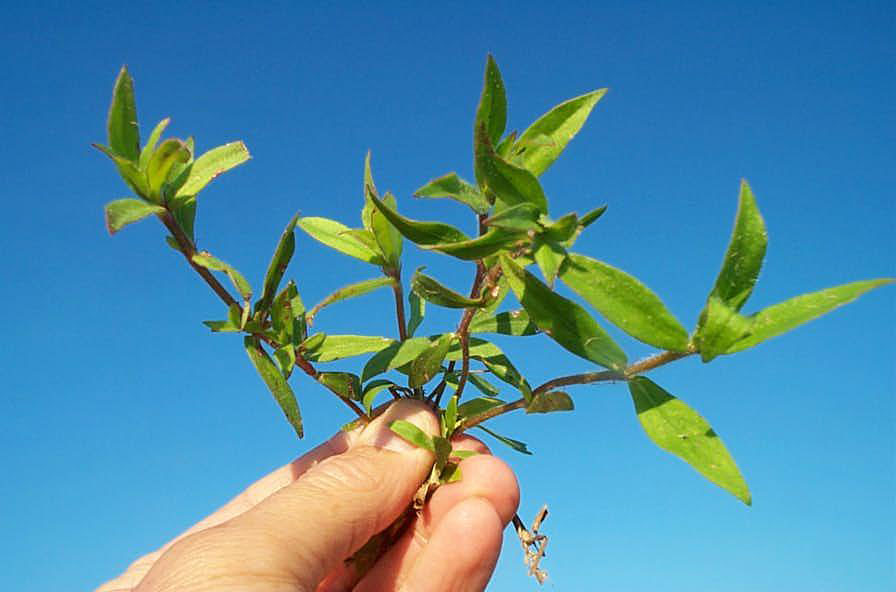 Native to North America, and found throughout the eastern half of the U.S. and into Canada, and along the southern states to California.

A summer annual weed that grows best in loose, dry soils. It grows either prostrate and spreading or somewhat erect, and potentially can form thick mats over the soil or on turf. Reproduction is from seeds.

Stems are long and flexible, and usually are reddish-purple with lines of hairs along them. Leaves are opposite and very narrow and elongate, up to about one inch long, and also covered with hairs. They attach to the stem without stalks. The small, white flowers arise from the leaf axils, usually as single flowers. Their petals are joined at the bases giving them a somewhat tubular look.

A selective broadleaf herbicide will be effective when this weed occurs in turf. Prevention will be with a pre-emergent herbicide in the spring.