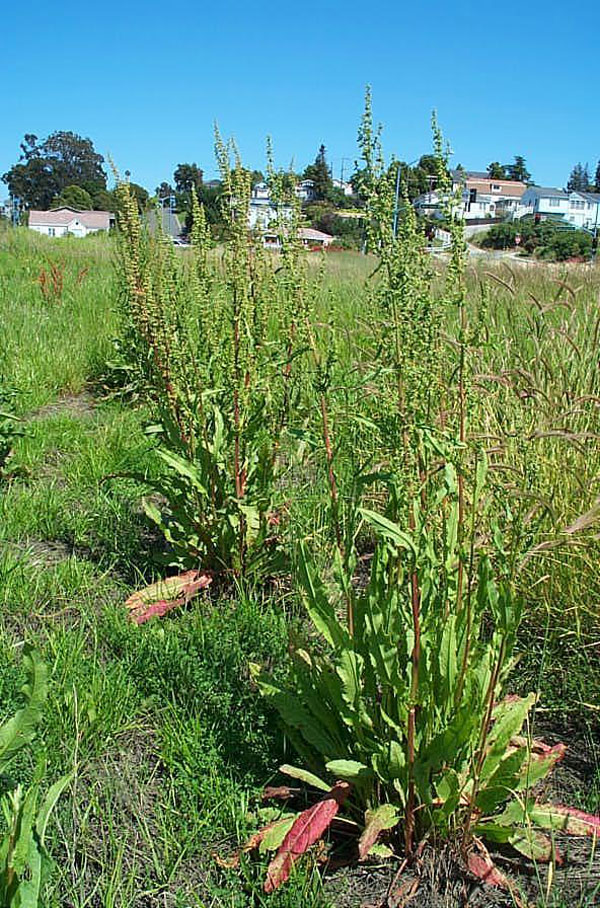 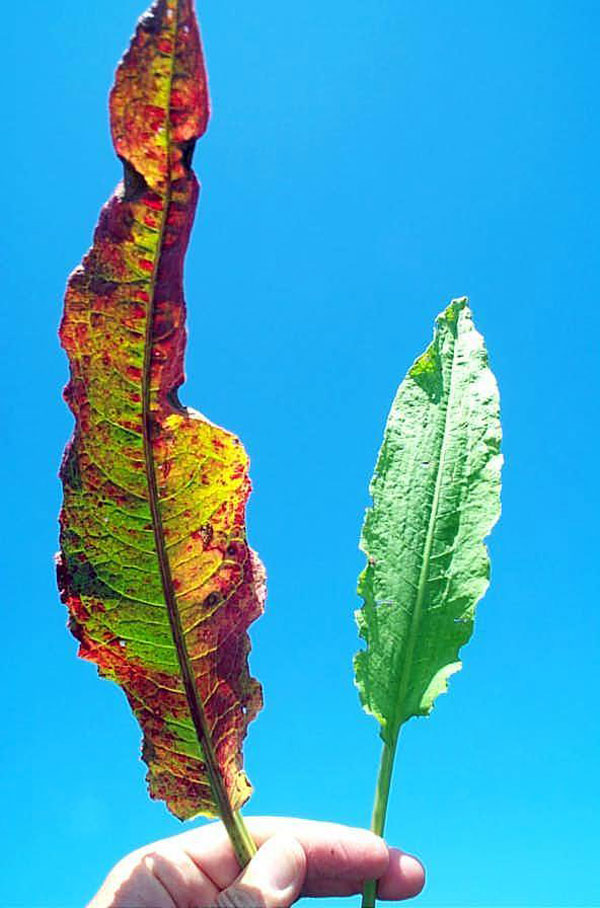 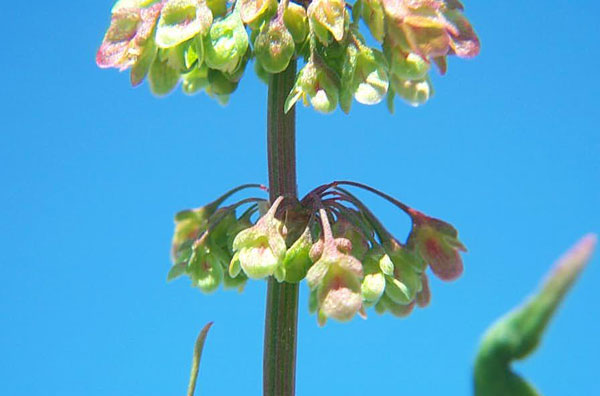 Introduced from Europe, and now found in the United States from Pennsylvania south to Georgia, west to Texas and California and north to Washington. It also has be introduced to Hawaii, and in Australia it is a listed noxious weed.

A perennial weed that reproduces from seeds, of particular importance in moist soils. A deep taproot prevents easy removal of mature plants.

Mature plants grow over 5 feet in height with one to several stout stems arising from the base. The stem is green with a reddish caste as it matures. Lower leaves are lance-shaped and lobed at the base, up to 8 inches in length and with wavy margins. Flowers are produced on long stems that arise off the extending upper areas of the main stems, with flowers and the developing seeds in circles around the stem at the base of the leaves. Seeds are very similar to Toothed Dock, but lack the spines of that species.

Due to the potential for re-growth from the roots physical removal may not be successful. A systemic herbicide will effectively kill all plant parts. Seed production is heavy and control should be done prior to maturation of seeds.