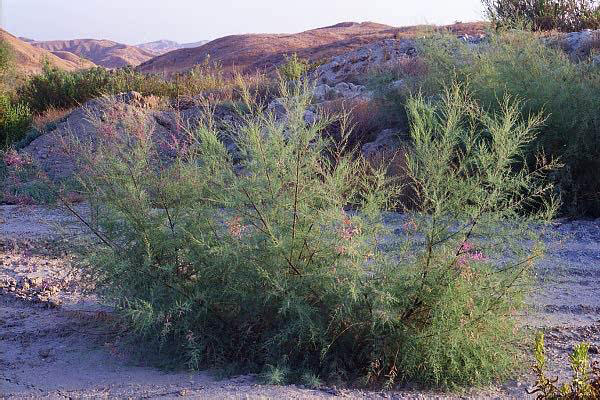 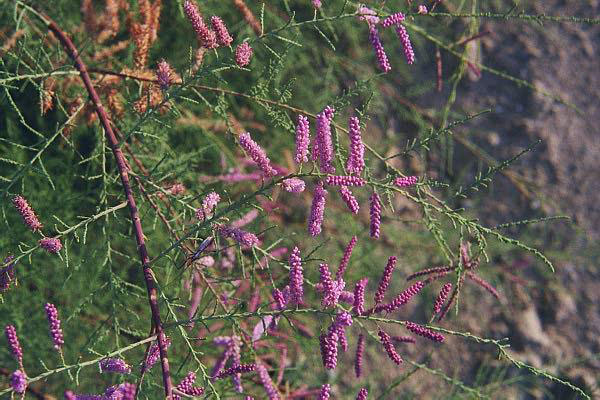 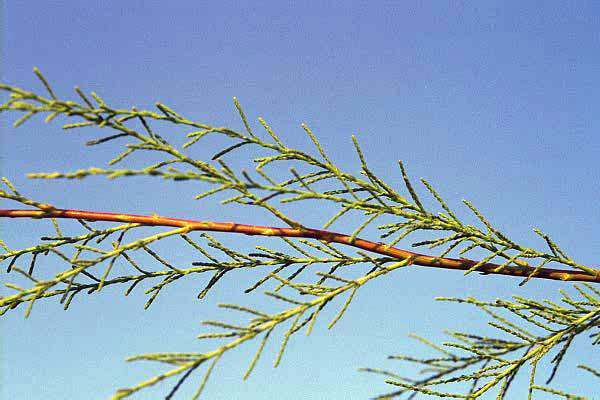 Native to Eurasia and introduced to the United States as an ornamental plant. Now found widespread in the U.S.

A perennial, evergreen shrub or small tree whose leaves are small and very reminiscent of cedar branches. Commonly found in streambeds or along canals and reservoirs, and their growth can be so intense that they choke out other forms of vegetation, offering little plant diversity for wildlife. Their intake of water is so high that they can actually deplete the available water in ponds or streams.

Mature plants can grow as high as 20 feet, and they are multi-branched and extensively spreading. The bark on the stems is reddish brown. Leaves are small and scale-like, giving the foliage almost the look of a conifer such as cedar. Flowers are pink to white and are very small, but grow in showy clusters of many dozens of flowers on finger-like branches at the ends of the stems.

This is a perennial with an extensive root system, and physical removal would be difficult.