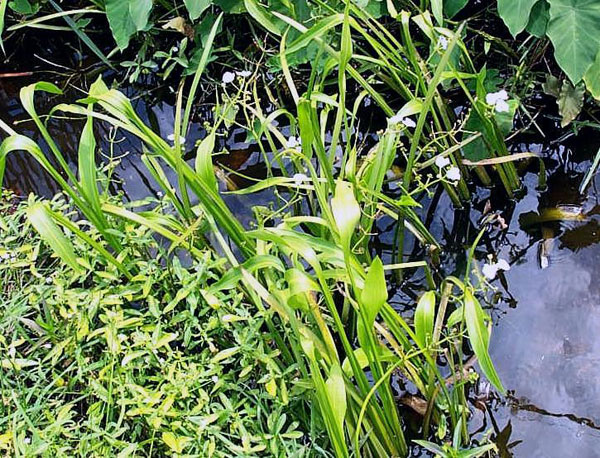 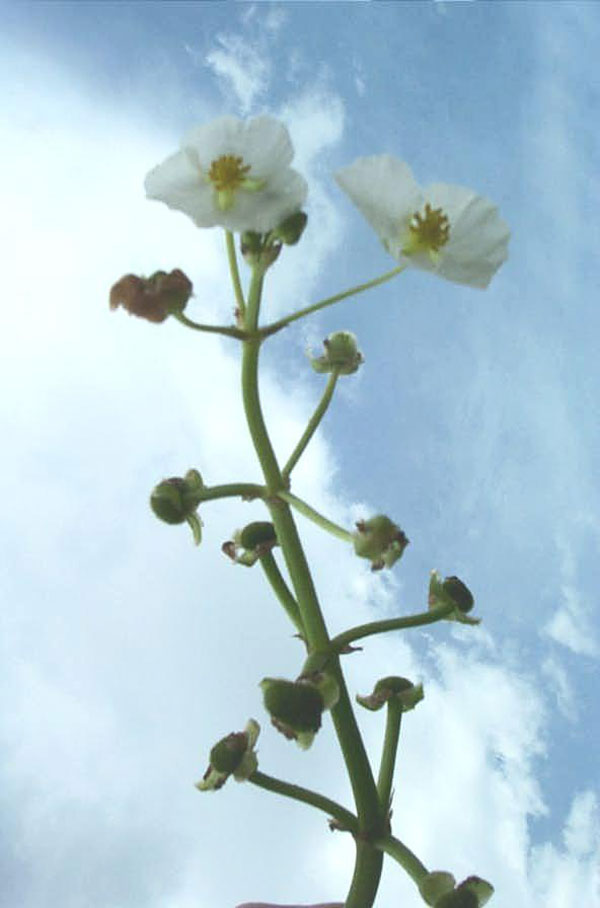 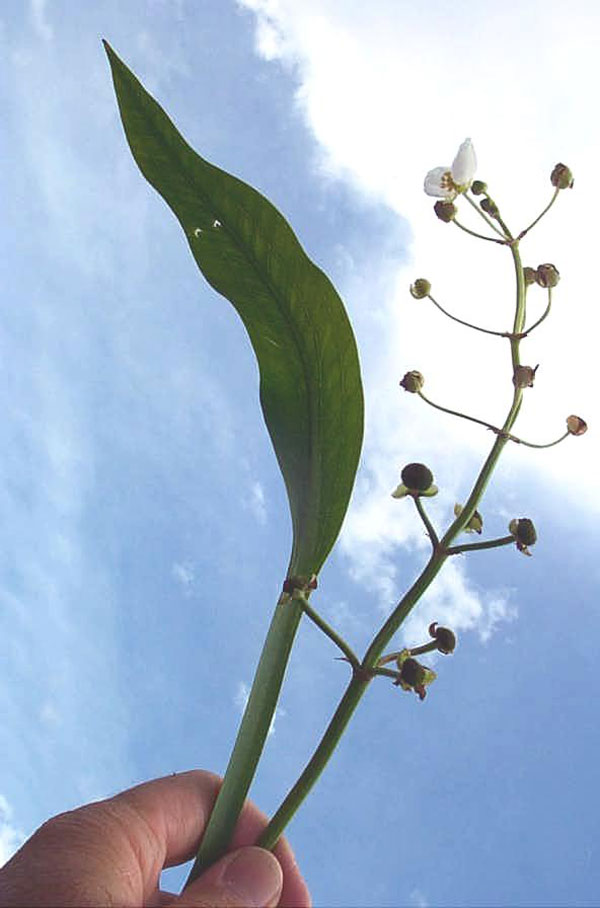 A aquatic perennial that reproduces from seeds, but spreads by its rhizomes to form thick stands of the plant, crowding out other plants in the aquatic environment.

This species of Sagittaria has fairly narrow, more elongate leaves than some other varieties. The lower part of the plant remains immersed with the roots in the soil below, while thick stems above ground terminate with the elongate leaves that may be over 1 foot in length. The flowers are typical of Sagittaria species, as broad, white flowers with 3 petals and a button of reproductive parts in the center, growing on a long stalk that rises above the plant.

A systemic herbicide registered for use over water will be needed to control this plant where it is growing in an undesirable location. Physical removal of the dead plant material will still be necessary to open a channel of water to allow it to flow properly.