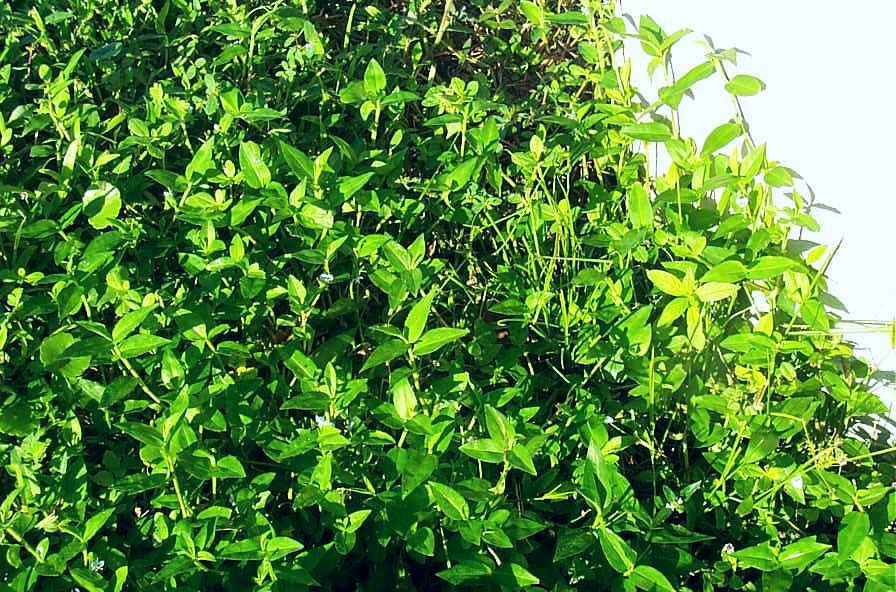 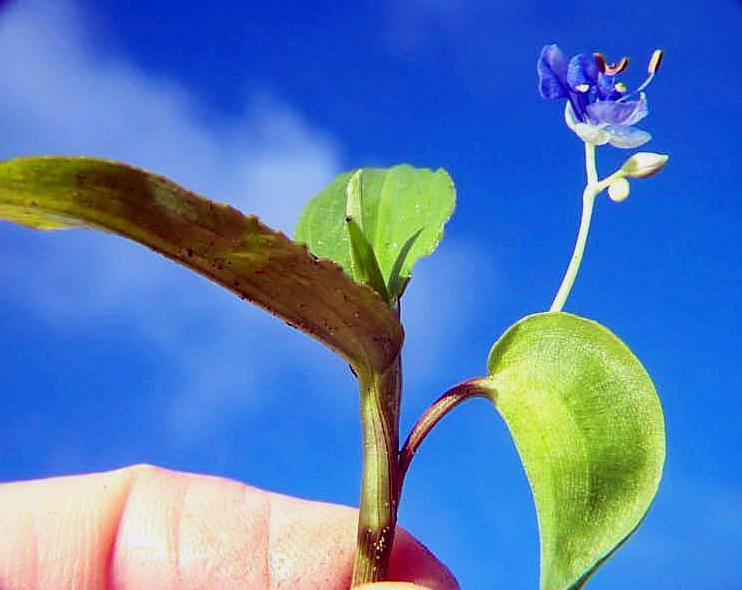 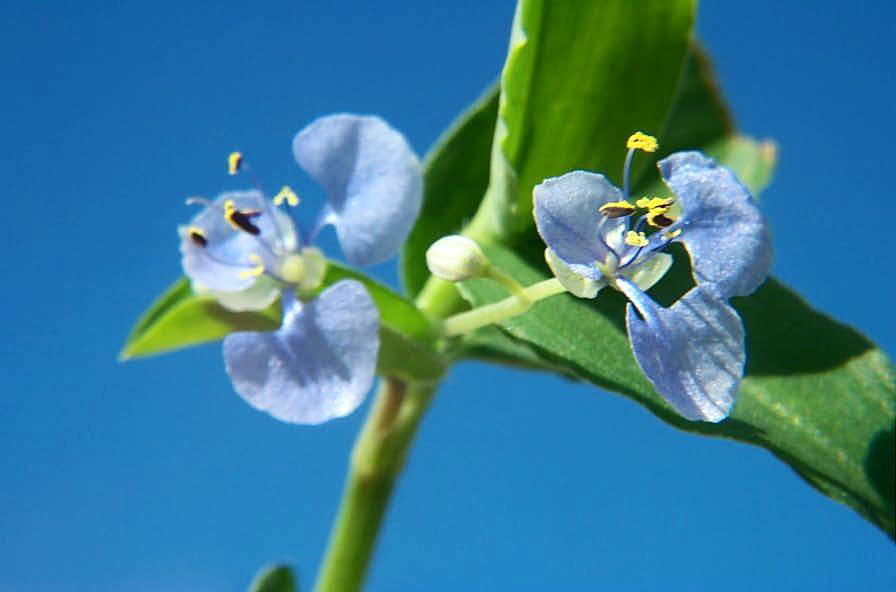 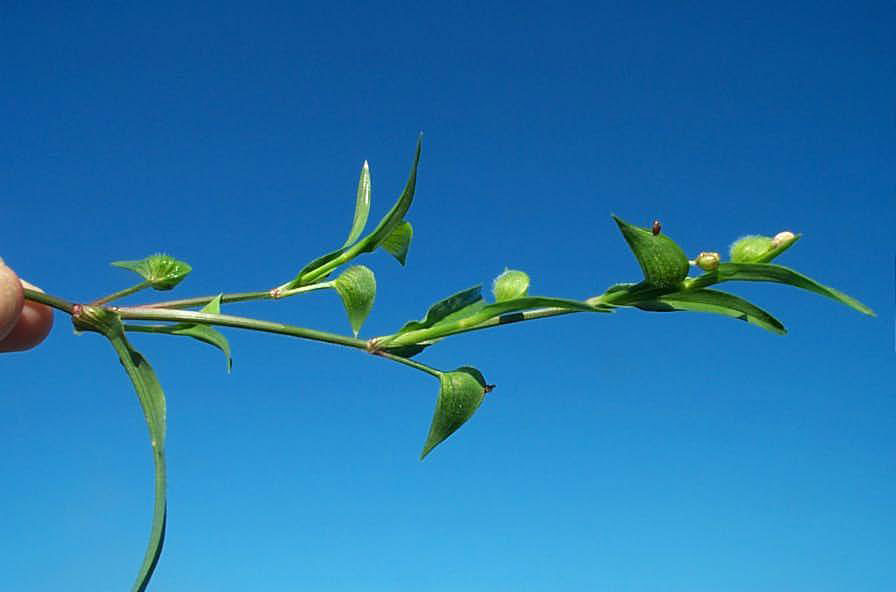 Native to the southeastern United States and Latin America, and found in the U.S. from New England south throughout Florida, west to Texas and Kansas, and in Hawaii and the West Indies. It also is found throughout Latin America as well as in tropical countries in Africa and Asia.

Normally an annual summer weed, but in warmer climates may be a short-lived perennial. Reproduction is from seeds and stem fragments. Plants have many branches of stems, which are weak and prostrate or slightly erect. The flowers last only 1 day, giving this plant its common name. It is a common weed in moist habitats such as turf, landscape, and roadsides.

Plants have many weak stems and are freely branched. Stems and leaves are smooth and shiny, and the leaves are alternate and grass-like, with veins running parallel to the mid-vein. A thin, papery sheath surrounds the base of each leaf at the stem. The blue flowers have 3 petals and prominent stamens, and are on a long stalk which arises from an open, leaf-like enclosure that cups the base of the stem.

In turf a selective broadleaf systemic herbicide will be needed for post-emergent control, and a pre-emergent herbicide will help prevent the spread of the weed from seeds. Hand removal will be ineffective, as plants easily re-grow from broken roots.