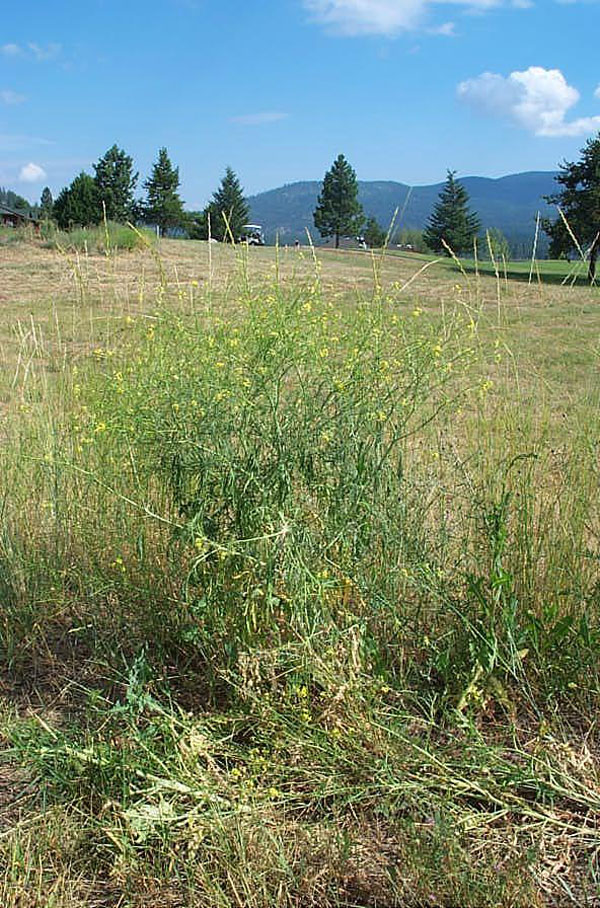 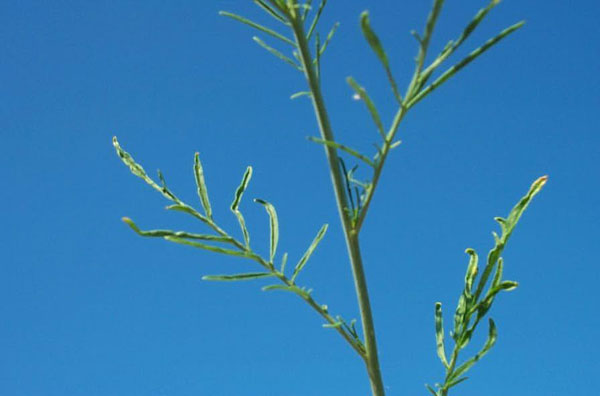 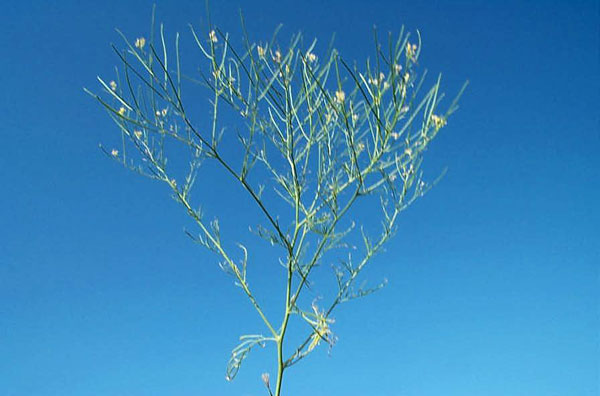 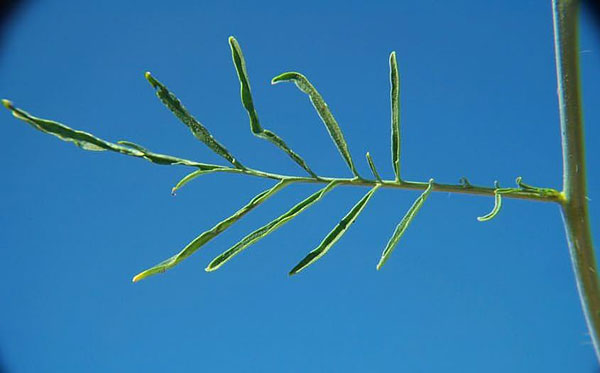 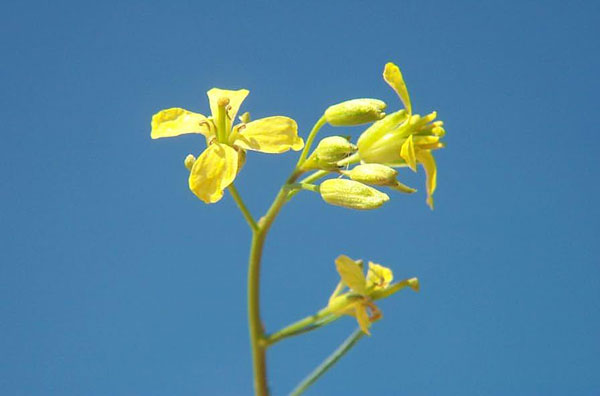 Native to Europe, but now found throughout North America in nearly all states of the U.S., including Alaska and Hawaii.

An annual weed that reproduces from seeds. Germination is in the winter, with plants persisting into early summer in cooler climates. A very common roadside weed as well as in any disturbed sites, grain fields and other crops, and in rangeland.

Mature plants grow to 5 feet tall as widely branching, bushy weeds that can grow in dense thickets. Leaves are alternate and are of two forms. The lowest leaves, which may die back in the warm weather, are over a foot long and are divided into broad lobes cut nearly to the mid-vein. The upper leaves are much smaller and more feathery, with very narrow lobes. The flowers are pale yellow and generally small, in small groups at the ends of the stems. The seed pods are extremely long and thin, up to 4 inches long but very narrow.

Individual plants may be removed by hand, but heavier infestations will require a contact or systemic herbicide. A pre-emergent applied in late fall will prevent germination of the seeds. Cultivation or low mowing will also reduce the plant’s ability to mature and produce seeds.