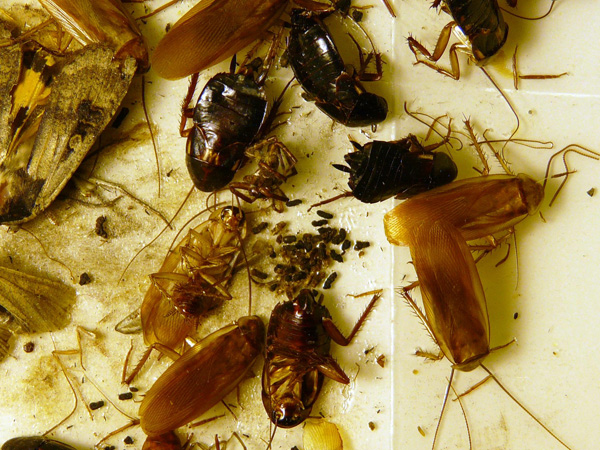 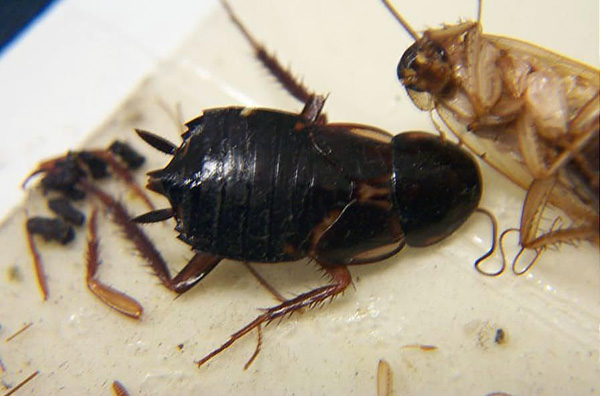 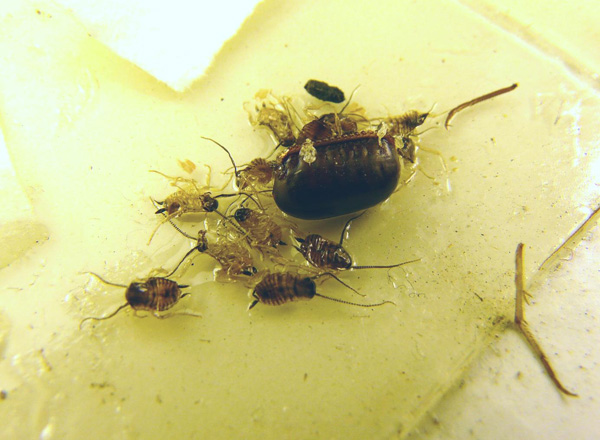 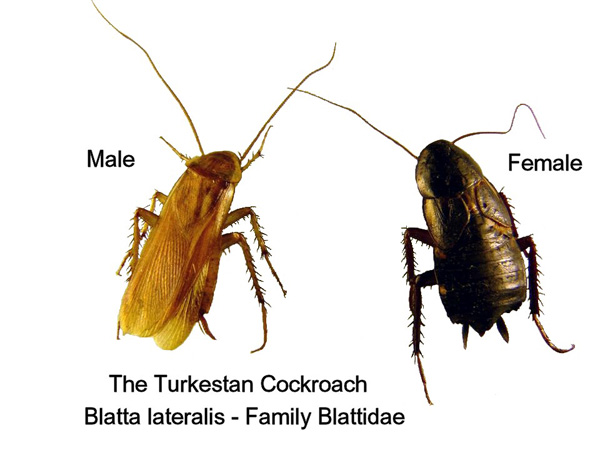 As do Oriental roaches, Turkestan roaches inhabit damp locations such as crawl spaces under structures, meter boxes, or underground water and sewage systems. Their travel through such unsanitary habitats increases their potential as disease vectors. They may be common in outdoor environments and enter a structure on their own by crawling under doors or through other exterior openings. Females carry the egg capsule for about one day and then deposit it in a secluded place. Each capsule has an average of 15 eggs, and the development from egg to mature adult takes about one year. The insects are nocturnal, avoid light, and males are capable of poor flight while females cannot fly.

Full grown adults are about 1 to 1.25 inches in length. Males and females are strikingly different in appearance, with males resembling smaller, narrower American roaches and females almost identical to the female of the Oriental cockroach. Males are reddish brown with fully developed wings that extend beyond the end of the abdomen. They have a light yellow border to the edge of the wings along the inner third. Females have extremely short wings that extend only to the front edge of the abdomen. They are solid black except for a yellow border along the outer edge of each wing, distinguishing them from the female Oriental roach.

Since this species often enters structures by walking in or entering through drains of various kinds, entry points must be dealt with the exclude the insects. Removal of vegetation and harborage sites around the exterior of the building will reduce the presence near the structure. Granular insect baits appear to be very attractive to the Turkestan roach, and applications of residual insecticides around building perimeters, in drain openings, or in sewer and storm system openings will help to control them.