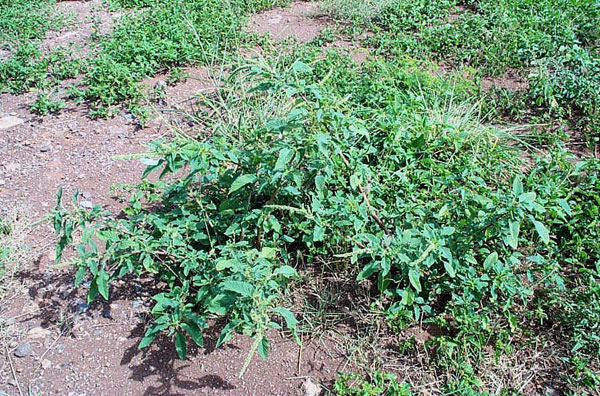 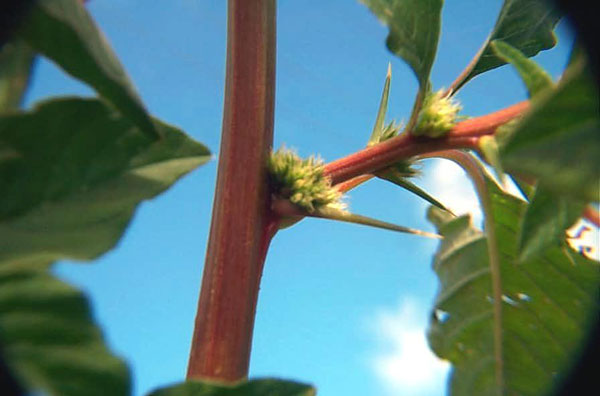 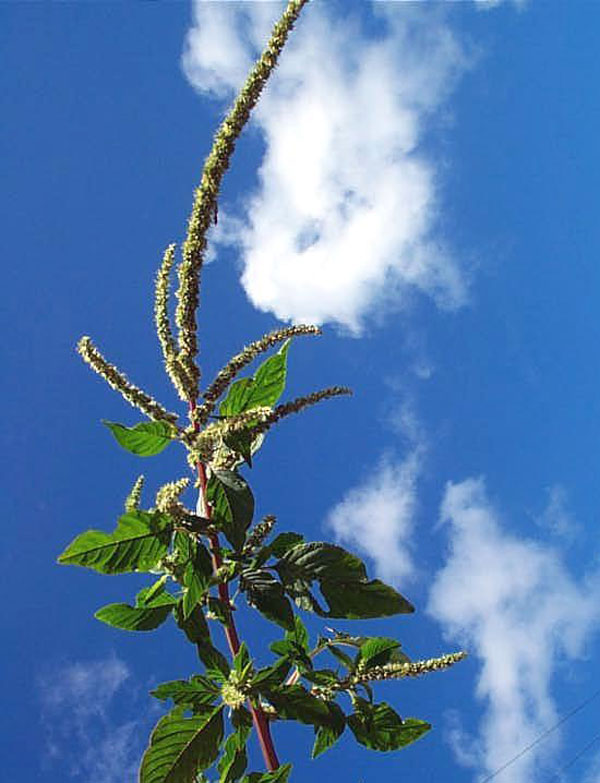 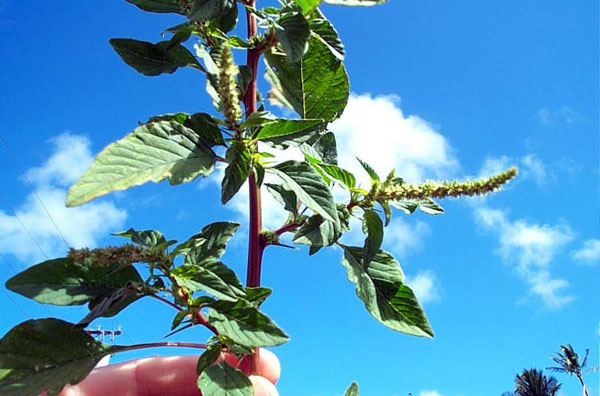 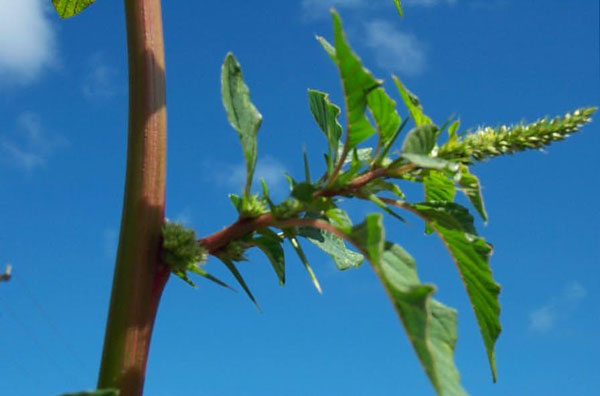 Native to North America, but introduced to Hawaii as well. In the United States it is found in California and throughout the eastern half of the country, north into southern Canada and south through much of Latin America and the West Indies.

An annual weed that reproduces from seeds, this plant is tolerant of wet to dry habitats, and may commonly be found along roadsides, in pastures or fields, in disturbed sites, and in landscape or cultivated areas. It produces large quantities of seeds that may grow thick stands of the plant. It is undesirable for forage due to the spiny stems and branches.

Mature plants are erect up to 4 feet in height. The thick, smooth stem is reddish in color and has longitudinal grooves running its length. There are many lateral branches. The leaves are lanceolate, pointed at the tip, up to 3 inches long, and on long stalks. The leaves are alternate, and at the base of each leaf, both those on the main stem as well as the branches, there is a pair of long, sharp spines up to ½ inch long. The flowers are numerous and arranged in crowded spikes at the ends of the stems and branches. The spike on the main stem may be over a foot in length.

Physical removal of individual plants is effective in landscape. For larger infestations a non-selective contact or systemic herbicide is effective.