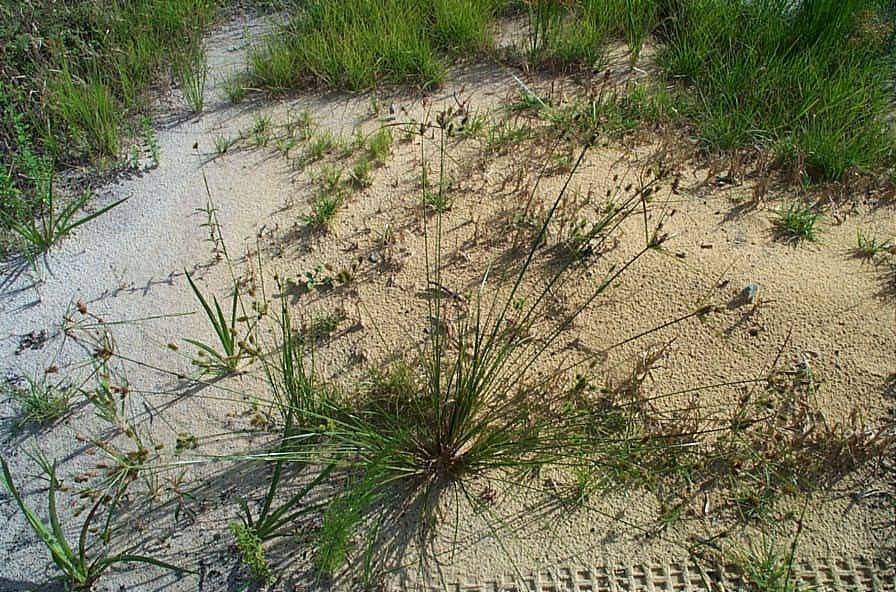 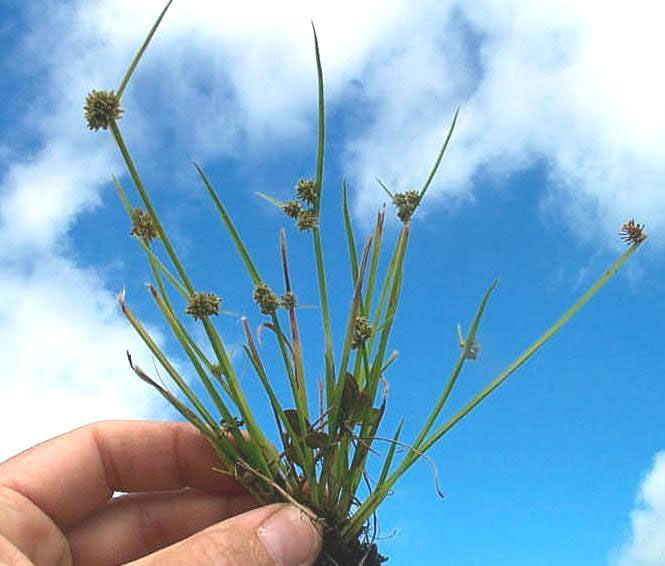 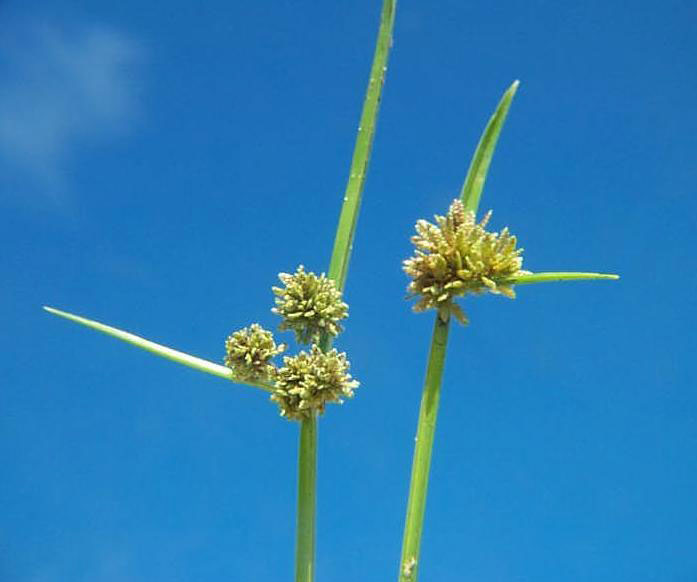 Native to tropical regions of Eurasia, but now spread to many other areas of the world. In the United States it occurs from California along the southern states to Florida and north to Pennsylvania, as well as in Hawaii and Puerto Rico.

This sedge is a serious pest in crops such as rice, sugarcane, and corn. It grows rapidly under good conditions, and can grow from a seed to a mature plant in just over a month. In rice fields it is resistant to many herbicides, but where herbicides are not used it can easily overwhelm a crop such as rice. It also may be a pest of turf, landscaped areas, roadsides and disturbed areas.

As the name suggests, mature plants may be quite variable in size, but potentially could grow to stems over a foot long, with a clumping habit and numerous stems and leaves. Stems are stiff and triangular, and leaves are stiff and V-shaped. The flower clusters occur at the ends of the stems, along with several additional leaves that grow laterally. The single to multiple flower clusters are composed of many flattened, lance-shaped spikes arranged in a tight, irregular ball.